Personally, I wish actress Oprah Winfrey would lighten up and make a comedy like THE DEVIL WEARS PRADA or BRIDESMAIDS or THE FIRST WIVES CLUB. She's done a steady stream of dramatic, "Help us, Jesus" projects.  The Hollywood Reporter told us that she's taking on another heart-wrenching project.  I paid to see TERMS OF ENDEARMENT a few times when its original release.  I paid to see it again after I'd attended a critics' screening so I could review it.  That's how much I loved Shirley MacLaine, Debra Winger and Jack Nicholson.  If you've seen this mother-daughter relationship movie that covers the highs and lows of their often-rocky but totally loving relationship for over 20 years, you know what a tearjerker that comedy/drama is.  And it has very funny moments. 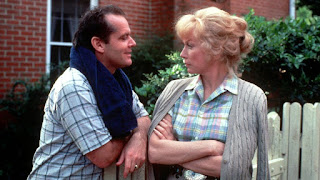 James L. Brooks, the man who gave us THE MARY TYLER MOORE SHOW, RHODA and TAXI wrote and directed and produced TERMS OF ENDEARMENT.  He took home three Oscars.  One for writing, one for directing and one for producing the Best Picture of 1983.  Shirley MacLaine won for Best Actress.  Jack Nicholson won for Best Supporting Actor.  He played the playboy former astronaut next door. 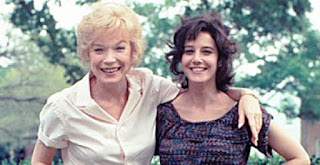 The first time I saw it, I laughed so hard at its wittiness, truthfulness and Shirley MacLaine's outstanding performance as the persnickety but devoted single mother, Aurora Greenway.  She can be so hard to please.  She's a widow and her best friend in life is her rebellious married daughter, her only child, played by Debra Winger. 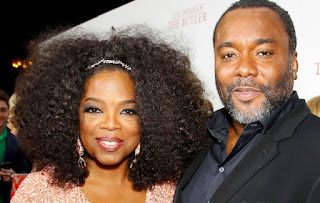 Producer/director Lee Daniels, plans to do a remake with Oprah taking on the mother role and the daughter, reportedly, will now get infected with AIDS.  Debra Winger played Emma, the daughter, in the original. According to The Hollywood Reporter, Daniels plans to now make Emma's husband a closeted gay man.  The remake will be set in the 1980s.

Then...it's not TERMS OF ENDEARMENT, in my opinion.  That's much darker in storyline than 1983's TERMS OF ENDEARMENT.  It cancels out the warmth and humor we loved about the original version.  How do you feel about that?  I say just write Oprah an original AIDS drama script and shoot that.  I love me some Oprah but this remake doesn't seem like a great idea to me.

In my New York City years, I had a few encounters with actress Celeste Holm.  The first one was when I interviewed her on WPIX TV.  In the make-up room before the taping, we chatted about different stuff.  She talked about a Fox musical she made that she felt was awful, an ex-husband she divorced because he was screwing every other dame he could...but they became good friends after the divorce...a line she had in ALL ABOUT EVE that she didn't like, and we discussed TERMS OF ENDEARMENT.   I told her that I loved it and saw it more than once. Celeste Holm said that she couldn't believe Shirley MacLaine would've had a daughter who looked like Debra Winger.  Why?  Because Winger looked "...too Jewish."

I disagreed.  In the first TERMS OF ENDEARMENT scene, the daughter is a baby in a crib and Aurora is watching her like a White House bodyguard.  You hear Aurora's husband off-camera.  You never see Mr. Greenway before his death, but you hear his voice.  Actor Albert Brooks did the voice. 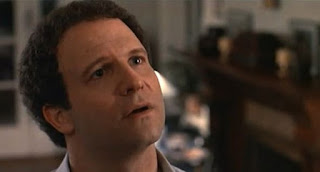 I felt that Shirley MacLaine and Albert Brooks could have produced a kid that looked like Debra Winger.   And I said so. But that's just me.

If you have never seen TERMS OF ENDEARMENT -- the original -- I highly recommend that you do. Have plenty of tissues nearby.