I totally dig actor Michael Peña.  He reminds me of every cool Mexican-American dude who was my classmate during my Catholic high school years in Watts back in South Central L.A.  Actor Michael Peña can go from serious dramatic work to giving you a solid comedy performance as easily as the snap of your fingers.  He is that talented, that versatile.  I've been a fan of his for over ten years.  He's not the leading man or the star of most the films in which I've seen him, but he always delivered.  He always stood out.  Each performance was good.  Each was different.  It's Thursday and he was a guest in the last hour of today's GOOD MORNING AMERICA.  He was promoting his new film, a big screen comedy version of the popular old TV cop series, CHIPS.  You can probably guess he took on the role that made Erik Estrada a TV star in the late 1970s. 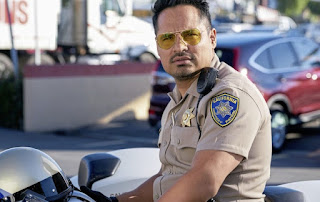 Let's face it.  We can tell this movie is not exactly highbrow.  It's another very loose Hollywood update adaptation of a hit TV series from decades ago.  Critics haven't been keen on it. 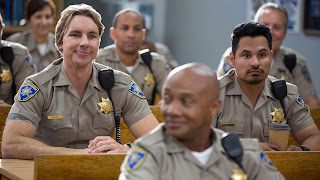 BUT...Michael Peña has a lead role.  He plays the sexy, street smart half of the cop duo.  He deserves lead roles.  If CHIPS does well at the box office this weekend, Hollywood will notice and, I hope, send him more scripts with lead role offers.  Good script offers. 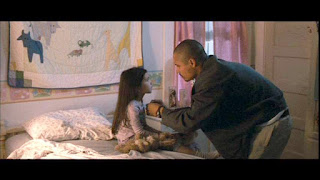 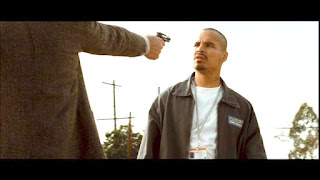 Michael Peña has acted in five films that were Oscar nominees for Best Picture.  He did MILLION DOLLAR BABY, CRASH, BABEL, AMERICAN HUSTLE in which he stole scenes as the guy masquerading as the wealthy Sheik Abdullah, and he played a space crew member in THE MARTIAN.

In this age of diversity and inclusion matters, a minority actor being able to boast of having worked in five Best Picture Oscar nominees -- and two of them won -- that's pretty significant.  I would've mentioned that on GOOD MORNING AMERICA.

Michael Peña starred in a biopic that didn't seem to get much promotion and, unfortunately, didn't get much attention at the box office.  But it's a credit he can still be proud to have on his resumé.  He played a character who was extremely important to all of us in high school -- students and teachers alike.  The Mexican-American actor played CESAR CHAVEZ in 2014.  Actor Diego Luna (Y TU MAMA TAMBIEN, MILK and ROGUE ONE) directed the biopic about the California civil rights activist and labor organizer.  America Ferrara co-starred.

I would've mentioned that in the actor's GOOD MORNING AMERICA introduction too.

For comic book movie fans, Michael Peña announced that there will be a sequel to ANT-MAN.  The big news is that he has completed the highly-anticipated film adaptation of the classic sci-fi fantasy novel, A WRINKLE IN TIME.  Ava DuVernay directed the film.  Oprah Winfrey, Mindy Kaling, Reese Witherspoon and Chris Pine also headline the cast.

I'd love to buy a ticket to that one right now.  Bravo, Michael Peña!  You are way overdue for movie stardom.  You've earned it.