I felt like I'd heard that an old college buddy had died.  That's how the news about actor/director Bill Paxton hit me.  He mastered the art of playing that big, brawny and brainy buddy you could count on to help you out -- like in ALIENS, TWISTER, TITANIC and APOLLO 13.  I feel we viewers really got to see his different layers and actor's depth on a regular basis when he starred as the ambitious Mormon with three wives on the HBO series BIG LOVE.  Oh, man, he was good on that series. 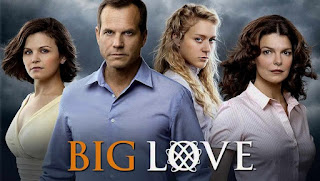 One of the most heart-warming things to see after the news of his death was released was the outpouring of affection from so many people in Hollywood.  Bill Paxton must have been a George Bailey-type in real life.  Apparently he was dear friend and a great husband.  He also loved his profession.  He loved films and he loved making films.  Here's a brief podcast piece I did when BIG LOVE was still airing on HBO.  After the series ended, Paxton went on to other juicy roles that also displayed his dramatic gifts quite well.  If you never got to see BIG LOVE, it's worth binge-watching on DVD. 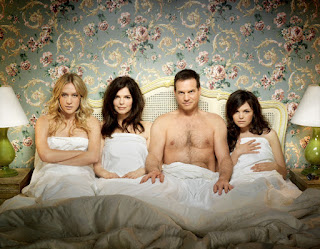 This podcast piece is about a 2005 Disney film called THE GREATEST GAME EVER PLAYED.  It's based on a true story.  Bill Paxton directed this overlooked winner in family entertainment.  Click onto this link and give a listen:
bobbyrivers.podomatic.com/entry/2011-03-14T05_22_07-07_00. 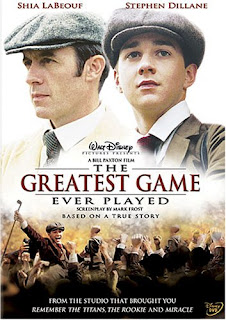 Bill Paxton was 61 and died from complications due to heart surgery.  He'd been working on the new CBS cop series, TRAINING DAY.

KEY & PEELE.  That winner of the prestigious Peabody Award was one of the funniest, boldest and smartest comedy sketch shows to hit Comedy Central since the days of Dave Chappelle.  Keegan-Michael Key and Jordan Peele are friends, versatile actors and solid writers.  They constantly had me doubled-over with laughter the way they took on race, class and religion on their series. 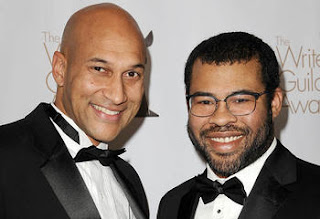 Jordan Peele, the bear cubby one of the pair, made a most applause-worthy -- and successful -- debut as a film director.  His horror thriller GET OUT is a modern-day satire on race in liberal America.  As I wrote in a blog post last month, it's like the 1960s classic GUESS WHO'S COMING TO DINNER meets THE STEPFORD WIVES and SCREAM.  It is fresh and fierce and it taps into some fears that are familiar to me as a black man.

If you've seen GET OUT and you go see it again, pay attention to the opening scene in which the cop asks the black boyfriend for ID.  It is so cleverly written and structured.  You'll appreciate it more on a second viewing.

Jordan Peele wrote and director this horror thriller.  Critics and moviegoers were totally into this movie.  It topped the weekend box office with $35 million.  Peele made the movie for about $5 million.  GET OUT is rated R.

For some family entertainment that the kids and the grown-up will dig, try THE LEGO BATMAN MOVIE.

Yes, it's all animated Lego characters in one of the best big screen Batman adventures I've seen in years.  And it's funny.  It had me laughing in the first three minutes.  It riffs on previous Batman movies and the popular 1960s Bat Man TV series starring Adam West.  This colorful, action-packed feature was directed and co-written by Chris McKay.  Will Arnett, Zach Galifianakis, Rosario Dawson and Ralph Fiennes supply voices.  This is the third time Ralph Fiennes has made me laugh with a role after years of his deep-dish dramatic work in films such as QUIZ SHOW, SCHINDLER'S LIST, THE CONSTANT GARDENER and THE ENGLISH PATIENT.

Fiennes follows his sprightly, surprising comedy turns as the debonair rascal of a hotel manager in THE GRAND BUDAPEST HOTEL and the exasperated 1950s Hollywood movie director in the Coen Brothers' HAIL, CAESAR! by voicing the role of Alfred, Bruce Wayne's butler.

THE LEGO BATMAN MOVIE has no shortage of co-dependent male bonding and rivalry coupled with lampoons of the action superhero movie franchise.
Those little plastic toys were so much fun to watch for two hours.  It's rated PG.