The silver hair, the soothing voice, the no-frills and knowledgeable TV host work in which he seemed to be talking casually to just you in your home.  Robert Osborne was an excellent entertainment journalist, a walking library of film facts and a kind man who brought of touch of old Hollywood class and charm to his work on Turner Classic Movies.  He was the face and voice of TCM and definitely helped the cable network establish an identity.  Like a famed rock star such as Bruce Springsteen or Prince, he was in the AARP community along with millions of fans yet he was charismatic enough to attract young audience members.  He didn't try to be hip.  He just did the work with a joyful passion and that made him hip.  He respected the art of cinema and wanted to bring people to that art. TCM and Osborne was a perfect union of employer and employee.  He'd been off the air for quite some time in recent years.  Monday, March 6th, the news broke that the urbane Robert Osborne died at age 84.  I admit it -- I cried. 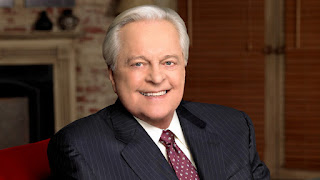 My generation can recall watching movie hosts on TV.  When I was a kid in South Central L.A., I watched Ben Hunter on local KTTV/Channel 11 bring us a "Movie Matinee."  John Willis on local Channel 9 presented "The Million Dollar Movie."  I once heard Denzel Washington on NPR mentioned that, in his youth, he had watching watching Danny Kaye when he hosted the annual airing of THE WIZARD OF OZ that we'd see on network TV.  On cable, before the years of TCM, we saw male movie hosts on AMC when it was American Movie Classics.  It didn't have original TV series programming the way it does now.  Sometimes you remember the movie host as fondly as you do the movie.  A movie host can occasionally even be better than the movie.  Such was the case with Osborne.  A cinema intellectual, he never came off as pretentious or snobby.  He never overloaded you with so much trivia and information that it got in the way of you enjoying and giving your undivided attention to the movie.  He gave you enough and then let you make your own discoveries.  His knowledge wasn't just movie trivia.  It had gravity and importance. 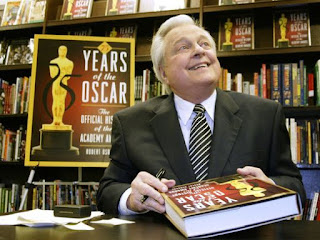 Before his TCM years,  I followed Robert Osborne's columns in THE HOLLYWOOD REPORTER.  He was quite the scholar on Hollywood history.  He also was a champion of inclusion and diversity, issues that have been red hot in the Hollywood of the last two years.  I think it was during my VH1 time in the late 1980s when I saw Robert Osborne as a contributor on the CBS weekday morning news program and became an instant fan.  He was promoting a new book.  The subject in discussion was famous Hollywood studio heads.  Robert Osborne said that Ashley Boone, a highly respected African American Hollywood executive, should be included because he was practically running 20th Century Fox Studio for half a year when it had been in financially raggedy shape.  Under Boone, Fox made box office history with a new film called STAR WARS followed by its two sequels that were also box office champs.  I knew of Ashley Boone as a marketing whiz but I had not known the rarely reported Hollywood history that executive leadership helped put the studio back on its feet.  (Cheryl Boone Isaacs, President of the Academy, is the sister of the late Ashley Boone.)

Mr. Osborne included the achievements of black people in Hollywood history.  He brought us into the discussion.  His CBS morning news segment was so significant to me.

You've probably heard us people of color say that we look for reflections of ourselves on TV and in films.   Movies are my passion.  As a black youth whose love affair with classic films started in elementary school, I never saw black men or women as movie hosts on TV.  We never saw black people as the regular film critics on news programs or on syndicated film review shows.  We seemed blocked from the discussion of new films and the history of classic films.  In its final phase of movie hosts, AMC was auditioning for a new one.  This was in the early 1990s after my years as a celebrity talk show host on VH1 and when I'd returned to TV work as an entertainment reporter.  My wonderful agent, very much a Thelma Ritter type, was frustrated and bothered by the fact that she could not get me into the AMC auditions.  I wanted to audition.  Several guests on my VH1 talk show had starred in classic films -- actors such as Kirk Douglas, Fay Wray, Debbie Reynolds, Shirley MacLaine, Michael Caine, Omar Sharif, Hume Cronyn & Jessica Tandy, Don Ameche and Mel Blanc.  But the AMC execs would not see me.  What bothered my agent was that they saw another client of hers -- a handsome blue-eyed guy who, as she remarked, "never had his own celebrity talk show."

It was then I really noticed that we black people were absent from the New York TV scene of movie critics and movie hosts.  I did not see a reflection of myself.  I still don't.  Trust me, I'm not the only African American broadcaster who has noticed that exclusion and also tried to crash that TV color barrier.  In January, the Oscar nominations were announced exclusively on ABC's GOOD MORNING AMERICA.  Two network entertainment reporters, not people of color, were in place.  Both highlighted that Meryl Streep made history with her 20th Oscar nomination.  Neither mentioned that Viola Davis became the most Oscar-nominated black actress in Hollywood history and that Denzel Washington became the most Oscar-nominated black actor in Oscar history.  He was up for the Best Actor Oscar for FENCES, he had directed co-star Viola Davis to her record-breaking nomination for FENCES and FENCES was a nominee for Best Picture.  Robert Osborne would've mentioned at least one of those facts.  I certainly would have.

About ten years ago, I had the opportunity to interview Robert Osborne for a TV magazine show that aired on Discovery Channels.  It targeted the Baby Boomer audience.  I pitched an interview of Robert Osborne because, not only was he in the AARP community, he was bringing young viewers to TCM.  He was an example of how one can reinvent one's self in middle age.  He intended to be an actor but TV legend Lucille Ball liked him, mentored him and suggested he turn his attention to covering Hollywood with his extensive knowledge.  He took her advice and that's when his career really started to cook. 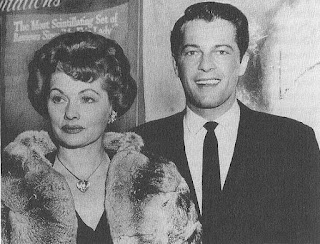 I contacted press representatives at TCM.  I told them about the show and requested an interview with Robert Osborne.

I had a deluxe midtown Manhattan hotel room set up for the interview.  The hotel manager just asked two things -- that I please mention the name of the hotel and that I please let her get an autograph from Mr. Osborne.  Everything was all set up.  TCM press reps were most helpful and had booked Robert Osborne to be my guest for what would be a 5-minute taped feature on a national TV show.

I had to cancel the interview.  Why?  The executive producer of the show felt that my proposed interview of the very classy Robert Osborne would need some, as he said, "shtick."  Because Mr. Osborne was the host of Turner Classic Movies, my executive producer felt that it would be hysterically funny if I conducted the interview dressed as a classic film character.  He wanted me to be Norma Desmond from SUNSET BLVD.  My response was "No."  He said that "shtick" would make the interview interesting.  I replied that it would be disrespectful to Mr. Osborne, disrespectful to TCM and that it was totally bad idea.  Also, I asked why I, the only black male contributor on the show, was asked to put on a dress for a cheap gag.  The argument continued.  He said that either I add "shtick" or the interview wouldn't air.  I was livid.  Robert Osborne once told noted film critic Stephen Whitty "People treat TCM like church."  I guess I'm one of those people.

I cancelled the interview because I refused to put on a dress for my boss.  A dear friend who was on the show's production team can vouch for my story.

Robert Osborne was a fan of classic films.  He respected the art.  And he gave respect to some overlooked African American history in Hollywood.  I wanted to give him the same respect he gave us.  And the cinema.  To me, he was like a beloved professor of the fine arts.   I learned a lot from him. He was a dapper historian whose knowledge opened up new doors in your mind to the art of film.  Robert Osborne was a classic TV host on a classic film channel. 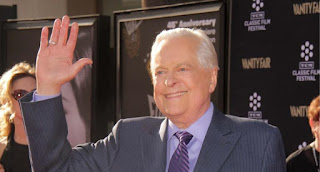