A Shot of Scorsese

On Twitter, the IndieWire film site posted a short video that really made me smile.  It was a clever montage proving why Martin Scorsese's cameos in his own films matter. 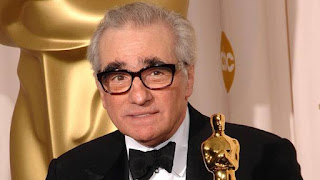 Scorsese's appearances in his own films have a different attitude and tone that the cameos Alfred Hitchcock famously did in his films.  Hitchcock's appearances were more of a sweet, tongue-in-cheek sight gag.  Marty would go dramatic.  Like his part in TAXI DRIVER.  I also dig when the director appears in films directed by others. 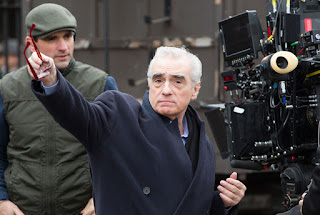 My favorite is when he played himself in THE MUSE, a comedy written and directed by Albert Brooks.  In that one, Sharon Stone plays the seemingly mythical character in Hollywood who gives inspiration to creatively blocked people.  They give her great gifts in gratitude for their new success.  Albert Brooks plays the Hollywood screenwriter who's in a bit of an artistic slump, meets the muse and is quite skeptical. Unexpectedly, the glamorous muse taps into his housewife's unexplored artistic gifts and she becomes the success in the household.

The IndieWire video had a shot of Martin Scorsese in his film, HUGO.  Here it is. 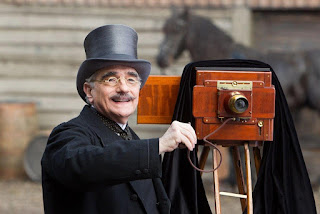 Another film site on Twitter noted that March 18th marked the birthday of British actor Robert Donat.  GONE WITH THE WIND was the big winner for the Oscars of 1939.  It took Best Picture, Best Supporting Actress and Best Actress to name three.  But Robert Donat beat GONE WITH THE WIND star Clark Gable in the Best Actor category.  Donat won for playing a shy British schoolteacher in GOODBYE, MR. CHIPS.

He was a wonderful actor who was also seen in Hitchcock's THE 39 STEPS (1935), THE CITADEL (1938) with Rosalind Russell and the greatly overlooked and very good World War 2 thriller, THE ADVENTURES OF TARTU (1943).  Robert Donat is memorable and heartbreaking in a 1951 British film called THE MAGIC BOX.  In it, he has a passion for the idea of cinematography -- yet others unfortunately don't share his passion and his vision.  THE MAGIC BOX is based on a true story.  Donat plays photographer William Friese-Greene, an inventor and one of Great Britain's early pioneers in the cinema arts.  Here's Donat as that character. 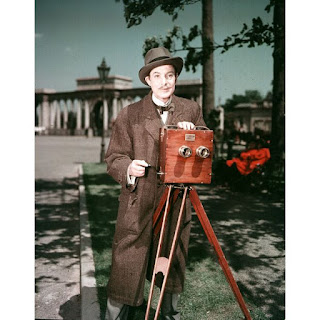 Look at that photo of Robert Donat.  Look at Scorsese as a photographer in HUGO.  I have a feeling that Martin Scorsese has seen THE MAGIC BOX. 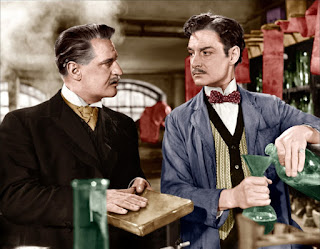 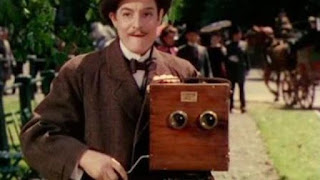 If you have the time, I highly recommend watching this Robert Donat film. 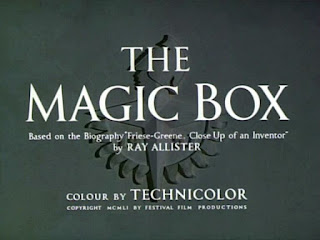 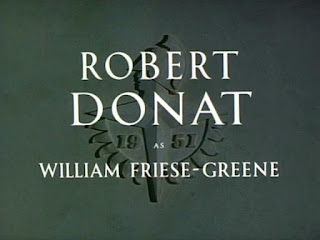 I think you'll find this biopic and Donat's performance to be quite interesting.  William Friese-Greene did create a working motion picture camera.  He was so focused on his passion to create it that other aspects of his life -- like love -- went unfulfilled.  Sadly, when he created a motion picture camera, no one seemed to care at the time.  The film is, from what I've read, a romanticized version of his history.  However, it does show one true thing to which Scorsese surely could agree --  art isn't easy.  Glynis Johns, Maria Schell, Margaret Rutherford and Richard Attenborough co-star in THE MAGIC BOX.