METROPOLIS As a Miniseries

If I was teaching a course on classic film appreciation, this silent foreign film classic most definitely would be on my must-see list.  Fritz Lang's 1927 film METROPOLIS continues to be one of the most influential films of that decade.  Such striking, memorable visuals fill this science-fiction drama.  It's a great example of German expressionism.  METROPOLIS continues to excite artists today. 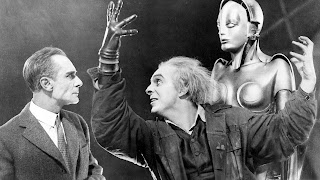 You may have seen the METROPOLIS influence and didn't realize it.  It influenced the art decoration for the Agatha character in Steven Spielberg's 2002 futuristic sci-fi drama, MINORITY REPORT.

METROPOLIS was the main inspiration for the look and style of Madonna's "Express Yourself" music video in the late 1980s. 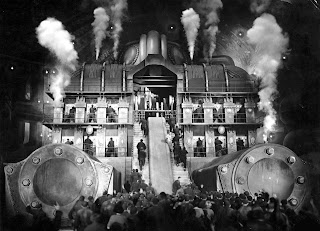 It influenced the choreography and look of the "Food, Glorious Food" number sung by orphan boy laborers.  That's the opening number in Carol Reed's OLIVER!  Reed's musical film won the Oscar for Best Picture of 1968. 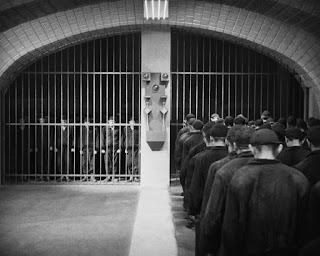 According to THE HOLLYWOOD REPORTER, Fritz Lang's classic may inspire a TV miniseries. 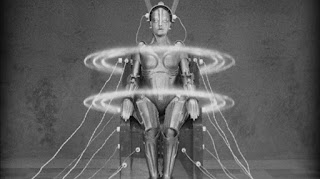 Sam Esmail created the enormously popular TV series, MR. ROBOT, starring Christian Slater and Rami Malek.  The entertainment publication reports that Esmail wants to adapt METROPOLIS into a miniseries that would retain the original basis of the story.  The adaptation would take place in a futuristic society where the city is divided between the wealthy who rule from high-rise comfort and the lower class people who toil tirelessly to keep the city running.  In other words, it could be like modern-day Manhattan which has basically become a suburb of Wall Street.

Here's a film trivia question: The innovative and remarkable METROPOLIS, that classic silent film from 1927, has a major connection and link to the classic TV sitcom, I LOVE LUCY from the early 1950s.  Do you know what that connection to the innovative sitcom is? 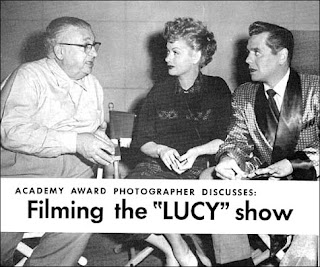 This groundbreaking sitcom replaced TV cameras with three movie cameras.  No TV production was using three cameras and no TV production was using movie cameras.  But executive producer Desi Arnaz believed that shooting the show on film and with three cameras would give it more flexibility in editing and would improve the quality of its look.  This process of shooting a TV sitcom like it was a film initially was not easy to do but Arnaz's vision was innovative and proved to be a brilliant idea.  It paid off.  It started a trend that continues today.  And Freund made Lucille Ball, then in her early 40s, look great. 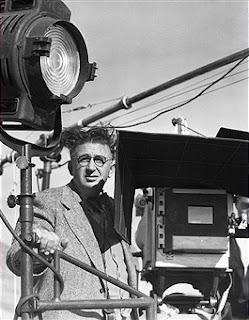 It's been written that Karl Freund was a Jew who grew up in Berlin.  His family moved to Berlin when he was about 10.  When he was a young man working in film, he moved from Germany to Hollywood.  That was about 1929.  In 1937, he went back to Germany and got his only child, a daughter, and surely saved her from certain death.  Freund's ex-wife died in a concentration camp.

"There can be no understanding between the hands and the brain unless the heart acts as mediator." ~from METROPOLIS.