Susan Sarandon has got Bette Davis eyes.  March 5th is shaping up to be the Gay Super Bowl Sunday of TV ratings.  This coming Sunday night marks the premiere of Ryan Murphy's FEUD: Bette and Joan on the FX Network.  One-time Oscar winner Susan Sarandon plays two-time Oscar winner Bette Davis.  Two-time Oscar winner Jessica Lange plays one-time Oscar winner Joan Crawford.  Ever since I was a little boy in South Central Los Angeles, I have heard and read about the rivalry of these two movie queens.  Bette, the character actress, had been a star since the 1930s.  She ruled at Warner Brothers.  Joan had been a glamorous movie star at MGM since the silent screen era of the 1920s.  When MGM dumped Joan in the 1940s, mainly because she committed the mortal Hollywood sin of getting older, she went over to Warner Brothers, made MILDRED PIERCE, and won an Oscar.  To get ready for a Gay Super Bowl Sunday, I recommend watching two Bette Davis movies.  The first is a race drama from 1942 directed by John Huston.  IN THIS OUR LIFE co-stars Olivia de Havilland.  The two actresses plays sisters in this film.  Olivia is the good sister and Bette's the bad one. 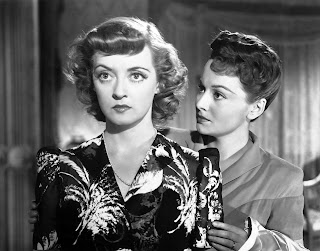 Through the years, film reviewers have mainly considered this a melodrama with Bette chewing up the scenery as the bad girl.  They rarely, if ever, look at the race aspect of this drama which co-stars 1939's GONE WITH THE WIND Oscar winner, Hattie McDaniel.  McDaniel has a brief role but it's her best, least stereotypical role after her historic Oscar win.  She's a domestic but she's also a modern-day single working mother who has successfully raised a son who's studying for law school.  McDaniel plays a black mother blessed to see that her child is doing better than she did.  At least, educationally.  The good sister gives the son respect and praise. 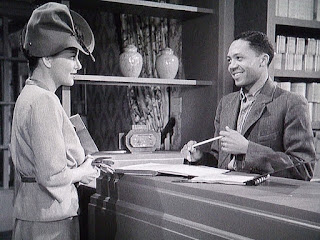 Remember back in 1994 when the seemingly shy and sweet-faced Susan Smith got on network TV news and claimed that a black man had carjacked and kidnapped her two little boys?   People all across the national immediately believed that white woman.  Come to find out, she'd killed them herself.  No black man committed the crime.  Well, think of that when you watch IN THIS OUR LIFE.  Bette Davis' character causes a death and blames it on the domestic's son.

Davis and de Havilland were friends.  Each battled Jack L. Warner, the studio head, legally for their rights as performers under studio contracts that were quite binding and limited them professionally.  Reportedly, Joan Crawford snatched a couple of boyfriends away from Olivia de Havilland and she never forgave Joan for it.

In the 1960s, Crawford and Davis were no longer reigning Hollywood movie queens.  But Jack L. Warner was still head of Warner Bros.  The two actresses who couldn't stand each other teamed up to play rival sisters in a Hollywood-on-Hollywood psychological horror thriller called WHAT EVER HAPPENED TO BABY JANE?  Joan played the good sister.  Bette played the bad sister. 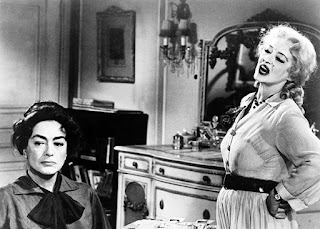 In this B-movie production with a B-movie budget, Bette Davis and Joan Crawford detested each other to give Grade A performances.  Davis racked up another Best Actress Oscar nomination.  The movie became a box office champ that kicked off a genre of psychological horror thrillers starring two middle-aged stars -- like HUSH...HUSH, SWEET CHARLOTTE starring Bette Davis and Olivia de Havilland (replacing Joan Crawford) and the under-appreciated WHAT'S THE MATTER WITH HELEN? starring Shelley Winters and Debbie Reynolds.  Let's face it -- the gay male community loved watching Davis and Crawford go at it in WHAT EVER HAPPENED TO BABY JANE?  Those two movie sisters became popular characters to be in drag shows and on Halloween.  At revival movies theaters, audiences members repeated lines along with Blanche and Jane like it was THE ROCKY HORROR PICTURE SHOW for older audiences.  I've been in some festive movie audiences.

But that's not all the film has to offer.  Look at how Davis throws herself into the emotional ugliness of the character that surfaced as a physical ugliness.  She found the heartbreak of Baby Jane.  Bette knews knew that monsters are not born...they're made.  And Baby Jane is that monster in that big creepy Hollywood house.  You can just about smell the funk and Scotch in her flimsy old robe as torments her crippled sister with another horrible lunch item.  The making of this monster started in youth -- when she was a child stage act star called Baby Jane Hudson. 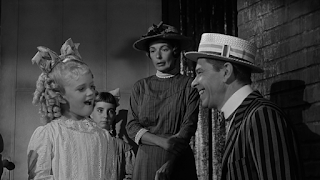 As a youngster, she was the breadwinner in the family.  Blanche, her jealous younger sister, would grow up to be a top Hollywood star and see her sister skid down to has-been status.  If you put aside the camp humor and laughs for one viewing and take the movie on its own merits, Bette Davis' Jane Hudson, a mentally unhinged longtime alcoholic, displays the traits of an adult female who was sexually abused in childhood.  We hear in the movie that, during Jane's flop of a Hollywood career, she drank too much and was slapped around by men.  Life was not kind to this abusive older woman. 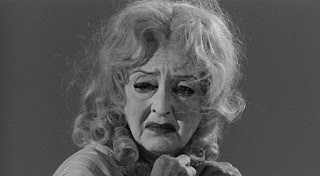 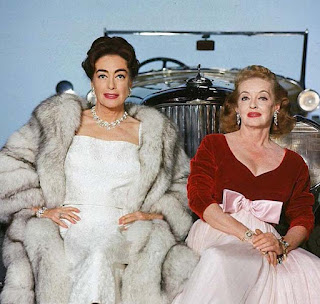 I vividly recall the reviews that male critics had for screen newcomer Jessica Lange in the first remake of KING KONG (1976).  They were pretty much of a snarky "...here's another fashion model who thinks she can act" attitude.  Then Jessica Lange went on to make female Oscar history by getting two nominations for the same year.  She was a Best Actress nominee for the biopic drama FRANCES.  She was a Best Supporting Actress nominee for the screwball comedy TOOTSIE.  For TOOTSIE, won the Oscar for Best Supporting Actress of 1982. 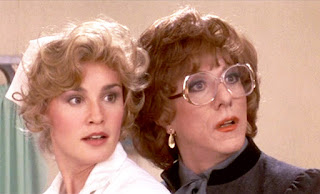 I can't recall a single one of those male critics ever writing or saying "I apologize, Ms. Lange.  You can act."  Jessica Lange won the Best Actress Oscar for 1994's BLUE SKY.  It was her sixth nomination.  Lange is an Emmy winner -- for Ryan Murphy's AMERICAN HORROR STORY -- and a Tony winner for a revival of LONG DAY'S JOURNEY INTO NIGHT. 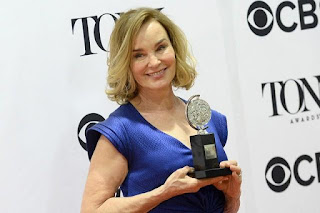 In his review of FEUD:  BETTE AND JOAN on National Public Radio's FRESH AIR, TV critic David Bianculli said that the performances from Jessica Lange and Susan Sarandon are "two guaranteed Emmy nominations." 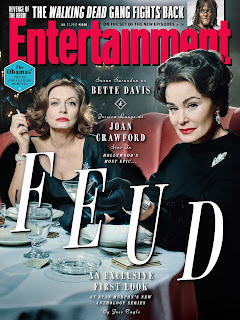 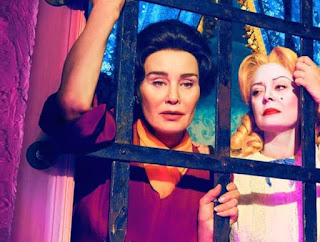 This TV film makes a statement on the Hollywood ageism that actresses faced and still face.  When James Stewart and Cary Grant were in their early 50s, they did have to take out an ad in VARIETY for employment?  No.  They were still getting the leading man roles in major Hollywood movies.