Arts in My High School

My youth in South Central Los Angeles.  We'd get in the car and have a family night at the drive-in movies or we'd go to a walk-in theater and see LADY SINGS THE BLUES, COTTON COMES TO HARLEM, THE THOMAS CROWN AFFAIR, BULLITT or FANTASTIC VOYAGE.

At Verbum Dei, the Catholic all-boys high school I graduated from in Watts, we didn't have a big budget for extracurricular activities like schools in the then-predominantly white and upscale neighborhoods did.  For us, the faculty got discounts on quality films showing exclusively in the Hollywood area.  A weekday field trip on the bus to go see a matinee of those films was part of our fine arts program.  Some of the dudes in my class would get off those buses sporting Afros the size of radar dishes.  Our student body was African-American and Mexican-American.  The movies we saw, the movies that inspired us to check out the source material in the school or local neighborhood library, did not match the TV news images you saw of young Black and Chicano males in Watts.  But we did see these films and later discussed them in our English Lit. classroom:

...co-starring Peter Finch and Terence Stamp as the men in the life of strong-willed Bathsheba Everdeen, the character created by novelist Thomas Hardy. 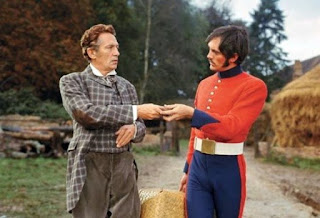 We saw Paul Scofield as Sir Thomas More clash with the king in A MAN FOR ALL SEASONS. 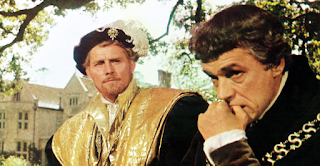 We saw Olivia Hussey and Leonard Whiting as Shakespeare's ROMEO AND JULIET in a beautiful hit film directed by Franco Zeffirelli. 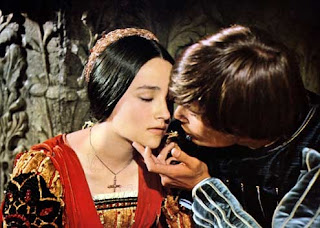 That movie was such a hit with young moviegoers that its soundtrack was also a hit.  The theme was tops on the record charts. 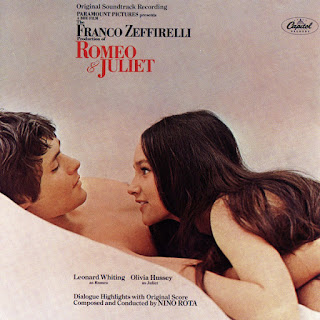 Seeing that film in high school came to my mind instantly when, during my VH1 talk show host years, I was flown to London to do an exclusive one-hour interview of Paul McCartney.

The longest film I've seen is, to this day, one of my favorite foreign films.  I wish that it would be remastered and restored for DVD.  I saw this film more than once in my adult years long after my high school graduation.  We students got on the bus twice to go to the Hollywood area for WAR AND PEACE. 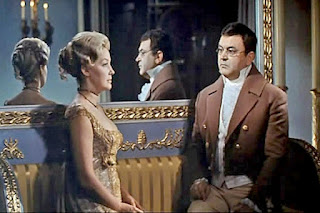 This Oscar-winning foreign film was like the GONE WITH THE WIND of Russia in that there was a 5 year search for the perfect actress to play the young and lovely Natasha.  Sergei Bondarchuk, the actor who portrayed Pierre in the film, directed this epic WAR AND PEACE.  He also co-wrote the screenplay adaptation of the Tolstoy classic.  Man, what a great film. 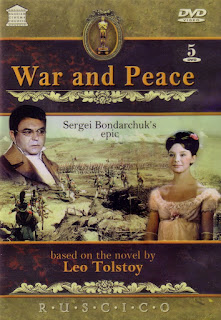 The film ran about 7 hours and there's not a dull minute in it, as far as I'm concerned.  It was so long that ticket buyers saw the first half one week and then returned to see the last week the following week.  Our English Lit. class was told by the principal that we had to attend the first half.  If we did not care to see the last half, we'd need a note from a parent or guardian and we'd be excused.

Every single guy except one returned to the see the second half.  The one who did not join us had a medical excuse.  He'd broken his ankle on campus during football practice.  Verbum Dei High School still stands in Watts.  The Watts Riots of the 1960s happened just a few years before we started high school.  This was our Watts community when that rebellion made national headlines. 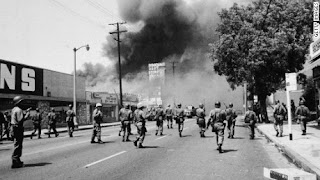 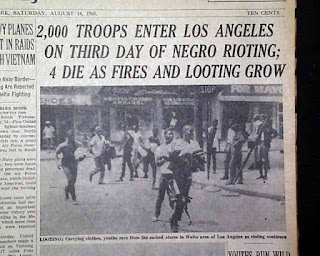 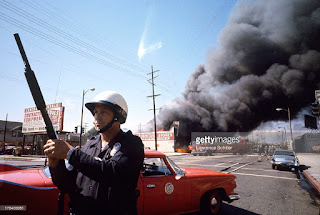 Our family lived in the curfew area.  I started there and eventually went to London to meet one of The Beatles..."with a little help from my friends" and parents and teachers along the way.

Those were quality films that we African-American and Mexican-American high school students in South Central L.A. went to see on fine arts field trips.  I'm still proud to have been in that class.  And I'm grateful to the teachers who connected us to the arts in and out of the classroom.

I owe a great deal of the success I've had in my TV career to arts education in school.