My Diversity Note for TCM

It's a sunny remark in the 1961 film adaptation of A RAISIN IN THE SUN. When the little son presents grandmother with a gift of a large hat to wear while gardening, his aunt says  "We're trying to make mama look like Mrs. Miniver, not Scarlett O'Hara." 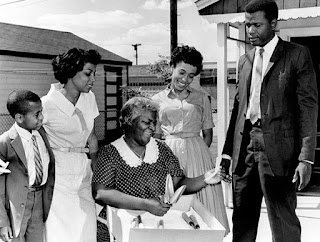 Lorraine Hansberry, the African American playwright/screenwriter referenced two classic films through the voice of one character -- MRS. MINIVER and GONE WITH THE WIND. 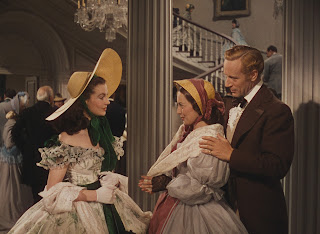 One of the biggest movie hits out right now is the social commentary/psychological horror story, GET OUT, directed by Jordan Peele. The black filmmaker's directorial debut met with critical raves and box office success.  He cited two classic films as major influences when he was writing and directing GET OUT -- THE STEPFORD WIVES and ROSEMARY'S BABY. 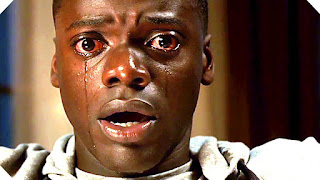 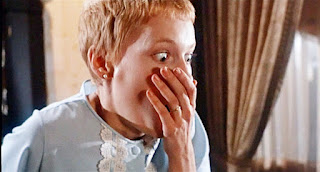 In an interview, HIDDEN FIGURES film star Taraji P. Henson was asked for her inspiration in creating the fabulous bitch-on-wheels she plays on the highly-popular EMPIRE television series.  She said that she watched classic Bette Davis film performances.  (Had I been the interviewer, I would have asked which Bette Davis films she watched.) 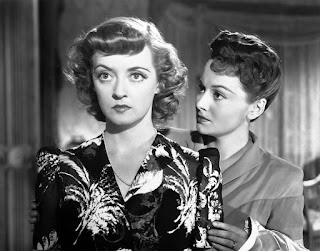 When I was a boy in South Central L.A. my parents would go to see any movie that starred Sophia Loren and Marcello Mastroianni.

STRAIGHT OUTTA COMPTON was a critical and box office success.  It was directed by African American filmmaker F. Gary Gray. 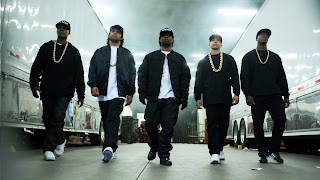 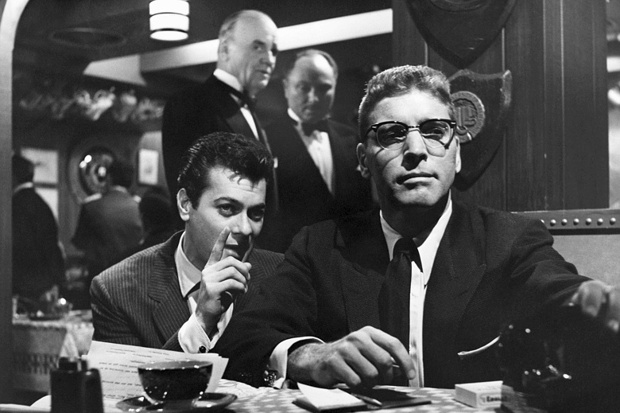 One of Gray's favorite films is SWEET SMELL OF SUCCESS starring Tony Curtis and Burt Lancaster. 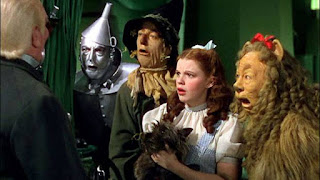 Online, the IndieWire site recently posted a video of director Spike Lee talking about his list of the nearly 90 essential films that every aspiring filmmaker should see.  Some of those classic films from Spike's list are:  THE WIZARD OF OZ, CASABLANCA, ACE IN THE HOLE, SOME LIKE IT HOT, AN AMERICAN IN PARIS, THE NIGHT OF THE HUNTER, TOUCH OF EVIL, THE BICYCLE THIEF, REAR WINDOW, CHINATOWN, THE RED SHOES and LA STRADA. 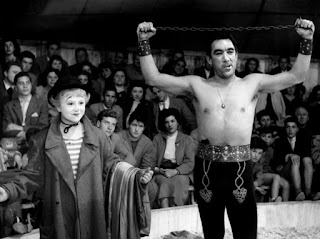 My point is -- we African Americans watch and appreciate classic movies.  Domestic and foreign classic films.

I love Turner Classic Movies.  I've been a devoted viewer since 1999.  Full disclosure:  From 2000 to 2007, I pitched myself repeatedly for TCM employment.  Not on-camera employment.  I sought work doing research or promotions or copywriting.  It's now 2017.  As a devoted viewer, I'm wondering why I don't see African Americans represented in TCM commercials.  Have you watched the promos for the TCM Film Festival, the TCM Backlot, the TCM Wine Club and FilmStruck?  Frankly, I've seen more black people in an Ingmar Bergman movie than I see in those promos.

I'm thrilled that  black experts are guests in special programming that spotlights African American filmmakers.  However, I would love to see us represented in the other mainstream promos and such.  Bring us on a solo guest hosts occasionally.  Remember the October 2014 salute to films about or shot in Africa?  The guest host for the Salute to Africa every Friday in October 2014 was...Alex Trebek.  Caucasian-Canadian Alex Trebek.  He's an absolute gentleman and a brilliant TV game show host...but when I watched him present those nights on TCM, I found myself making a Thelma Ritter face. 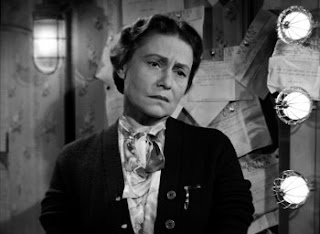 If I was working at TCM behind the scenes, I would've pitched Lou Gossett Jr., LeVar Burton, Leslie Uggams (those three actors appeared in ROOTS) Don Cheadle (Best Actor Oscar nominee for HOTEL RWANDA) or Wesley Morris.  Morris is a handsome African American newspaper columnist who, like the late Roger Ebert, won a Pulitzer Prize for film criticism.  He won during his time at The Boston Globe.  Wesley Morris now writes for The New York Times.  He was the first and, so far, only African American writer to win a Pulitzer for film criticism.  It was wonderful to see DAUGHTERS OF THE DUST (1991) film director Julie Dash as a guest host last December.  She should be brought back.   Trailblazer Julie Dash did a great job. If you're a female and you did not see any women discussing wine in the TCM Wine Club spots, talking about classic films for FilmStruck, detailing vintage items going up for auction, visiting the TCM Backlot or getting close-ups as attendees of the TCM Film Festival, wouldn't you say "Hey, what's up with that?"  My point exactly.

We African Americans also love and watch TCM.  We're in the viewership.  That's why a reflection of ourselves in the promos would be a welcomed sight.  It's the end of March now.  Let's see what April brings.

Movie trivia:  Best-selling novelist Susan Isaacs is a longtime friend of mine.  Her novels COMPROMISING POSITIONS and SHINING THROUGH were made into movies.  In the 80s, she was tapped to write the screenplay for a possible SWEET SMELL OF SUCCESS remake.  With Faye Dunaway in the Burt Lancaster role.

Here's the demo reel I submitted when I was pitching myself for a behind-the-scenes TCM job.