Big Thanks to Robin Roberts

It was at 7:37 today on GOOD MORNING AMERICA.  The segment promoted tonight's ABC 20/20 feature done by ace investigative reporter Brian Ross.  Ross investigated gay conversion therapy programs in which Christian pastors overseeing many teens were convicted of brutal child abuse.  Basically they tried to beat the gayness out of teens.  Reportedly, one pastor had named the belt that he used for such beatings.  After Brian Ross showed a strong clip from tonight's news program, GMA anchor Robin Roberts gratefully praised the memory of her Christian parents for being so accepting of her "as a gay woman." 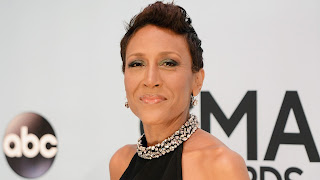 That kind of moment, that kind of freedom to be giving with your truth as a gay American, is still so significant to me.  It's touching and beautiful to see.  I know that gay people, in a way, have almost become a staple of every reality show or entertainment news segment recapping red carpet fashions from the previous night's award show, but we weren't always at this place of freedom.  I don't take that freedom lightly.  I truly, deeply appreciate it. 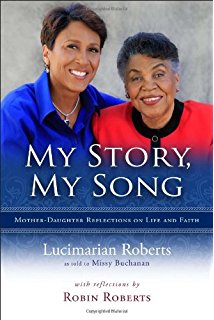 I've written before that, for me, getting a job offer from New York City was not just a goal but a blessing during my first professional TV job.  That was a 5-year stint at the ABC affiliate in Milwaukee.  I hope I don't come off vain, but I did think "Wow!  I grew up in South Central L.A. and here I am now after college, the first black person to be a weekly film critic on Milwaukee TV and doing celebrity interviews that have gone national!"  What constantly yanked me back down to earth was receiving anonymous racial and homophobic hate letter mail or voicemail messages left on my extension after I was gone from work.  That steadily drained my spirit and it fueled my desire to get to the big city.  Which I did in 1985.

After my VH1 years, I was approached to work on a new local weekend TV news program in New York City.  That was 1992.  I started a new job and my first relationship in the same month.  Three months later, I had to get him to the hospital.  He was diagnosed with full-blown AIDS.  We were still in culture wars here in the U.S. regarding the AIDS crisis and gay rights.  My late partner was stricken just a few weeks after he'd been laid off from a longtime job.  My job was part-time and, with that job, I had a modest studio apartment, became his caregiver and eventually moved him in with me.  The GMHC (Gay Men's Health Crisis) and Friends In Deed gave me so much non-profit advocacy organization advice and help.  And I needed that to help him.  At work, a few veteran fellow employees who were also gay pulled me aside and confidentially urged me not to tell management that my partner had AIDS.  They felt the new management did not honestly embrace diversity and might find a reason to drop me from the show.  I needed that income --- and other part time work I pursued -- to take care of a terminally ill loved one.  Taking care of a partner who was dying of AIDS and not being able to tell anyone about it at work for fear of losing my job was like needing to scream but someone threw a hand over my mouth.

One more thing:  After Katie Couric's husband died of cancer, she took what she learned during his illness and did informative health care segments on TODAY.  If I had felt free in my news workplace there in the early 1990s, I would have loved to have done segments on being caregiver to a person with AIDS.  Because I was surely not the only person in the the New York viewing area ...or the country...going through that.  I could have shared my experiences and given information to help others. 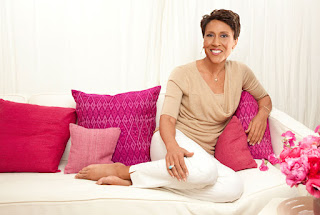 That is why seeing Robin Roberts be so moved by that ABC 20/20 news story and clip and then personalizing the segment at the anchor desk with her own story was so significant to me.  It seems like just yesterday we didn't have that kind of freedom.