A TOUCH OF EVIL Question

It's one of my favorite Orson Welles movies.  TOUCH OF EVIL, the black and white mystery film noir crime story released in 1958, written and directed by Orson Welles.  I was lucky enough to interview Janet Leigh when the restored version of the film was opening.  She was proud, thrilled and brought a copy of Welles' original script with her.  She was a great advocate for directors having the right to execute their own vision of a film without a studio later altering the final print.  In my introduction on the set "Good Day New York" set on WNYW/Fox5, I said that Janet Leigh had gone from being "the MGM girl next door" to sexy roles in dark dramas such as PSYCHO, THE MANCHURIAN CANDIDATE and TOUCH OF EVIL.  Charlton Heston co-starred in Welles' classic as her Mexican-American husband. 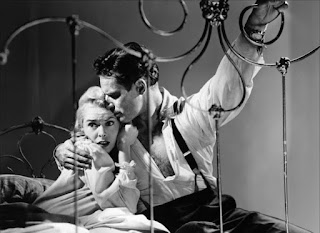 The director/screenwriter appears in the film as the seedy, rotund and slovenly police captain. 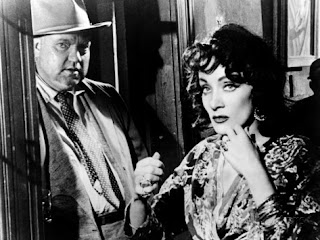 Marlene Dietrich stars as the woman who runs a brothel in a Mexican border town.  The police captain used to visit the place a lot for relaxation back in the day.  She can't place his face at first.  She hadn't seen him in years -- and he got really fat.  She says, "I didn't recognize you.  You should lay off those candy bars." 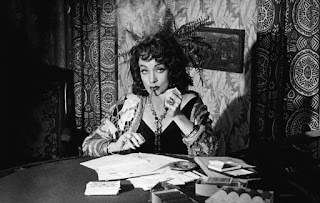 It's a good supporting role.  Blonde Marlene put on a dark wig to play the Mexican madam. 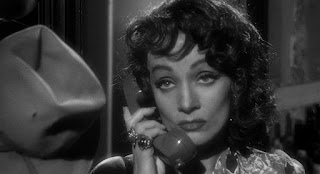 The glamorous Hollywood film star was in her 50s when she made TOUCH OF EVIL. 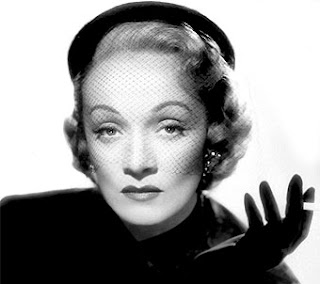 Now to my question.  Carmen Miranda, a sensation in 1940s Technicolor musical comedies at 20th Century Fox, quickly became a Hollywood icon.  Actors and actresses -- even Bugs Bunny -- did imitations of "The Brazilian Bombshell" with the festive headwear. 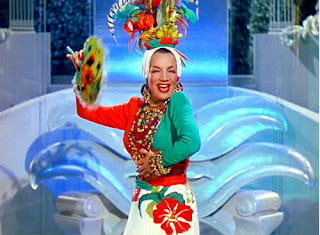 Dressed with what looked like fruit baskets on her head was a great gimmick, but there was more to Miranda than that.  She was a respected musician, recording artist and entertainer in Brazil before she hit Broadway followed by the Hollywood sound stages.  On screen, she was a natural actress with sharp talent for comedy.  She had wonderful timing, she was energetic, she was a sexy beauty with large expressive eyes and she had keen musical skills.  She had charisma and could easily steal a scene if not the whole picture.  For proof, just watch her in the 1941 musical comedy, WEEKEND IN HAVANA starring Alice Faye, John Payne and Cesar Romero.  She's terrific in it. 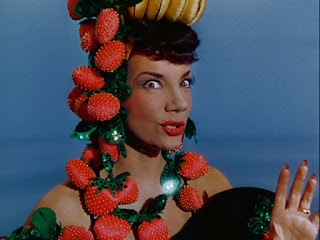 But, to me, Hollywood didn't give her a chance to show range.  It didn't utilize her obvious acting talent.  It kept her as a Latin "Miss Malaprop" who did zesty musical numbers in exotic costumes and was a fabulous comic sidekick.  Fox musical comedy stars Alice Faye and Betty Grable each got a chance to go dramatic.  At MGM, Judy Garland did a drama.  Universal's top musical comedy star, Deanna Durbin, proved she had solid dramatic skills in one movie.  I wish Carmen Miranda had been given a similar chance.  Hollywood life off-camera was not full of happiness for her.  She had bouts of depression. She struggled with alcohol and pills. 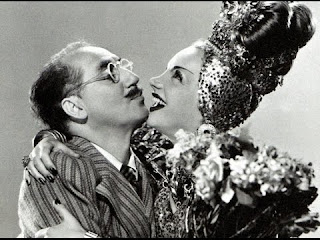 Her final screen role was in a 1953 Paramount comedy, SCARED STIFF, starring Dean Martin and Jerry Lewis.  Singer/actress Carmen Miranda died in 1955 of a heart attack.  She was only 46. 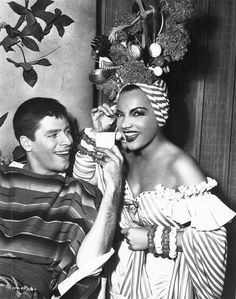 My question is -- if she had lived and if Hollywood had given her opportunities to show some range beyond her musical comedy image, could she have played the role that Marlene Dietrich did in TOUCH OF EVIL and been effective?  What do you think? 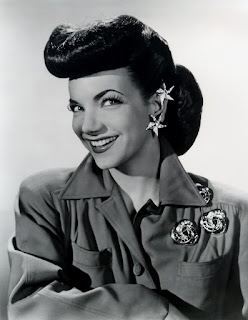