Richard Burton To a Tea on TCM

This season, many of us moviegoers got chills praying for a young black man to spill the tea in the smart psychological horror thriller, GET OUT.  The young man has a girlfriend whose mother seems to cast scary spells with tea.  Back in 1952, after 1949's THE HEIRESS earned her a second Oscar for Best Actress, Olivia de Havilland played a sophisticated beauty who seemed to bewitch a tense young man with her tea.  The movie is called MY COUSIN RACHEL and Olivia de Havilland's leading man in this mystery was Richard Burton.  Burton, one of those actors who makes you want to say "Hard to believe you never won an Oscar," got the first of his seven nominations for MY COUSIN RACHEL.  He was up for Best Supporting Actor.  Like Hitchcock's REBECCA starring Joan Fontaine, Olivia's sister, MY COUSIN RACHEL is based on a book by Daphne Du Maurier.  Young Burton is full of fire, passion, intensity and talent.  Also, he was one handsome Welshman. 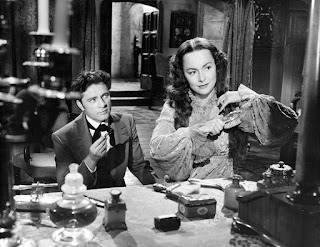 This is before Burton really grasped how to "iris in" for the movie camera.  He's too big in some scenes. A certain largeness that worked dynamically for him on the stage wasn't always needed for the movie screen.  You could get more by doing less on camera.  He masters screen acting in other films that brought him Best Actor Oscar nominations such as THE SPY WHO CAME IN FROM THE COLD and WHO'S AFRAID OF VIRGINIA WOOLF? 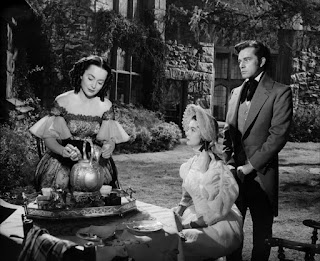 About Olivia de Havilland in MY COUSIN RACHEL:  If Catherine Sloper in THE HEIRESS had undergone a beauty makeover, so many handsome New York City suitors would've been horn-dogging after her that she would have had to say "Bolt the door, Mariah" for a totally different reason.  This is one of my favorite Olivia de Havilland performances.  Did Rachel murder someone or is she innocent?  Philip Ashley (played by Burton) is tormented by that question yet attracted to her obvious charms. 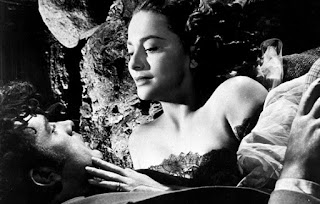 And what is the deal with that foreign tea Rachel keeps serving?

If the end seems a mystery to you....keep in mind the lesson that is taught to young little Philip in the opening moments of the film.  The answer could be there. 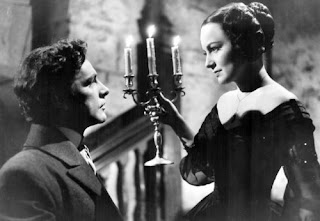 It's Richard Burton night starting at 8p Eastern on TCM (Turner Classic Movies).  MY COUSIN RACHEL is up first followed by the rarely seen and rarely talked about PRINCE OF PLAYERS.  In this 1955 20th Century Fox drama, Burton plays Edwin Booth.  He's an American actor who does Shakespeare and he's got a sibling rivalry with his actor brother, John Wilkes Booth.  Both were the sons of an alcoholic actor.  Edwin was more of a star than his brother -- until his brother killed President Abraham Lincoln. 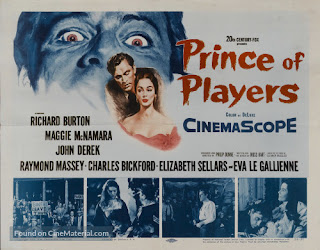 One of the perks of this film is getting to see Richard Burton perform scenes from plays written by Shakespeare.  For his stage work, Burton was heralded as a great Shakespearean actor.  To watch Burton and hear that rich, magnificent voice do some Shakespeare is a reason enough to watch PRINCE OF PLAYERS.  It's a rare opportunity in which Hollywood gave the acclaimed Shakespearean actor a chance to do some of The Bard's work.  I love the scene in which he does a ROMEO AND JULIET scene.  Burton's co-star in the film is Maggie McNamara.  She was extremely popular at the time, having nabbed a Best Actress Oscar nomination for the controversial romantic comedy THE MOON IS BLUE.  It was controversial because Hollywood production codes were still in play and the word "virgin" comes up in the 1953 comedy.  McNamara played a single girl, a musical performer, in New York City.  Her main objective is to hook a husband that meets her qualifications. She will remain a "virgin" until the wedding night.  William Holden and David Niven play two middle-aged bachelors she attracts.  Patty (McNamara) is pert and pretty but I do not like her in THE MOON IS BLUE.  I find her a calculating, coy and controlling character.  There's something mechanical about her.  If the Academy wanted to nominated someone who played a young woman in New York City working as a musical performer and seeking a husband, I would've gone with Marilyn Monroe in GENTLEMEN PREFER BLONDES (1953).  Watch THE MOON IS BLUE followed by GENTLEMEN PREFER BLONDES.  You tell me which female lead character has held up better through the years.  Monroe's Lorelei is much warmer and more honest than Patty in THE MOON IS BLUE.  But Maggie McNamara got the respect from critics that sex symbol Marilyn Monroe, a brilliant screen musical comedy actress, longed for. 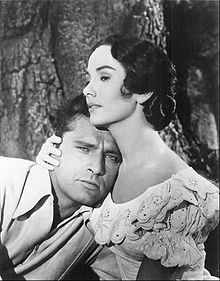 I couldn't connect to McNamara in THE MOON IS BLUE but I love her work with Richard Burton in PRINCE OF PLAYERS.  That film begins at 9:45p ET on TCM tonight, March 6th. 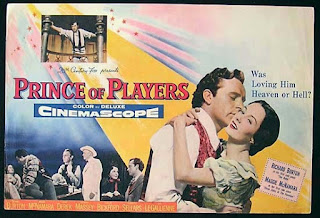 By the way, a new film adaptation of MY COUSIN RACHEL is due out this coming summer starring Rachel Weisz.