I once had an audition to be a co-host on a projected live weekday talk show similar to THE VIEW but with five openly gay male hosts instead of an all-female team like we see on the ABC program. There was no scripted material to perform at the audition.  All three producers -- two men, one woman, all heterosexual -- wanted to interview the candidates to get a sense of their personalities, wit and background. The top order for the audition was "to be yourself" and bring a resume. The two straight men liked me a lot, I could tell. They really liked the fact that I had years of live TV news show on-air experience. It was established that I lost my partner to AIDS in 1994 and have not been romantically attached since his death.  One of the men said, "You're smart You're funny. Why haven't you had a boyfriend since then? Did you ever try online dating?" 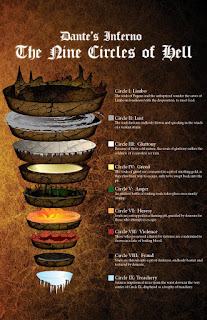 I replied, "Yes, I have tried it. But, when you're over 40 and gay, online dating is a circle of hell that Dante never wrote about. It's like hitting yourself on the head with a stick. It feels so good when you stop." 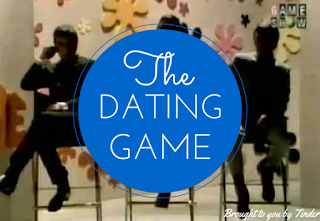 That response got a belly laugh from both straight men. The straight woman didn't laugh. Although, based on the reaction in the room, my vanity got the best of me and I was positive I'd get a callback, I did not. The audition direction was "to be yourself," but the woman felt that I wasn't gay enough. She told my agent at the time that she wanted someone who was more like Jack on WILL & GRACE. Let's think about that. Be yourself but act like a fictional character on a network TV sitcom.

A person who can testify that I was popular on TV but not popular in the local world of gay dating is my former roommate from my Milwaukee years. He's straight, white and one of the dearest friends I have. He's a wonderful guy who married an equally wonderful woman. Jay saw that I had lots of fans from my local TV work but I had very few dates simply because I was not the "hot-looking guy."  Remember THE MARY TYLER MOORE SHOW? Well, I always felt like Rhoda in a room full of Marys.  It was pretty much the same in New York City except for the 18 months of joy and heartbreak I had with Richard.  In New York, more than one man told me I was "cute and funny" but admitted that he was attracted to "body builder types." They wanted a Mary with muscles. Not a Rhoda with personality and a day job.

My former roommate, now happily married, called me one day.  He and the wife knew a guy who was gay and lived in Queens. Jay said, "We're not trying to fix you up, but maybe you could have coffee or something. He's a sweet guy.  His name is Mitch and here's his number."  After Jay left the phone number, he ended the message on my answering machine with "Oh, by the way, he has multiple sclerosis and a voice like a cartoon character."

It was December 2004.  For us solo people in New York, surviving the holiday season is like walking an emotional tightrope made of tinsel. Starting with Thanksgiving Day, everyone except you seems to be half of a couple. All the holiday festivity comes to a big finish on New Year's Eve night when couples kiss at the stroke of midnight, ending New Year's Eve and starting a New Year. You smile gamely as you watch couples kiss in the New Year.  In your heart, you can't wait until it's the daylight hours of January 1st when the main American goal is to sit like Jaba the Hutt on a couch eating snacks while watching parades and football games on TV.

I know a lot of guys in Manhattan who would've claimed to be too busy to make the call and have coffee with someone he didn't know. I didn't want to do that.  For work, I'd talk about a new Broadway show in previews, a show celebrating the music of The Beach Boys. It was a few days before Christmas and I was given two complimentary press tickets to see the show one night. 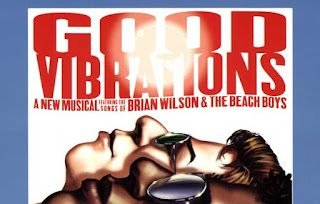 I called Mitch's number. I got his answering machine. He did have sort of a cartoon character voice. Like he should've done the voice for Choo-Choo on TOP CAT or played a lovable hood in a production of GUYS AND DOLLS. I called in the morning, introduced myself and left my number. I extended the offer for him to be my guest at the Broadway show the following night and to call me back if he was interested. He called back. He was interested and grateful. When I got him in person, I told him what theatre and the showtime and to meet me in the lobby. If he was late, I'd leave the ticket for him under my name at the box office. I replayed his message because … well, he did sound like Choo-Choo on TOP CAT.  His voice made me smile. 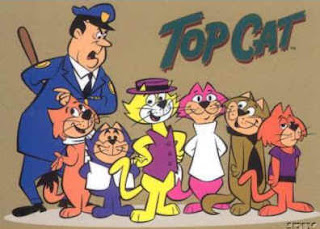 He was either late or I'd been stood up. I was in my seat. Curtain was scheduled to go up in five minutes. I was annoyed. Then, I saw a redheaded guy, each arm operating a metal crutch say "Excuse me" as he made his way into the row.  It was Mitch. I felt ashamed of myself for having been annoyed. The first words out of his mouth were an apology for being late. As soon as he was seated comfortably, the lights dimmed and the show started.

We didn't chat much at intermission. He said that his MS made him need to urinate frequently so he wanted to hit the men's room before there was a long line.

When the show ended, I was so grateful to him for showing up and he was so grateful to me for the invitation. He loved Broadway show. I asked him if I could buy him a drink and a bite to eat. I suggested a nice nearby hotel with a good bar/lounge. We could get a table close to the men's room. He loved the idea and we headed off.

Red hair, a cartoon character-like voice and multiple sclerosis. Mitch was one of the most fun dates I'd had in New York City in years. He was absolutely charming and lovably down-to-earth. Then he said something to me so sweet and so honest, that hearing it was like receiving a lovely early Christmas gift. He thanked me for the Broadway show ticket.  He said that he'd been feeling sorry for himself, especially being a gay guy with MS. He was at work and depressed because he was convinced he'd never be asked out again.  Then, he called his home machine to check for calls and he got my message.  "The same day!," he said. "The same day I was feeling sorry for myself, I get a call from you asking me out to a Broadway show."

"It's Christmas week, Mitch. I'd love to but you'll never find a place to park with all the people doing last-minute shopping."

He answered with a broad smile, "What are you, kiddin'? You're with me.  I get handicapped parking!"

My heart took wing. Mitch drove us down to the Village. He found a parking spot right away. We had a nightcap and more laughs before he had to head back home.

I called him the next day to thank him.  I called my flabbergasted married friends to thank them.

I admit that I've spent a lot of time after 1994 wishing that I could once again meet Mr. Right. But, a few days before Christmas in 2004, I became Mr. Right. And all it took was being brave enough to open my heart and be kind.

As for Mitch, a few months later he went on a tropical vacation cruise with friends to defrost from the New York winter. And he met someone. Come the new year, he wasn't feeling sorry for himself any more. Mitch deserved happiness. Being with him was a great date and a highlight of that year for me.

In 2019, I wish you much unexpected happiness -- and available parking.
Happy New Year.  Open your heart.  Be kind. 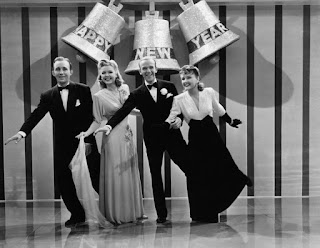