Black Art in the Golden Globes

Recently, I heard a network TV news anchor say that she couldn't believe no novel by James Baldwin had ever been adapted for film before director/writer Barry Jenkins made IF BEALE STREET COULD TALK. Well, as a longtime TV veteran who's done a lot of entertainment news reporting and interviewing, I could believe it. Because the blistering and brilliant James Baldwin was black and so were the characters in his books. Hollywood had a long history of claiming that black stories with mostly black actors in the lead and supporting roles were not marketable. Black stories wouldn't sell in the movie-going marketplace. Hollywood would not greenlight such projects. So, instead, Hollywood studios made movies based on books by Jacqueline Susann, Tom Clancy and E.L. James, the lady who wrote FIFTY SHADES OF GREY. IF BEALE STREET COULD TALK, written and directed by the same man who gave us the Oscar-winning MOONLIGHT, has made Golden Globes history. 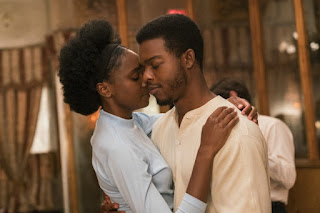 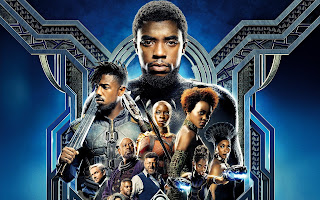 Most of the drama films in the Golden Globes list of nominees for Best Picture this year are movies from black filmmakers.

Yes. I know I just dropped a lot of names. But I did it for a reason.

I would not have gotten that job had I left my career in the hands of a broadcast agent. If broadcast agents had received a casting notice in 1988 that read "Seeking TV host for a national celebrity talk show with acclaimed figures from stage, screen, music and literature. Talent must have knowledge of such guests and also have good writing skills," I never would have been submitted to audition. Why? Because the casting call did not read "Seeking African-American host" or "Race unimportant."

My VH1 boss and I had worked in Milwaukee at the same time before we got ourselves jobs in New York City. We worked at rival stations there. He was in an executive position and tried to steal me away because he loved my work. He got to New York City and landed an executive position at VH1. If that white executive had not known my work, loved my work, and offered me the job, I never would've gotten it. Other white executives and white agents would not have considered a black man for that job -- because they'd never seen a black man with that kind of "Dick Cavett" job.

I'm not kidding. Latino actor John Leguizamo touched on this kind of racial exclusion in his Tony-winning Broadway show, LATIN HISTORY FOR MORONS, now airing on Netflix. He is an extremely gifted actor and writer. He mentioned that when he was a young actor and fresh out of school, his white acting classmate buddies were getting like five auditions a day while he was lucky if he got five auditions a month. I've been there. For us people of color, the playing field was not level. Agents were not exactly creative in their thinking when submitting actors of color for roles. I've mentioned before than, when I had my first agent, a very blond gentleman who worked at William Morris in New York City, I was fresh off my VH1 talk show and told him I was very interested in auditioning for supporting roles in good comedies -- like the role Bill Murray had in TOOTSIE. The agent, bless his heart, replied "But that wasn't a role for a black actor."

Look at TOOTSIE again. That role could've been played by Bill Murray, by John Leguizamo or by David Alan Grier. It was not a race specific role. But an agent automatically saw it as a "white male" actor opportunity.

The voices and, let's face it, anger raised in the last couple of years over the entertainment industry's lack of race/gender inclusion has slapped the chains off the brains of some agents and producers. They're now acknowledging color. Being that we've nearly completed the first two decades of the 21st Century, it's about time.

The Golden Globes nominations were announced. Nowadays, Hollywood looks to the Golden Globes for an idea of what could nab Oscar nominations come January.  In the Drama category, 3 of the 5 nominees for Best Picture are stories driven by black characters:

...along with A STAR IS BORN and BOHEMIAN RHAPSODY.

In January, I'll definitely be watching the Golden Globes telecast. This diversity and inclusion in the list of nominees -- and there is more -- gives my heart wings.