Notes on Singing Stars and Hollywood

My previous blog post was about Disney's MARY POPPINS RETURNS starring Emily Blunt. To sit through that movie is like watching into a deluxe confectionary with friendly and festively attired clerks waiting on you while showtunes play over the sound system. It's an original Hollywood musical.  Emily Blunt teams with Meryl Streep for the third time. First, there were in the comedy THE DEVIL WEARS PRADA.  Then came Disney's de-sexed adaptation of Sondheim's Broadway musical hit, INTO THE WOODS. Now Blunt touches down from the skies as the magical nanny first and famously played by Julie Andrews.  Emily Blunt and Meryl Streep sang Stephen Sondheim tunes in INTO THE WOODS. Streep sang her way to her annual Oscar nomination as The Witch. 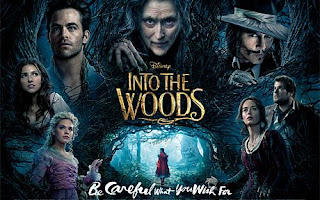 I mentioned that Disney's MARY POPPINS RETURNS is an original Hollywood musical. A songwriting team was hired to compose new tunes for this fantasy film.  In the Old Hollywood days, original screen musicals were regular items from the Hollywood movie studio assembly line.  MGM was the Tiffany of studios when it came to movie musicals. It scooped up popular singers of the day, like Frank Sinatra, to make movies and widen their base of fans. Today, just about every top TV network has a talent search prime time show with unknown singers vying for stardom. Kelly Clarkson was the first AMERICAN IDOL winner. Now she's a judge on NBC's THE VOICE. Jennifer Hudson lost on AMERICAN IDOL. She went on to make her film debut in the screen version of the Broadway musical hit DREAMGIRLS. And she won the Best Supporting Actress Oscar for it. If that had happened in the 40s or 50s, a Hollywood studio would have immediately ordered screenwriters and composers to come up with new musical features for her. Jennifer Hudson has not starred in a movie musical since 2006's DREAMGIRLS. She's been seen as a judge and coach on NBC's THE VOICE. She's had Grammy success and Broadway success, but what about Hollywood? Julie Andrews and Barbra Streisand went on to other big screen musicals after their Oscar wins. As for Oscar winner Jennifer Hudson, she followed DREAM GIRLS with a big screen biopic in 2011. She starred in the drama WINNIE MANDELA opposite Terrence Howard as Nelson Mandela. That movie didn't get national promotion or a nationwide theatrical release even though it starred an Oscar winner and a black gentleman who has a Best Actor Oscar nomination to his credit.
I have been totally enjoying Josh Groban as the obsessively honest NYPD detective on the Netflix series, THE GOOD COP. It's a father and son cop story with Tony Danza as his slightly tainted cop dad.  Dad did some jail time. Now he lives with his son.  I love Groban's singing. He doesn't sing on the 1-season Netflix series, but his acting is so good that a major studio back in Old Hollywood days would have signed him to a contract in heartbeat and made him movie musical star the way MGM did young Frank Sinatra.

There should be some original movie musicals being prepared for Jennifer Hudson, Josh Groban, Chris Pine....and Jake Gyllenhaal. He's been on BROKEBACK MOUNTAIN and he's been on Broadway. Jake Gyllenhaal got excellent notices for his lead role as the artist in a revival of Stephen Sondheim's SUNDAY IN THE PARK WITH GEORGE.

MGM signed a 13 year old singer to a studio contract. She went on to become an American show biz legend who knew stardom and international fame after the 1939 release, THE WIZARD OF OZ. She made the classic, an original Hollywood musical, when she was 16. In her early 20s, she starred in another original screen musical that's now considered to be a classic. "Have Yourself a Merry Little Christmas" was written for her to introduce in Vincente Minnelli's MEET ME IN ST. LOUIS. In the movie, her character sings the song to comfort her heartbroken little sister on Christmas Eve. They're both sad because their family may be uprooted from the home and city they love to relocate in New York City. She, the big sister, is in love with the boy next door and he with her. Here's singer/actress Judy Garland in the scene from MEET ME IN ST. LOUIS introducing "Have Yourself a Merry Little Christmas."

I miss seeing good singer/actors in original Hollywood musicals.  I hope you enjoyed these lyrical breaks. Merry Christmas and may the New Year be an extremely bright one for you.