They just couldn't look beyond her fabulous face. I watched this months ago when it premiered on PBS. Today on Netflix, I watched it again. If you have not seen BOMBSHELL: THE HEDY LAMARR STORY, you are missing 90 minutes of a documentary that will leave you gobsmacked. Many of us got the gag in BLAZING SADDLES when the Mel Brooks character mistakenly called the Harvey Korman character "Hedy Lamarr." Korman's character immediately corrects him with "It's Hedley."  BLAZING SADDLES came out in 1974.  Hedy Lamarr was a Hollywood Golden Age screen beauty whose face and figure had carbonated the hormones of a young Mel Brooks before he was called into Army service for World War 2. It was an inspired move of documentary director/writer Alexandra Dean to have Brooks as one of the folks who gives comments, information and insight in this fascinating feature.  Hedy Lamarr, a native Austrian, became a famous Hollywood star because of her beauty. 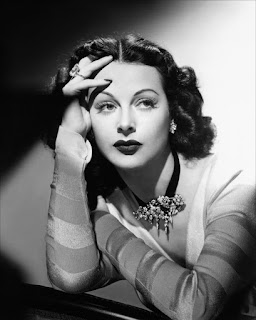 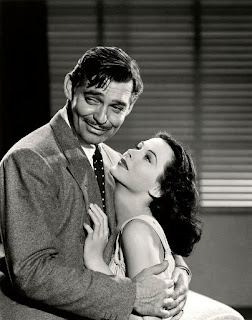 Her greater asset was her brain, but she was toiling within the Hollywood studio arena which, as Bette Davis said, was like "a slave system" especially for women.  Today, we know that the late Hedy Lamarr had an astonishing scientific brain and was a brilliant inventor while she was giving the country big screen allure in very entertaining but mostly forgettable MGM movies of the 1940s.  Had the studio system been fair, had it acknowledged her off-screen character and I.Q., she should've been given lead role script opportunities like Green Garson had with MADAME CURIE (1943), which brought Greer one of her several Best Actress Oscar nominations, and THE PIED PIPER (1942), which brought Monty Woolley a Best Actor Oscar nomination for his performance as a traveler in France during the Nazi invasion who saves a group of refugee children from Nazi evil. 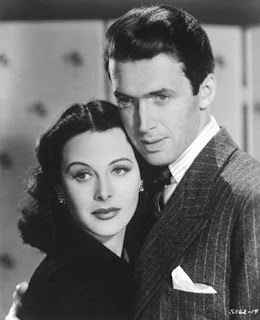 Hedy was the spirited, intelligent daughter of assimilated Jews in Vienna. In school, her favorite subject was chemistry.  Like many artists, she had to flee her homeland because of Hitler. She started her flight with a remarkable and successful plot she hatched while the young trophy wife of a middle-aged munitions mogul. He was making product for Hitler in the 1930s and once had Mussolini to dinner. He was a jealous man who had the maid spy on his wife. Hedy had made a provocative movie in Vienna. Hitler knew she was Jewish. This story comes about in the first 15 minutes of the documentary. Her escape story alone is better than all the scripts she was given at MGM. She gets to London and who's there? MGM studio head L.B. Mayer scouting for European talent to take back to the West Coast.  The determined Hedy Lamarr gets to Hollywood by 1938. 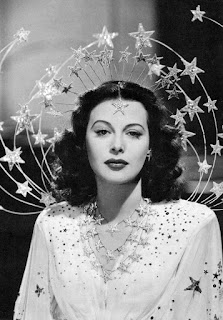 Hedy was one of those beautiful Hollywood butterflies whose wings were pinned to the control of a Hollywood contract in a male-dominated business. She needed freedom to thrive.  As we learn, she was definitely a feminist who suffered within areas of systemized sexism.  First, in the Hollywood studio system and then within the government's military system.  The Navy ignored an invention of hers that could have been a gigantic tool in the war effort.  The Navy, like Hollywood, saw her only as something decorative. She was married six times and, in between those marriages she was a devoted single working mother determined to take care of her kids. Solo, she produced a couple of her own films, a rare and bold move for Hollywood actresses in the 1940s and 50s.

If Hedy Lamarr had not been repeatedly treated like a second class citizen because of sexism and disrespect for immigrants, she should have been as rich as Oprah, a recipient of a Kennedy Center Honor and an American citizen awarded a Presidential Medal of Freedom. Instead, in her later years, she was seen as a former screen beauty and, for a while, she was getting by on her monthly Social Security. Hedy's inventions laid the groundwork for the technology we know today as GPS and WiFi. While on a ski trip with one of her husbands in the 1950s, she noticed an area and had a vision for its business potential. She got the undiscovered area and built a ski resort on it based on the ones she loved in her native Austria. She built this resort in a little-known place called...Aspen in Colorado.

She and the husband divorced. During the divorce proceedings, she missed a court date because one of her children was in an accident and in critical condition. The judge got mad at Hedy for missing the court date and gave the lucrative Aspen ski chalet business to the oilman husband. The child recovered. Hedy was a broke single mother actively pursuing work. Throughout these valleys in her life and career, valleys that seemed to outnumber the peaks, she is never bitter. We hear her words in phone calls with her children and in taped interviews.
"She was a great mother." One lovely and touching element of this documentary is the affection from her children and grandchildren. There is not one bit of MOMMIE DEAREST vibe at all. Her son frankly says that "She was a woman of extremes," but they all have such empathy for her. Even when her behavior was erratic due to what she thought were Vitamin B injections but really turned out to be meth amphetamine from a shady Hollywood doctor, the children and grandchildren understood she was a product of a system that started star actresses on pills to carry them through long hours at work. The Hedy Lamarr story confirms the Hollywood legend we'd heard about Judy Garland in regards to the prescription pills of upper and downers sanctioned by the studio. That's why Davis called it "a slave system."
In 1990, the revelations of her scientific genius came to light in national magazines. She was pretty much in seclusion, not going out much, but still in touch with children and grandchildren and friends. She was still alive to enjoy the reinvention of her image and to receive some acclaim for her scientific gifts.  At the end of the documentary, she leaves us with a most inspirational message telling us to love, to do good, to think big and to build.


Hollywood stardom and glamour were too small and boring for her. Beautiful, yes. But her real beauty was her spectacular scientific brain and how it was used to help others.  Trust me on this. You'll will be stunned and surprised at what you learn in BOMBSHELL: THE HEDY LAMARR STORY. It's on Netflix.
at December 02, 2018