Our nation's Library of Congress has added a new list of films to its National Film Registry.  This is a good thing.  These films -- short subjects, theatrical releases and documentaries -- are deemed to have "cultural, historic and aesthetic importance."  They reflect American diversity, history and heritage.  I want to single out one.  I love this film. It comes to us from a woman I'm sure many of you have seen. Her name is Kasi Lemmons (her first name is pronounced "Casey.") Did you see 1991's THE SILENCE OF THE LAMBS? Kasi Lemmons played the fellow FBI cadet who's the best buddy to Clarice Starling, played by Jodie Foster. 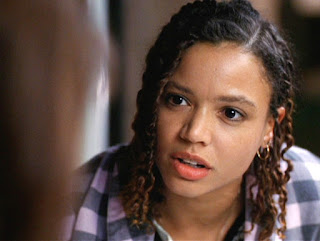 Kasi went on to direct films.  The first film she directed, 1997's EVE'S BAYOU, made the National Film Registry. EVE'S BAYOU is one visually lyrical and sensual film. It was a modern story that took us into the not-too-distant past to give us vibrant, colorful, complex, scary and sophisticated images of black people we did not often get.  These characters looked like neighbors and friends of our family when I was a little boy in South Central L.A. Their clothing was familiar to me. Their living room and bedroom furniture looked familiar. The way they spoke made me think of family, friends and neighbors. I saw some of my young self in the kids. The production design and details were so accurate, I could practically smell the lotion on the children's knees and elbows to keep them from looking all ashy.  EVE'S BAYOU is a riveting drama that has this voiceover line:  "The summer I killed my father, I was 10 years old." 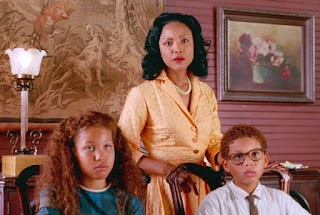 Click on this link to see a trailer for EVE'S BAYOU directed and written by Kasi Lemmons:

I wanted to highlight and promote the stunning creativity of director/screenwriter Kasi Lemmons.  EVE'S BAYOU is not the only fine film she directed.  Don Cheadle is one of my favorite actors.  His performance in the entertaining and moving biopic, TALK TO ME, is prime Don Cheadle.  What a character.  He's fierce, funny, irritating, out-of-bounds, extremely talented and, ultimately, a helpful social activist during a grave period of racial unrest in the country.  He was a former jailbird who became a broadcaster. His freestyle freshness opened the door for radio talents like Howard Stern. Radio host Petey Greene was so funny, so popular, that he was tapped to go to New York City and appear on the TONIGHT Show with Johnny Carson which, as you know, was a "Hallelujah!" booking for any new comic talent on the show biz radar.  TALK TO ME co-stars Martin Sheen, Chiwetel Ejiofor and Taraji P. Henson.  If you're a Don Cheadle fan, 2007's TALK TO ME is a must-see.

Ok.  While I'm at it, let me drop a trailer for that movie too.  Click onto this link to see a trailer for TALK TO ME directed by Kasi Lemmons.

I am elated that Kasi Lemmons made the National Film Registry.  I wanted to highlight her screen achievement because I feel that if she was a young white dude who had directed EVE'S BAYOU as his first film -- a guy like a Quentin Tarantino, a Todd Haines or a Damien (LA LA LAND) Chazelle -- major Hollywood studio execs would've wanted to buy her lunch and talk about future projects.  Top Hollywood agents would've wanted to sign her and pitch her to direct big budget productions. If she was a young white dude. 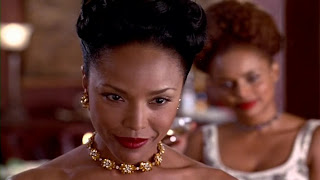 Some other works that made the new National Film Registry list are: