Is This Movie Friendship Better in French?

It's time for a little contrast and comparison.  Back in 2011, I went to see a movie at the Landmark Embarcadero in San Francisco.  Before the feature, there was a coming attractions trailer for a new foreign film. The French movie LES INTOUCHABLES was a big box office hit overseas and it brought a prestigious French film award to actor Omar Sy, the black gentleman. He took the César Award for Best Actor and the movie got a César Awards nomination for Best Film. 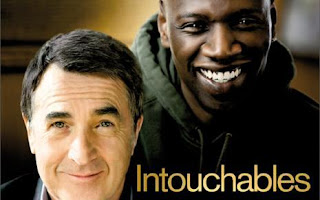 As I watched the trailer, I had a feeling that the French release would inspire a Hollywood remake. 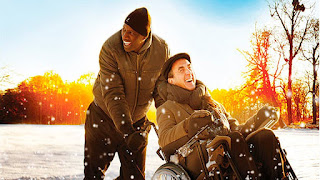 A wealthy man in Paris is severely disabled. A most unlikely candidate, a young man who did half a year in jail for robbery, is picked by the wealthy man for the job of being his live-in caregiver to help him get around inside and outside. Friendship ensues.

Take a look at this subtitled trailer.

Hollywood did remake it.  My hunch was right.  Is there a Best Actor award nomination in the future for almost-Oscars host Kevin Hart?  Will this American version be a big hit like the French original was in France? Is this movie friendship better in French? We shall see come the second week of January.  Retitled THE UPSIDE, comedian Kevin Hart co-stars with Bryan Cranston.

Take a look at this trailer.


If not for his old homophobic gags posted on Twitter, Kevin Hart would be next year's Oscars host.  Taking on a lead role in the American version of an acclaimed French hit maybe signals that he's willing to take on more substantial film acting roles in his career. Maybe. If he really wants to redeem his image after insulting members of the LGBTQ community in Hollywood and beyond, maybe he could check into getting an audition to play the drag queen in a movie version of the hit Broadway musical KINKY BOOTS. Maybe.  Just a thought.
at December 18, 2018