Coming Out with Ginger Rogers

An Oscar-winning top Hollywood star helped me reveal my true sexual orientation. Rich is one of the dearest friends I have in my life.  We have been friends ever since we were in high school back in Southern California. We attended different high schools. He grew up in Long Beach and I grew up in South Central L.A. where I attended a high school in Watts. What brought Rich and me together was a summer camp experience in the San Bernardino Mountains. It was called Camp Brotherhood Anytown, a diversity project from the National Conference of Christians and Jews. The goal of this camp was to bring teens of different races, areas and income levels together and talk. This was during the turbulent 1960s.  My high school was located next to what was called "Charcoal Alley" during the Watts Riots which made national TV news and newspaper headlines.  I attended Camp Brotherhood Anytown.  I attended as one of the Christians.  A few classmates from my Catholic high school went too. Our teachers promised us a juicy number of extra credit points towards classes in our upcoming semester. I would've rather stayed home and taken the bus to see some new movies in Hollywood, but bonding in the mountains with white kids from Beverly Hills could exempt me from having to read IVANHOE for my fall semester's English Lit. class. A year after we met, Rich saw me in my first ever speaking appearance on TV.  I was the youngest (and first black) contestant on a syndicated movie trivia quiz show called THE MOVIE GAME. There was a series of tests from the TV game show's producers before I was booked as a contestant.  Some of the questions I answered correctly were as such: "Clark Gable put up the Walls of Jericho in what classic comedy?" IT HAPPENED ONE NIGHT.  "Burt Lancaster and Deborah Kerr have a famous kiss on the beach in what movie?" FROM HERE TO ETERNITY. "Name four movie stars with the last name Powell." Dick, William, Eleanor and Jane. "Ginger Rogers danced with Fred Astaire in famous musicals then won a Best Actress Academy Award for what drama?" KITTY FOYLE. 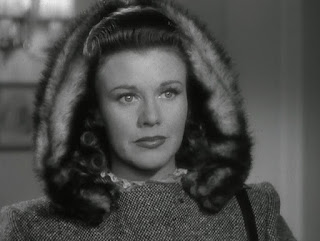 Rich saw me on THE MOVIE GAME shot in Hollywood -- and he saw me win. 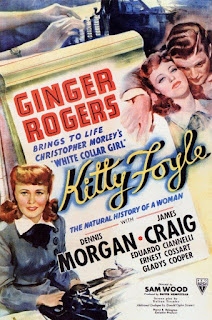 THE MOVIE GAME was shot at the old Goldwyn Studios in Hollywood. Each show had two contestants. Each contestant had two celebrity teammates. The show had two co-hosts, New York transplant Sonny Fox and veteran Variety columnist Army Archerd. (They did not get along.) For a glimpse of THE MOVIE GAME, just click onto this link:

Like in an old movie, calendar pages fell and time marched on.  Rich went away to college.  I went away to college. We grew up and started our adult lives and careers.  My dream of working in New York City came true.  By 1988, I was a daily host on VH1 and I'd been given my own prime time celebrity talk show.  For the show, I occasionally had to fly to L.A. to tape VH1 segments. One evening in L.A., a few us from VH1 were on our way to have dinner and go over notes for the next day's tapings. We were in the Westwood area. We were on the sidewalk, headed for the restaurant, when who did I spot? Rich! He was with a few friends. I darted over to him, we hugged and I told him I was in town on TV business. I told him where I was staying and, if he had time, to call me there so we could have a bite or drink and catch up before I had to fly back to New York.

Rich had had girlfriends.  He never knew me to mention a girlfriend. And when old friends reunite after having not seen each other for a very long time, it's commonplace for this question to come up: "So, are you married?"

I had cleverly dodged answering that question truthfully for years. I'd say "Not yet, still looking" or "Can't find the right girl" or "I was engaged. But, a year ago, Mildred went on a pleasure cruise with friends. They unknowingly sailed into...the Bermuda Triangle. We've had no trace of them or the boat since. I try to hold on to hope but she's been gone so long. I really can't talk about it any further because the government is still investigating. I hope you understand. Please don't tell anyone."

I wanted to see Rich before I flew back to New York. I wanted to tell him the truth. Back in the day, I'd visited him in Long Beach and met his totally cool family. He'd come to South Central L.A. and met mine. My mom was crazy about him.

Rich called me at my hotel. We found time in the afternoon one day and he suggested we meet at the Beverly Center.

I arrived. I spotted him seated at a table near a frozen yogurt shop. Still tanned, still handsome, what some folks would've called his "Jewish Afro" of the 60s & 70s was shorter. We were both older. I was a little nervous. I'd come out to a couple of buddies I'd had before this meeting. I never heard from them again. Something way back in my mind flashed like a yellow traffic light, alerting me to proceed with caution.

We sat together, having a terrific chat. He told me about loopy situations in his romantic relationship with a sweet divorced woman. When he finished one funny story about his dating life, I felt the perfect moment was present for my revelation.  I started slowly and steadily.  "Rich, we've known each other a long time. Ever since we were kids. And there's something I need to tell you."

With that, I looked past him, gasped "Oh my god. It's Ginger Rogers" and dashed away from the table like I was track and field star Carl Lewis at the Olympics. 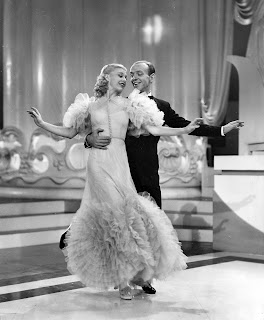 Yes. There she was, walking casually with a friend. The star of famous original movie musicals with Fred Astaire such as TOP HAT, SWING TIME and SHALL WE DANCE that elevated the art of the film musicals. The screen star was also one of that era's best screwball comedy actresses as she proved in BACHELOR MOTHER, ROXIE HART and Billy Wilder's THE MAJOR AND THE MINOR and winner of the Best Actress Oscar for the feminist drama KITTY FOYLE. There she was in person. There I was shaking her hand, introducing myself and quickly telling her how significant her work was to me as I gazed into her eyes so blue that I suddenly realized what inspired men like Irving Berlin and George and Ira Gershwin to write love songs for Fred Astaire to sing to her. 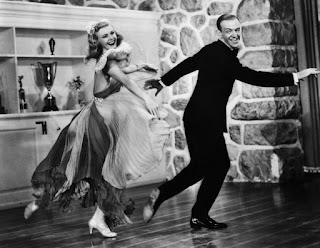 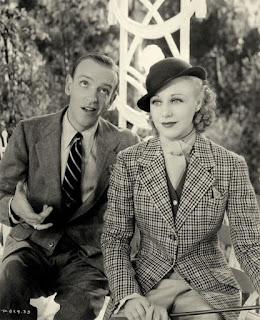 She was gracious, grateful and flattered. A lovely woman. 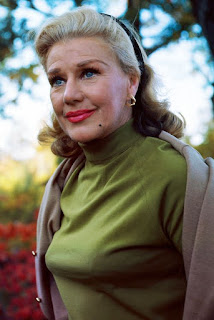 I walked back to Rich at our table in the Beverly Center mall and sat down again, with a huge smile on my face. He was smiling too. I picked up where I left off.  "Rich, there's something I need to tell you..."

"You're gay," he interrupted, his face full of warmth.

"I had a hunch. But six words just confirmed it -- 'Oh my god. It's Ginger Rogers.' I never saw you move so fast in all the years we've known each other."

Our friendship continues.  I love that guy.

And that is how I came out to one of my best friends -- with a little help from Ginger Rogers.