On the Under-Appreciated Michael Musto

Please allow me to pitch an article, a very favorable article, written about a longtime fixture on the New York City entertainment scene.  He's a sharp, witty, insightful journalist. And he's an under-appreciated activist who pitched in to help his gay community during the pitch black dark days of the AIDS crisis.  He wasn't just all about nocturnal hobnobbing with celebrities for his newspaper column reports.  I cannot believe that Michael Musto has never been honored by GLAAD (Gay & Lesbian Alliance Against Defamation). 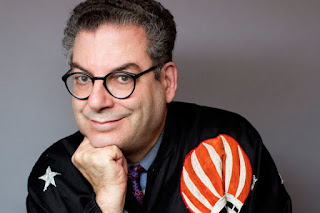 GLAAD is now a big deal when it comes to its media awards.  The event gets national coverage in entertainment news.  Gay celebs and straight celebs are honored.  I've never been invited, but I always read the online articles about the big night and see the celebrity photographs. 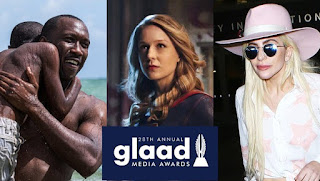 Why Michael Musto has never been invited to attend, have the Veal Prince Orloff -- or whatever they serve for dinner -- and be presented an award of merit is beyond me.  GLAAD had its gala recently in New York City. 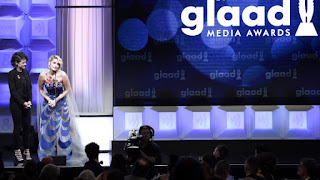 I was born and raised in South Central L.A.,  attended Marquette University in Milwaukee, and started my professional broadcast career in that city after I graduated.  While I was an entertainment contributor on Milwaukee's ABC affiliate, I started doing movie junkets, most of which were held in New York City.  When I interviewed Dustin Hoffman about 1982's TOOTSIE, a journalist who looked like Gandalf from LORD OF THE RINGS came into the room, sat and watched our interview.  He was the late Arthur Bell, a respected gay columnist for THE VILLAGE VOICE.  His column was called "Bell Tells."  He pulled me aside after the interview, told me I needed to get out of Milwaukee and move to New York, and he included some of my banter with Hoffman in his cover story about the TOOTSIE star.  That mention got me noticed by a TV exec in New York City  When Arthur Bell retired from the newspaper, Michael Musto filled that space in THE VILLAGE VOICE with a new column called "La Dolce Musto."  It picked up where "Bell Tells" left off with the addition of Musto's unique style and voice.  I got to New York in 1985.  I started at WPIX TV/Channel 11.  Musto was one of the first people I interviewed in studio.  He was out, proud, fabulous, festive, smart as whip and a wonderful guest.  In my off-duty hours, I would see Michael Musto (occasionally in drag or nearly in drag) at the clubs.  He wasn't just partying.  He'd get onstage, take the microphone and urge the practice of safe sex.  He handed out condoms to clubbers in those days when TV stations (like PIX 11) were timid about getting safe sex messages on the air. 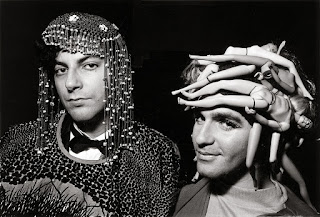 In his weekly column for THE VILLAGE VOICE, Michael Musto was a voice and champion for the gay community when we didn't feel the embrace of diversity that we feel in the media today.  Nowadays when new TV, film or music stars come out, they get a nice mention on ENTERTAINMENT TONIGHT or ACCESS HOLLYWOOD.  GLAAD gives them flowers, cake, balloons and a pony.  Ellen DeGeneres has them on her daytime talk show.  When Michael Musto was hitting the clubs and being of service during the AIDS crisis, celebrities were not coming out for fear of never working again.  We didn't see openly gay network news talent like Robin Roberts and Gio Benitez on GOOD MORNING AMERICA, Don Lemon on CNN and Anderson Cooper.  There were not Ellen DeGeneres and Andy Cohen with festive talk shows.  Openly gay actors like Neil Patrick Harris didn't get to host the Oscars and show up on the red carpet with their husbands.  We didn't have reality competition shows with openly transgender contestants.  New York City, for all its sophistication, was in an age of fear, disease and exclusion that was almost Medieval in its ignorance.  It was reported in NEW YORK Magazine that some expensive people on the Upper East Side of Manhattan stopped dining at their regular posh restaurants.  Why?  They assumed all waiters were gay, all gay men contained the AIDS virus and the AIDS virus could be transmitted if those waiters touched your plates and utensils. That's how it was in the 1980s going into the early 1990s.

Mike is no longer with THE VILLAGE VOICE but he's still writing and he's still a voice for the gay community.  There is a great article about him that I'd like to recommend to you. 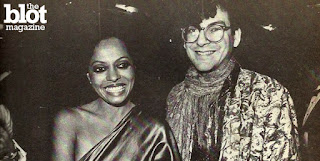 To read "He's Still Here: Michael Musto on His Roast, Madonna and Why Nightlife Ain't Dead Yet," log onto this site:  www.unicornbooty.com.

If you're on the GLAAD team, consider showing Michael Musto some love at next year's event.  He deserves it.  He was helping the gay community before the lead actors in some of this year's GLAAD nominees were even born. 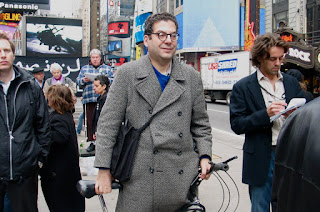