The late Ingmar Bergman was a master Swedish filmmaker.  Every film course I ever took in college included at least one landmark foreign film from the director, screenwriter and producer.  His theological/philosophical films also gave us some of the most arresting visuals in modern cinema history. 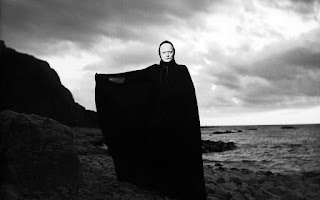 One of my favorite Bergman films is one of his most revered -- 1957's THE SEVENTH SEAL.  This is the fantasy drama in which a disillusioned Medieval knight, back from wars, plays chess with Death.

Bergman took us back to a Medieval Sweden that had been ravaged by the plague.  We meet other characters. 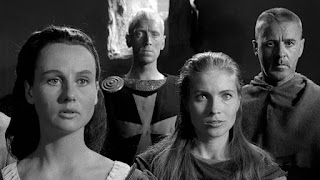 Yesterday on Twitter, one of the guys I follow wrote this after the national news broke that Trumpcare had narrowly passed and GOP leaders were taking a "victory lap" with a White House group shot on TV with statement from their leader.

My Twitter pal tweeted: "Not ONE discernible Black person in that wide shot of Donald Trump and his cohorts."

I totally agreed.  I tweeted "Exactly.  Not ONE!  I've seen more Black people in a classic Ingmar Bergman film."

Here's a couple of captures of that network TV wide shot: 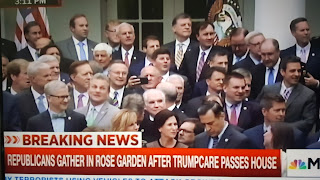 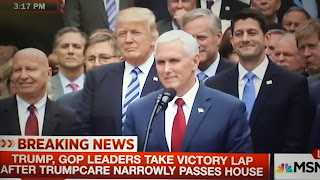 THE SERPENT'S EGG was a 1977 release from Swedish director Ingmar Bergman.  This foreign film starred Liv Ullman and David Carradine.  The story takes place in the poverty-stricken Berlin right after World War I. 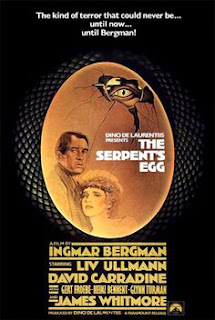 Also in the cast was African-American actor Glynn Turman.  Here's a shot of Turman in the Ingmar Bergman classic. 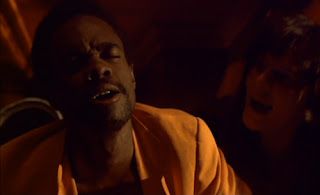 And there you have it.  So much for Trumpcare.