I spent quite a few hours Saturday looking at that big Johnson.  Dwayne Johnson, the pro wrestling star formerly known as The Rock, stars on the HBO series, BALLERS.  He's very good on it -- and that is no surprise to me.  On the series, he plays a retired NFL star now working as a classy financial manager who's often a wrangler/male nanny to pro athletes in Miami.  This manager has his hands full trying to talk some sense into them.  The pro contracts with millions of dollars have gone to their heads while their young, joy-seeking hormones are getting them into expensive trouble.  The financial manager's job seems glamorous, but it is not easy. 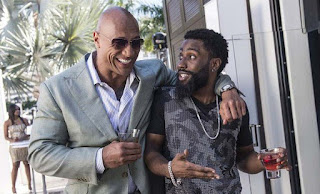 BALLERS is a good HBO series.  Not a classic one in terms of scripts and plots like THE SOPRANOS but a good one that gives Dwayne Johnson a chance to exercise his acting muscles and play a more dramatically complicated character.  I binge-watched HBO's airing of the Season 1 of BALLERS over the weekend. 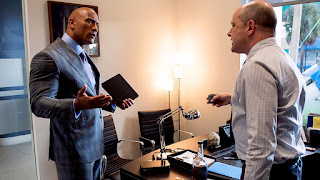 The transition of sports stars to movie stars is nothing new.  But, when I saw The Rock in a supporting role, I felt that he stole the picture.  And he was brave to take on that role coming from big, macho world of sports.  GET SHORTY clicked with critics and moviegoers.  The totally cool, hip comedy crime thriller was a 1995 release that recharged John Travolta's movie career.  Based on the Elmore Leonard novel of the same novel, it was so popular that it spawned a follow-up film.  BE COOL was not as popular but it had its moments.  A big surprise was "The Rock" as a gay Samoan bodyguard who's often subjected to snarky comments about his sexuality.  2005's BE COOL starred John Travolta, repeating his role as Chili Palmer, plus Vince Vaughn, Uma Thurman, Danny DeVito, Harvey Keitel and Cedric the Entertainer.  But Dwayne Johnson stole the film with his winning supporting role performance as gay Elliott, the muscle-bound bodyguard interested in the music business. 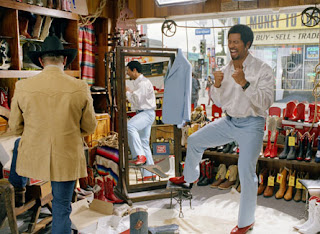 One of my favorite parts of BE COOL was seeing Elliott do a cover of Loretta Lynn's country music classic, "You Ain't Woman Enough (To Take My Man)." 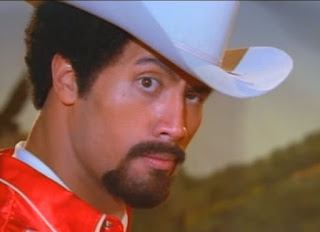 When I saw Johnson take on the lead role in 2006's sports drama called GRIDIRON GANG, I really became a fan.  It's an inspirational film, based on real-life story of a former football star who is dismayed by the numbers of inner city youths who commit crime after crime.  The former football star helps turn lives around as the coach in a juvenile detention camp.  In Johnson's solid performance, you could see that he was serious about the craft, serious about challenging himself as a screen actor.

He is now a very popular movie star and producer.  May 2nd is his birthday,  Happy 45th, Mr. Johnson. 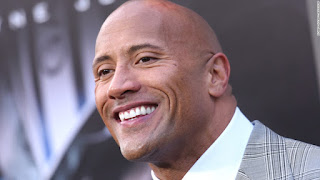 The big black Samoan who stood out in 2005's BE COOL was in that movie cast directed by the successful African-American filmmaker, F. Gary Gary.

That's a landmark in Black History for an African-American filmmaker.  Tell that to NBC/Universal's TODAY Show.  The morning news program ignored STRAIGHT OUTTA COMPTON in 2015, promoting other Universal releases like MINIONS and TRAINWRECK instead with live and taped interview segments. 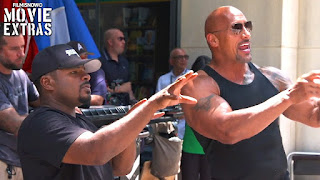 Dwayne Johnson stars in THE FATE OF THE FURIOUS, directed by F. Gary Gray (left in above pic).  The car chase action thriller co-stars Charlize Theron and Vin Diesel. 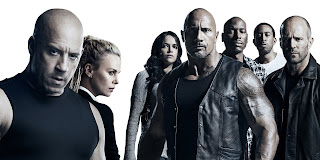