ABC will give us a new DIRTY DANCING, not exactly a remake of the surprisingly popular 1987 movie.  Some of the storyline has been beefed up.  Baby's parents are having marital bumps and we find out what happened to the two young lead dancers after that special summer ended.  I think I'm pretty safe in saying that DIRTY DANCING was the film that made Patrick Swayze a movie star.  And he deserved stardom.  I had a few great experiences with him during my TV career.  I will always think of him with a smile.  He was a down-home, regular guy who was a real gent, absolutely playful, loved his wife and loved performing. 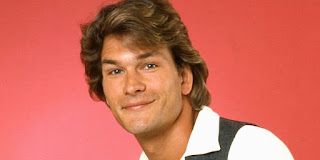 I met him when I was new to New York City and working on local WPIX TV/Channel 11.  During that time, we ran into each other at an event party in downtown Manhattan and we chatted.  I asked him if he had anything new on his schedule and he told me about the DIRTY DANCING script. 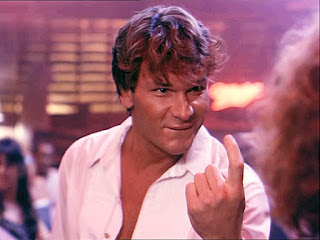 Here's why I called it a "surprisingly popular" movie.  Back in the 1980s, we got Bill Murray comedies.  One was a summer camp comedy called MEATBALLS.  Patrick let his hair down at the party and revealed to me that he wasn't too sure about wanting to do the dance movie because the first draft of the script read, in his words, "...like MEATBALLS with music." 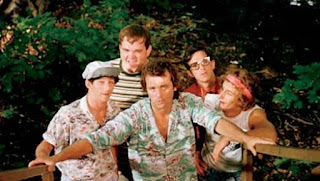 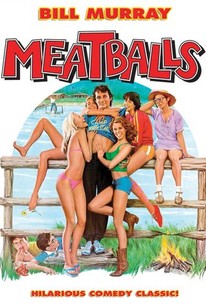 Obviously changes were made and obviously those changes worked.  The next time I saw Patrick, he was a guest on my first VH1 talk show.  I was on national TV and he had a national box office hit.  Lord, was he a fun guest!  No pretense, all charm and humor. And talent.

VH1 helped get people in movie theater seats, I'm sure.  We veejays introduced the film's music video to "The Time of My Laugh" on an hourly basis.  We also played Patrick's DIRTY DANCING music video. He sang "She's Like the Wind."  The movie's popularity inspired a DIRTY DANCING traveling show featuring dancers and songs used in the film.  We VH1 veejays gave viewers DIRTY DANCING Tour Dates every day in special promotional segments.

One time, I had to go to L.A. to tape some interviews for my VH1 talk show.  I stayed in a West Hollywood hotel that had a corporate account with MTV/VH1 Networks.  While I was there, I ran into Patrick.  He was the first ever movie celebrity who said to me, "Let's grab a beer."  And we did.

We laughed. We gossiped a little. He was extremely grateful for his career success.  He confided in me about how emotionally and physically taxing a day with the Barbara Walters TV crew was.  (Remember when he cried in a Barbara Walters special when she asked a certain question?)

When I was doing Whoopi Goldberg's national weekday radio show, which lasted from 2006 to 2008, we got word that Patrick would be in New York for stage readings of a musical that hoped to go to Broadway.  He'd take on the role Michael Landon did on TV for that stage musical version of LITTLE HOUSE ON THE PRAIRIE.  I told Whoopi and I wanted to get Patrick on our show.  I wanted to see him again.  It was then that Whoopi pulled me aside and told me the real story of how she got GHOST, the comedy that earned her an Oscar and put her in the Hollywood history books for 20 years as the only Black actress who had more than one Oscar nomination to her credit.  Whoopi's first nomination was in the Best Actress category for 1985's THE COLOR PURPLE.

Even with that Oscar nomination to her credit, she could not get an audition for 1990's GHOST. Her story is another example of how the playing field for us performers of color in the film/TV industry is rarely a level one.  The producers would not let her audition, they would not meet with her.  This rejection was extremely humiliating for her.  Keep in mind that Whoopi had had a humiliating experience a few years before GHOST when a film director, in front of others, caustically remarked that the did not find her pretty or sexually attractive enough for the female lead role she wanted.  That, too, was after she had a Best Actress Oscar nomination to her credit for THE COLOR PURPLE.

Patrick Swayne was already signed for GHOST.  When he heard that Whoopi Goldberg was being denied the opportunity to audition for it, he told the producers that if they didn't let her audition, he was pulling out of the project. 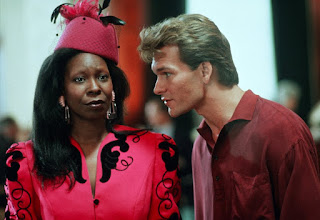 That's how Whoopi got to audition, that audition got her the part of Oda Mae, that performance got her an Oscar and she helped make GHOST a huge box office hit.  Patrick Swayze stepped up and helped a future friend in need.  He helped Whoopi get the respect she deserved.

Patrick Swayze didn't do the stage reading for LITTLE HOUSE ON THE PRAIRIE, the musical.  He'd been stricken with cancer.  I miss him.  I'll be thinking of Patrick a lot when I watch the new DIRTY DANCING on ABC.  He was quite a guy.