I was hooked by the sitcom's TV commercial.  The ABC ad showed raves from critics.  So I watched Wednesday night's premiere episode of DOWNWARD DOG.  My feeling was "Are you kidding me?  Critics raved about this?"  First ABC gave us IMAGINARY MARY.  A grown, white, single female had an imaginary friend.  Now ABC gives us DOWNWARD DOG.  A grown, white, single female has a talking dog.  But the dog only talks to us, the viewers.  He doesn't talk to her. 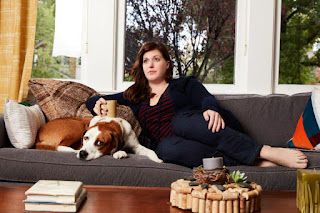 He narrates their history and her life.  The owner is an under-confident millennial who has an office job in Pittsburgh, a snarky millennial boss and a frustrating love life.  The show plays as if a couple of NPR segment producers who both own dogs got together and decided to write a sitcom.  The dog is neurotic, talks like he's a Judd Apatow character and he talks way too much.  After I while, I wished he would just bark, eat a Milkbone and lick his own genitals.  I didn't need all that hipster pooch rambling.  I would not be surprised it, in a future episode, this dog would say something like "I wish she'd mix some kale in with my canned dogged food."  That's the tone of this canine character. 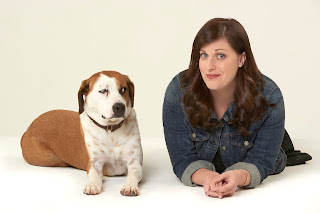 The novelty of a dog "breaking the fourth wall" is not new.  It was done in 1955 on a sitcom starring actor Jackie Cooper.  When I was a kid, this show was in syndication.  Local TV station in Los Angeles aired it as Saturday morning kid fare along with cartoons and such.  The show was called THE PEOPLE'S CHOICE.  The less chatty and funnier dog was named Cleo.
If you want to see a movie about a single woman who loves dogs, a woman played by someone known for comedy, I've got a really good recommendation for you.  Molly Shannon, formerly of SATURDAY NIGHT LIVE, has done a couple of films in which she hit dramatic homeruns.  One of those movies is 2007's YEAR OF THE DOG.  Molly Shannon plays a lonely, middle-aged office worker whose life changes when her dog unexpectedly dies.  She reaches out to people to fill the void in her life after her dog's death.  She endures disappointment after disappointment.  Shannon is excellent and a bit heartbreaking in this film.  Her dramatic work was a revelation.  Here's a trailer.
The other film in which Molly Shannon breaks your heart is 2016's OTHER PEOPLE, also an indie film.  She plays the Sacramento mother of a TV comedy writer.  He's gay and he's just broken up with his boyfriend in a big, cosmopolitan city.  He moves back to conservative suburban Sacramento to take care of his loving mother because she's terminally ill with cancer.  In OTHER PEOPLE, Molly Shannon hits another dramatic homerun.

As for DOWNWARD DOG...let's see if the TV audience takes to a neurotic housepet that talks too much.  Who knows?  I thought it was so-so, but the public might dig it. 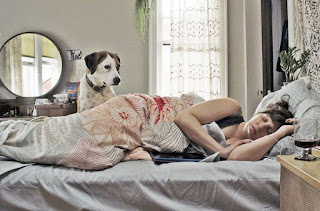