Actress Lucy Liu has been doing some of the best acting of her career on the TV series ELEMENTARY.  The series is a modern-day spin on the Sherlock Holmes mysteries.  She plays Dr. Joan Watson.  Lucy Liu has also added work behind the camera as director to her credits thanks to the series.  I have been a fan of hers for quite some time.  I first noticed her in the movie JERRY MAGUIRE.  I followed her on the TV series ALLY McBEAL.  I saw her in hit movies like CHARLIE'S ANGELS.  I saw her in indie movies that hardly anyone else did -- like 2007's WATCHING THE DETECTIVES -- and I've seen her on Broadway.  I've never met or interviewed her.  But in Mo Rocca's CBS SUNDAY MORNING feature with her, I was not surprised to discover that she and I had a shared experience of being people of color in a profession millions assume has a level playing field.  Rocca did a good interview. 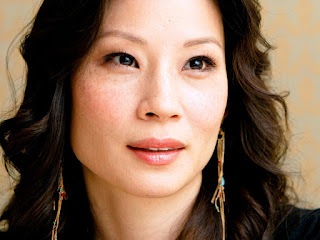 Ms. Liu brought up the accurate point that, as people of color, we grew up looking for representations of ourselves on screen.  Many times those representations were in the background or off to the sides...if they were present at all. Her work on ELEMENTARY is a terrific representation.  Her Watson is a brilliant, complicated, dimensional character. 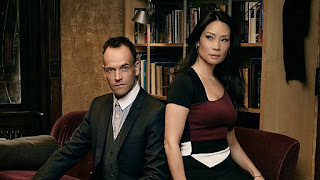 What I really appreciated was the fact that Mo Rocca smoothly got into the topic of equal opportunity when he asked Lucy Liu about her ALLY McBEAL audition.  I can't tell you how many time through the years I've gone to auditions and saw a sea of white faces also waiting to audition.  I'd see a couple of other minority candidates.  We'd wish each other well and wonder if we minority candidates truly had a shot or we were there to fill a quota so that the folks in charge could say that a few ethnic actors were auditioned.  These things cross your mind.  You also hope that, if you don't book that particular job, someone will notice you and keep you in mind for something else because you may have to hustle up your own employment.  That's been my career.

With a show business career, you're liberal white friends may see a successful Oprah Winfrey, Will Smith, Eva Longoria or Lucy Liu and assume that everything's cool -- that the playing field is level in terms of equal opportunities and equal pay.  It's like when folks thought America instantly became post-racial because we'd elected Barack Obama to President.

I've got a good resumé.  VH1, CBS Late Night, local NBC and Fox TV morning news programs in New York City, a weekly film reviewer job for an ABC News live weekday show on Lifetime TV, 100 episodes of a weekly Food Network show and two years of national morning radio with Whoopi Goldberg.  That work covers a period from 1987 to 2008.  All those jobs were jobs I got on my own.  No broadcast agent was involved because broadcast agents were still turning me down.  I don't have an agent now.  I just stopped looking for one.

For Lucy Liu to have a good role on a hit series and to be directing episodes of that series took a lot of work over years on a long, often bumpy road, I'm sure.  That's quite an achievement. 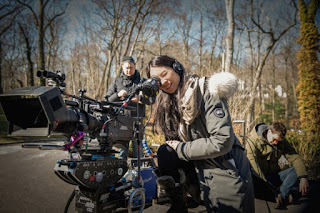 Here's one last example about the playing field not being level for minority performers.  I'll use Mo Rocca's career as a comparison.  He did fine comic performing in the early seasons of the political news comedy program, THE DAILY SHOW.  He hosted a show on the Cooking Channel.  He does celebrity interviews on CBS Sunday Morning.  He's a frequent panelist on the NPR comedy news-of-the-week show WAIT! WAIT! DON'T TELL ME. 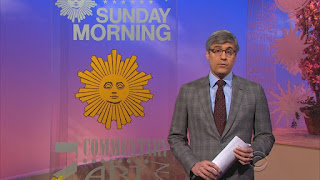 In 2008, the show I hosted on Food Network was then airing Monday through Friday in the late mornings.  In the early mornings, I was heard live on national radio with Whoopi Goldberg.  I'd played a recurring satirical news character for THE ONION and some of the pieces were show on MSNBC. I booked speaking roles in two national commercials that aired quite well.  One for T-Mobile and the other for Southwest Airlines.

I met with three top agencies in New York City.  Each rep said, "I wouldn't know what to do with you." I believe what they really wanted to say was "I don't get a lot of work opportunities for black talent."  I'm not the only performer of color who has hit that occupational pothole.

If a casting notice had gone out from VH1 with "Seeking TV talent to host smart, entertaining half-hour celebrity interview show with stars of film, TV and music," I would not have been submitted by an agent.  Why?  Because it did not say "Seeking black TV talent" or "race unimportant."  I got the job because the executive in charge was aware of my work and knew I could do it.  He contacted me personally. Here was the result:
Go look for that Mo Rocca profile of Lucy Liu on CBS SUNDAY MORNING.  Search the website:  www.CBSNews.com.  Brava, Lucy Liu, for breaking through.

Always keep the faith, regroup, and rise above it.