As I did when I wrote about same thing months ago, I must tell you that I've been a devoted TCM viewer since 1999 in New York City.  Robert Osborne lived in New York City.  One of my favorite memories is when he talked to me for a few minutes about the 1954 remake of A STAR IS BORN, the film in which Judy Garland made a spectacular screen comeback.  I miss him.  Ben Mankiewicz has done a smooth job growing into the role of TCM's main host. 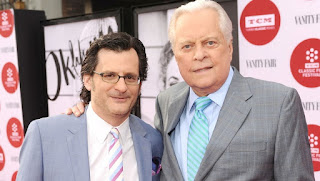 I'm thrilled to see Tiffany Vazquez host on weekends.  It was great seeing actress/author/historian Illeana Douglas do red carpets interviews for the TCM Film Festival.  I loved Ben's festival question about the racial relevance that 1967's IN THE HEAT OF THE NIGHT still has.

When IN THE HEAT OF THE NIGHT was released, there were no African-American film critics working for top newspapers.  There were no Black film critics on local or network news programs.  All these years later, there's still no Black film critic on a network news program.  When cable's AMC was American Movie Classics, it never hired an African-American host.  But it always saluted Black History Month.  You can probably tell where I'm going with this.  Let me use Judy Garland's screen comeback to make my point:  There were more Black people in the legendary Oscar race for Best Actress of 1954 than we see as guest hosts on TCM.  And we're just about halfway through 2017.  Judy Garland was the Oscar favorite for A STAR IS BORN.  In an upset that folks still talk about, the Best Actress Oscar went to Grace Kelly for THE COUNTRY GIRL.  Dorothy Dandridge made history as the first African-American woman to be nominated in the Best Actress Oscar category.

The other nominees were Audrey Hepburn for SABRINA and Jane Wyman for MAGNIFICENT OBSESSION.  Dorothy Dandridge made Hollywood headlines with her nomination for 1954's CARMEN JONES. What a fine actress she was.  But race discrimination severely limited her Hollywood career after that groundbreaking, historic and well-deserved Oscar nomination. 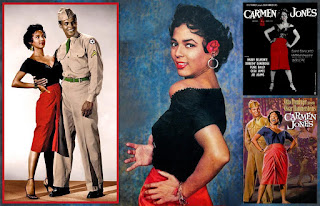 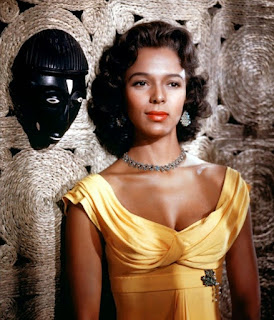 Now...let's look at TCM.  This year's TCM Film Festival promo didn't have a shot of or a soundbite from a Black TCM fan attending the festival.  There was no Black correspondent on the TCM Film Festival red carpet in Hollywood for the special IN THE HEAT OF THE NIGHT anniversary screening, a screening which Sidney Poitier and Quincy Jones attended.  There's no African-American tour guide in the TCM Location bus tour spots.  There's hasn't been a Black person sipping wine with Eddie Muller for the TCM Wine Club. Alec Baldwin is the new host for Saturday's TCM  The Essentials.  His first three guest co-hosts are David Letterman, Tina Fey and director William Friedkin.  Author Eddie Muller is a totally cool host for the new Noir Alley on Sunday mornings.  African-American actors were never the stars of film noir classic Hollywood films, so we're not seen in that promo.  February was completely devoted to Oscar-nominated films leading into the Oscars telecast on February 26th.  That replaced possible Black History Month programming.  There hasn't been an African-American Guest Programmer in quite some time.  In the colorful video open for Guest Programmer night, you see a montage of previous celebrity programmers.  A few seen are Michael J. Fox, Cher, Bill Hader and Conan O'Brien.  We don't see any of the Black programmers.  We don't see Diahann Carroll, Lou Gossett, Whoopi Goldberg or Spike Lee.

There are many Black film critics/classic film fans in New York City.  I know.  I've seen them and talk to them at screenings.  We all share the same frustration.  We get tapped to be on TV and talk about films for Black History Month, but we never get called to be on set the morning the Oscar nominations are announced.  We're not called in for "mainstream" stuff like talks about films by William Wyler, Vincente Minnelli, Billy Wilder or George Cukor.  And, for some reason, news producers don't think African-Americans watch foreign classics by masters such as Fellini, De Sica, Kurosawa, Truffaut and Ingmar Bergman.  For us Black film reviewers, interviewers and film hosts, breaking through to be included in the general film discussion is always a long, hard continuous effort.

If would be great to see representations of myself blended into the TCM host segments and interstitial spots surrounding its great movie fare.

If you're new to this blog post, here's a bit of my previous work, by way of introduction.  Here's a clip of my entertainment editor work for ABC News...
.....a couple of minutes from my exclusive VH1 interview of Paul McCartney in London....
....and a short reel of some of my other film-related interviews.