The Hardy Boy as Elton 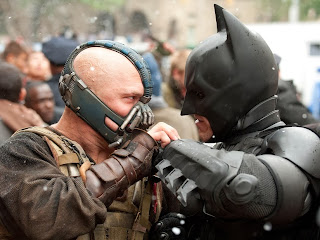 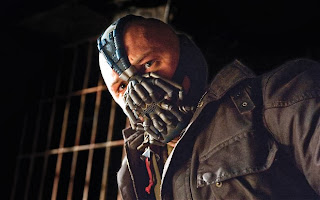 American moviegoers may not be as aware of this British actor as they are of Daniel Craig, Daniel-Day Lewis, Colin Firth, Hugh Griffith and Daniel Radcliffe of Harry Potter movie fame.  But, trust me on this, Tom Hardy can deliver the goods.  He is one outstanding and fascinating chameleon of an actor.  Can he go from Bane and this.... 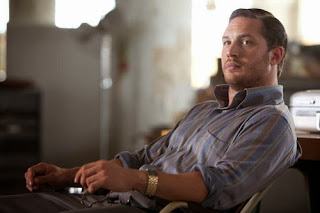 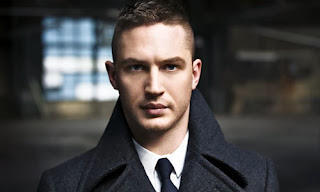 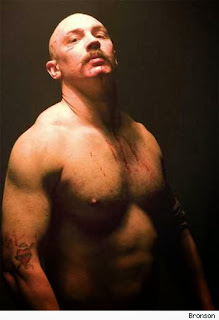 ....to this onscreen as a flamboyant rock/pop music icon? 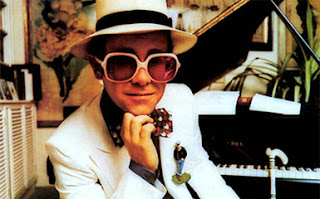 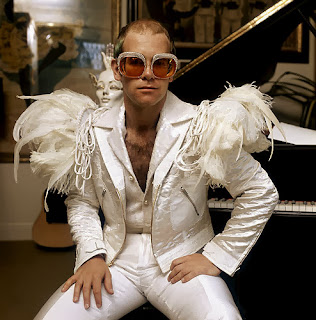 I am absolutely, positively convinced that he can.  I've seen his work.  If you just know him as Bane and as a cast member in the big surreal hit Inception starring Leonardo DiCaprio , I highly recommend that you see Tom Hardy as Bronson.  This 2008 British film really shows off this actor's brilliance and versatility.  It's not a light film to sit through.  It's a brutal psychological drama with surprising wit.  In its violence, it'll remind some of Kubrick's A Clockwork Orange with a touch of Bob Fosse expressionism and style plus a color red visual reminiscent of Bertolucci's The Conformist.  Based on a real-life character, we see a bad-ass criminal who is sent to prison for robbing a post office.  He was supposed to do seven years but his behind-bars violence extends his sentence to thirty years.  And he's placed in solitary confinement.  He gets interested in art.  Prison officials believe this will rehabilitate him.  But Bronson winds up holding his art teacher hostage and strips naked.

In this very original drama, Bronson tells his tale onstage to an audience.  Here's a trailer.

The Elton John biopic project is entitled Rocketman.  Tom Hardy will rock it.
at October 24, 2013