Love Me Some Jessica Lange

One weekend this month, social media lit up with fabulous comments about Jessica Lange in the new season of American Horror Story.  I guess "nothin' says lovin' like something from the coven."  (A riff on an old TV commercial slogan.)  The current season of AHS is Coven.  Jessica Lange, Angela Bassett and Kathy Bates give us witches. 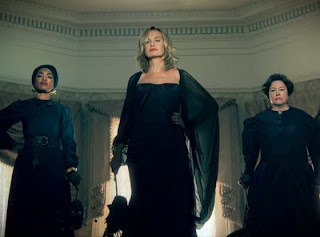 All three actresses have Oscar nominations in their history.  Two are Oscar winners.  That brings me to a point that always delights and inspires me about Jessica Lange. 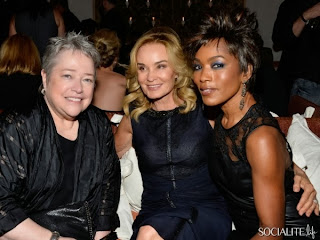 When she was new, she landed the female lead in the 1976 remake of King Kong. 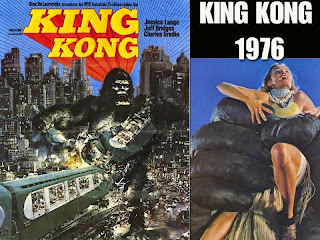 The first big budget remake could not compare to the classic 1933 original.  Critics were not kind.  Neither were moviegoers.  The mostly male critics seemed to lob particularly stinging zingers at Jessica Lange.  NBC's Gene Shalit was one of those who pretty much dismissed her as just another former fashion model who thought she could act.  Similar criticisms appeared in this book co-authored by Michael Medved about bad movies. 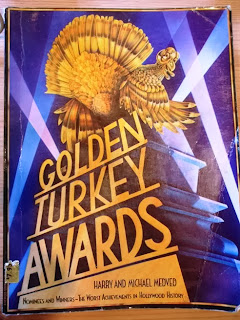 ....and she's also nominated for Best Actress for Frances, in which she played the life and turbulent times of 1930s Hollywood movie star, Frances Farmer. 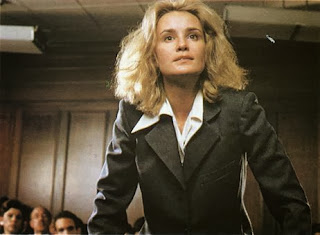 Two Oscar nominations for acting in one year.  She took home Best Supporting Actress award for Tootsie.  Her second Oscar would be the Best Actress of 1994 Academy Award for Blue Sky, co-starring Tommy Lee Jones as the 1960s military officer, an engineer, with a free spirited wife whose sexy behavior may stem from a mental disorder. 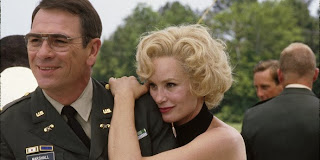 In 1990's Men Don't Leave, Lange played a widowed mother who is nearly broke and homeless with her two young sons after the sudden death of her husband.  She has to relocate them to Baltimore, reinvent her life and get a job.  One rather picky boss of hers was played by Kathy Bates, future Best Actress Oscar winner for Misery. 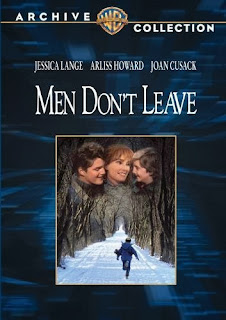 Now those two ladies thrill millions of fans on TV's American Horror Story, a series that earned Jessica Lange an Emmy for 2011's Best Supporting Actress in a Mini-Series. 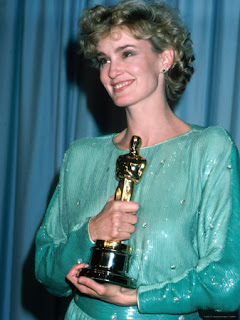 I wonder if any of those guys who basically wrote or called her  a no-talent after her big screen debut in that first remake of King Kong ever had the balls later to say "Remember my criticism of Jessica Lange's acting skills when I reviewed King Kong?  Well, I was wrong.  Very wrong.  I take it back."

She was not taken seriously in 1976 by movie critics.  Just a few years later, by 1983, she had made Academy Awards history.

To date, the actress has a total of six Oscar nominations to her list of movie credits.
There's a lesson in that story.  Her career is not just entertaining.  It's a lesson in perseverance, endurance and longevity.  I love me some Jessica Lange. 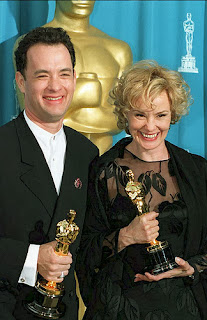