She Kissed Elvis, Became a Nun

She was a rising Hollywood star in the 1950s and early 1960s.  Dolores Hart had a natural beauty and wholesomeness about her, like the early Ingrid Bergman.  She didn't need a lot of make-up, fancy cosmetic tricks and fashion frills.  She had a girl next door radiance, quality and charm.  Not only did Dolores Hart kick her film career off in 1957 as the leading lady to Elvis Presley in Loving You, the first of their two films together.... 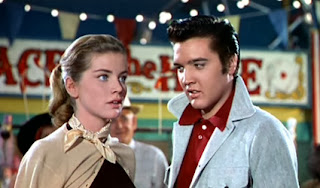 ....she starred as one of the college girls hoping to find husband material while on spring break in the hit 1960 comedy, Where The Boys Are. 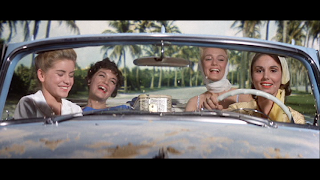 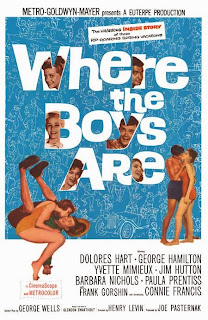 In her short movie career, she did very well.  She worked opposite such top stars as Myrna Loy, Anthony Quinn, Montgomery Clift and Robert Ryan.  Then she got a calling from a source that was higher than Hollywood.  She left movies to become a nun.  Today is the birthday of Mother Prioress Dolores Hart.  Just because she chose the convent over a juicy Hollywood contract doesn't mean she turned her back on Hollywood.  She posed for photos on the red carpet at the Oscars. The HBO feature on Mother Dolores was nominated for Best Documentary of 2012.  It totally deserved that nomination. 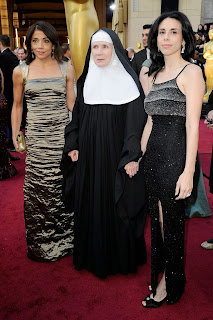 I went out and saw Woody Allen's To Rome With Love, I saw Prometheus and I saw Leonardo DiCaprio as The Great Gatsby.  I saw this 35-minute documentary twice.  It brought a tear to my eye both times.  It moved me more than those major motion pictures did.  It's informative, revealing, surprising, funny, tender, touching and memorable.  It lifts your soul.  And, yes, you read that correctly -- it's only about 35 minutes long. 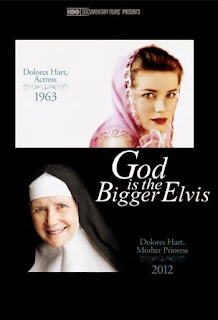 Dolores Hart entered the Abbey in 1963.  Life in a Benedictine monastery with a working farm was a lot tougher than being a movie star.  At times, the place seems to be a "powerhouse of prayer" with periods of silence three times a day.  Honestly, I have been around and worked with some selfish, annoying stars who complained while they had people constantly doing things for  them.  For those stars, "roughing it" would mean that they had to get their own coffee, do their own laundry, clean their own bathrooms, stand in line for tickets or food like everybody else and take mass transit to appointments.  I can tell you right now that Die Hard action movie star Bruce Willis couldn't last one week enduring a nun's life like Mother Dolores' in that monastery.  He'd be a broken man.

You should see this documentary.  Look for it online.  These women, including Mother Dolores, are modern nuns.  They speak frankly about careers, their religious choices, love and sexuality.  Whereas the male-dominated Vatican has had that history of shaming us Catholics for even thinking about sex, these nuns see sexuality as a normal part of being human.  It's how you use it that counts -- how you treat yourself and others.

"She wanted to have me aborted."  We get early revelation early in documentary from Mother Dolores.  See?  This changes the image that even we Catholics may have of all nuns.  These sisters can relate to the real world around them -- like Audrey Hepburn's character in The Nun's Story, the Mother Superior Diana Rigg played so wonderfully in The Painted Veil (2006) and Cherry Jones as the Los Angeles nun who helps a former unwed mother in Mother and Child (2009).  In God is the Bigger Elvis, we see Mother Dolores give counsel to one of the other sisters.  Mother Dolores has a copy of The Hollywood Reporter on her desk.  We see some sisters have wine with dinner.  We learn that one nun came to the convent after an active social life that resulted from her career in the worlds of politics and advertising.  We meet the man that actress Dolores Hart almost married.  She had her bridal gown.  Then she chose to wear a habit instead.

This is for classic film fans who loved Jennifer Jones and saw her Best Actress Oscar-winning performance in The Song of Bernadette:  To me, one of the most luminous love scenes ever in a 1940s Hollywood movie didn't have one single kiss in it.  Remember when Bernadette is in a carriage with two nuns escorting her to a convent to become a novice?  The carriage stops and Antoine, the young French farmer who has loved the shy peasant girl for years, gives her bon voyage flowers.  Bernadette loved him but Heaven had other plans in her destiny.  He knows that the future Saint Bernadette heard a higher calling.  We know that he will continue to love her for the rest of his life. 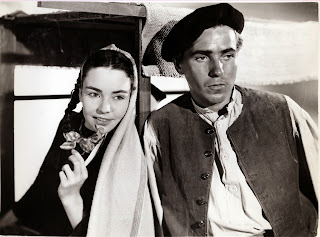 Think of that scene when you see the last five minutes of this documentary. 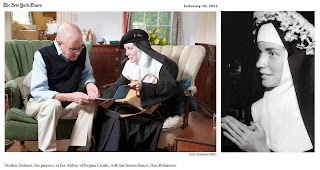