On her show today, Katie Couric will discuss "Race in America."  I wish I'd been in the audience for the taping.  I hope I can see the show today.  As some of you know, I am acquainted with Katie.  We were, for a few years, employees in the same building.  She was most gracious to me.  Go into my blog section from last month and read my "Madonna and Me on WNBC" post.  I mention Katie's kindness.  I last saw her in 2007 at a Whoopi Goldberg party.  I worked on Whoopi's syndicated weekday morning radio show at the time.  Katie touched on race in her last book, The Best Advice I Ever Got.  She recollected how seeing the celebrated Broadway revival of Rodgers & Hammerstein's South Pacific brought a realization of bigotry to her.  In the song, "Carefully Taught," she got the message that racial hatred is a learned behavior.  Go to page 100 of her book. 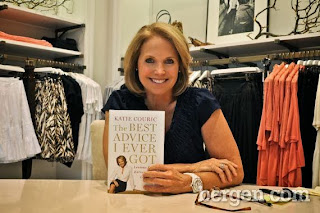 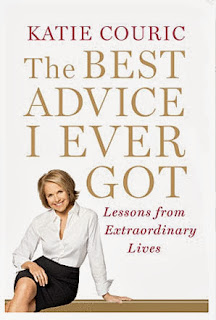 I got the meaning of "Carefully Taught" way back when I was a kid in South Central Los Angeles and living in the curfew area during the Watts Riots of the 1960s.  I had the movie soundtrack at home.  Schoolteachers recommended we students watch the movie on TV and read its source material, the Pulitizer Prize winning stories by James A. Michener.  Watts was my neighborhood, my community.  I traveled these streets to school and to church.  My parents drove up and down those streets to work. 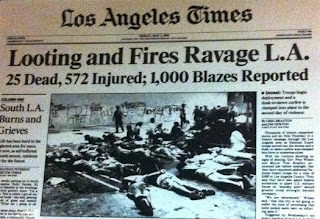 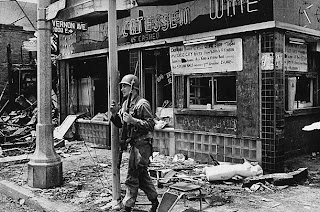 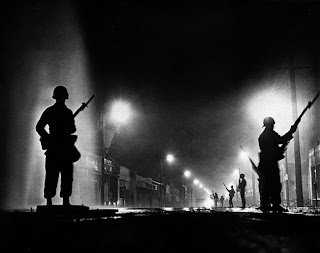 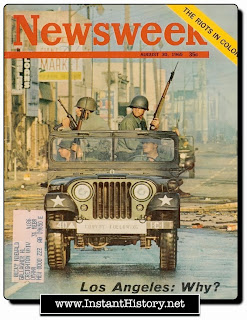 In the home, in the classrooms, so many of us African-American and Mexican-American students grew up with soundtracks to Rodgers & Hammerstein classics.  You even see that visually referenced in 1991's Boyz n the Hood, a fine drama about my South Central L.A. community.

If I got another talk show, like the one I had on VH1, I would love to have Katie as a guest to talk about that book (now available in paperback) and discuss Race in America.  Why?  Because there are so many liberals above the Mason-Dixon Line who often don't see the racial inequality when it's right  in front on them.  Or they may not realize how truly privileged they are and why they are.  I think she'd give some honest answers.

I do not mean this to slam WNBC.  The executives who blocked me, shall we say, are long gone.  As you know, I had my own prime time celebrity talk show on VH1 with A-list guests.  I got a glowing review in The New York Times for it.  Go back to my September postings and read last month's "My VH1 Years:  Be My Guest."  After my three VH1 years, I was approached to work on a new local morning news program for WNBC and cover entertainment.  However, very soon after its premiere, I was told I would not be covering entertainment in the studio nor would I be doing weekly film reviews (which I wanted to do) because the producer felt I didn't have "the skills."  Here was the problem -- despite my having hosted and written a national entertainment talk show, despite my having done work on CBS Late Night and hosted a syndicated summer replacement game show, this producer assumed I was  just a stand-up comedian who only introduced music videos on VH1.  Incidentally, I was a movie critic on Milwaukee's ABC TV affiliate from 1980 to 1984 before I got a New York City job offer.  She'd never looked at my resumé or my bio.  Seriously.  Also, during that time, I was still being politely rejected by broadcast agents with "I wouldn't know what to do with you."  I hustled up my own work and my own broadcast auditions, which was not easy.  One agent said, "Well...we've already got Tavis Smiley."  I guess there was a quota on the number of talented black broadcasters the agency could represent.

During my WNBC, the was a big story in The New York Daily News about the NBC news executive producer who used the racially insensitive term "educated jungle bunny" when talking about a Somalian military head.  In the article, the producer admitted what he said and did not apologize for it.  Today, this is like a John Quinones segment on ABC's What Would You Do?  Reportedly, a woman was angered by what he said in the staff meeting and took her complaint to Human Resources saying "Did he think that just because I'm white I would not be offended?"  She was the one person who spoke out.  There were no black employees in the meeting.  This was a major October 1993 newspaper article.  The male producer left NBC.  He was not fired.  He got a great offer from a rival network.  I was told that my work was good and that I was very popular with viewers.  But, my boss told me that I would only be part time on weekends, I could not accept any weekday work without the station's approval and I would not be moving up to any network exposure.  I wanted to be an entertainment contributor for the network's weekend edition of Today.  So, I quit the end of 1994.

We minorities strive for recognition and equal opportunities.  I was told I had no chance of upward mobility despite my skills and experience.  But a white man of privilege could make a racial slur that made local news and get a job offer that took him higher up the corporate ladder.  How many other black, Latino and Asian workers in America have worked hard, stayed in place and gotten frustrated as they watched non-minorities pass them up the corporate ladder too?  We've all had to crash through a color barrier at some point.

During my WNBC time, Katie was the weekday Today co-host.  She must've heard about the "educated jungle bunny" article.  Can you imagine if Twitter and Facebook had existed then?  Also, she was a Today talent in its first 50 years.  In that half a century, the show had only two black talents -- Bryant Gumble and Al Roker.  It's different now, thank goodness.  As a sharp journalist, which Katie is, did she ever notice and question that lack of color in her network TV surroundings?  When I would see Katie casually in the workplace, she constantly complimented me on my talent and said "Why aren't you hosting Talk Soup on E!?"  I knew she meant it as flattering, which it was.  However, I was working without an agent and working within an environment that -- at the time -- didn't seem ripe with equal opportunity and respect for diversity.  Without an agent's help, I was lucky if got the opportunity to audition for the opportunity to host Talk Soup.  I'd have loved if Katie had added, "How can I help?"

That is a great question people should start asking -- especially liberal people in upscale positions.  After asking why we're divided, ask "How can I help?"  That's my advice.  If Katie was on my talk show discussing Race in America, I would ask her the following question:  If she had all her impressive journalist skills, all her personality, all her TV charisma, but instead of looking like this.... 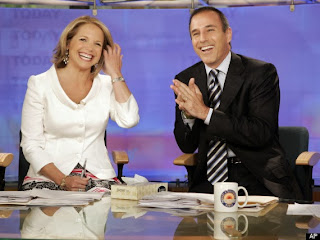 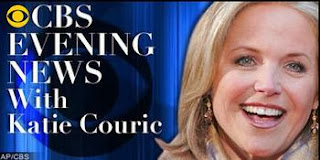 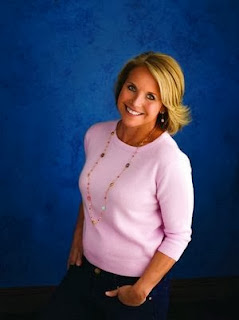 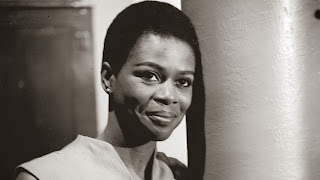 -- would she have been the co-host of the Today show on NBC who made millions, left to anchor the CBS Evening News and made more millions, then departed to work for ABC News and also got her own daytime talk show?  Would all that have happened in her profession had she been a black woman?  Does she believe that the broadcast playing field is fair and level?

I'd love to hear her answer.

Race in America is a topic in need of more discussion.  Teabagger attitudes towards President Obama, Facebook comment wisecracks about Michael Jackson after news of his death came out, the killing of Trayvon Martin ... they all prove that this is not a post-racial America.  With my passport, my airline ticket and my work photo ID from local WNYW/Ch. 5 on me when I was visiting my divorced father in Seattle in the late 1990s, I was stopped by cops and racially profiled while walking back to my hotel room at The Four Seasons.  Why?  Because "...a black man with a newspaper" had robbed a bank ten minutes earlier.  A total of four cops questioned me.  Two on the street.  Two others came up to my hotel room about a half-hour later.  I did tell all four that I worked on-air for the Good Day New York morning TV news program.  One still wanted to search my gym bag in The Four Seasons Hotel.  That experience made the papers.

As I've blogged before, neither NBC, CBS nor ABC has appointed a black journalist anchor of the weekday evening network newscast since the late Max Robinson co-anchored with the late Peter Jennings on ABC in the early 1980s.  Robinson died in 1988.  No black talent ever has hosted a late night talk show on any of those three networks.  Last weekend on Twitter, white and black people were irritated to see that the new cast of Saturday Night Live regulars had not one black, Latino or Asian comic actor.  In New York City.  Yes...the topic needs more discussion.  And we need more help.  I had a meeting with a broadcast rep at a renowned agency in 2008.  The show I hosted for Food Network, Top 5, was airing in Monday through Friday late morning repeats.  Early in the mornings, I was doing film reviews, other entertainment reports and adding to the levity on Whoopi Goldberg's live national morning radio show.  I'd played a recurring character in several satirical news segments for The Onion.  The agent said that she wouldn't know what to do with me.  Mo Rocca does funny segments and celebrity interviews on CBS Sunday Morning, the kind of features I've done for years on local news and national TV, he hosts a show on the Cooking Channel and he's a frequent guest on the NPR news-related comedy show, Wait! Wait! Don't Tell Me.  Someone knew what to do with him.  See?  We need more help.

Before I continue my job hunt, here's a recommendation for you:  The 2008 South Pacific revival that Katie Couric wrote about in her book got a special Live from Lincoln Center broadcast performance airing on PBS stations.  If it's on DVD, rent it.  That was one brilliant, socially relevant and wonderfully performed revival.  Kelli O'Hara, Paulo Szot and Danny Burstein starred.  It's about race and war and people at war with themselves coupled with a tender love story.  And, of course, glorious music. 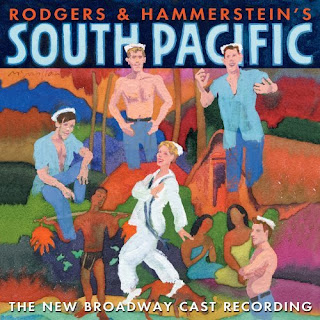 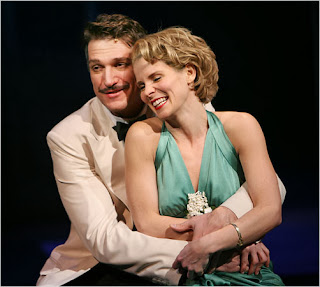 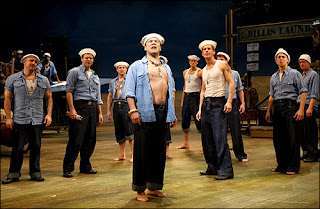 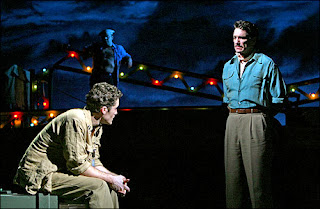 This South Pacific would be terrific to show in classrooms and discuss afterwards.
at October 01, 2013