"Destiny's a stubborn old girl, Sheila," says a friend in Repeat Performance.  This 1947 murder mystery has the sort of twist we'd associate years later with TV's The Twilight Zone.

Sometimes there's nothing more fun than finding delightfully bad dialogue in a movie that's not so bad.  I had such a discovery watching Repeat Performance.

Actress Joan Leslie is the leading lady and does some good dramatic work here.  She had a warm, lovable screen presence and terrific luck in her 1940s film career. 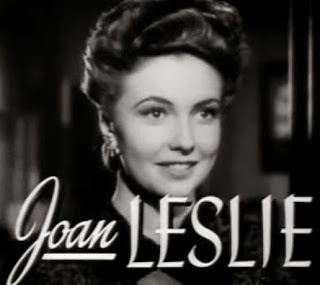 She acted opposite top stars as they did some of their best work -- for instance Humphrey Bogart in High Sierra, Gary Cooper as Sergeant York (Best Actor Oscar), Ida Lupino in The Hard Way and James Cagney in Yankee Doodle Dandy (Best Actor Oscar). 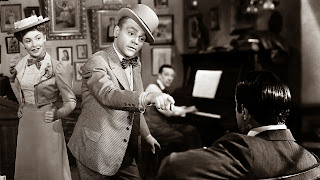 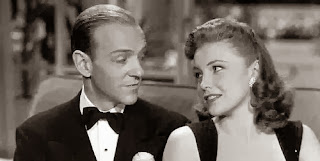 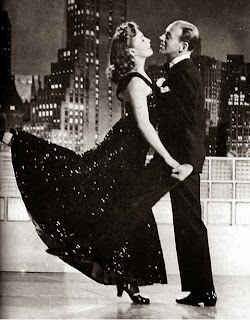 Joan Leslie stars as the troubled and famous theatre actress in Repeat Performance. 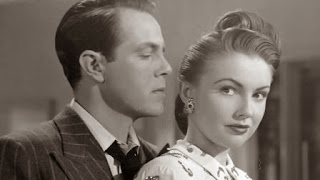 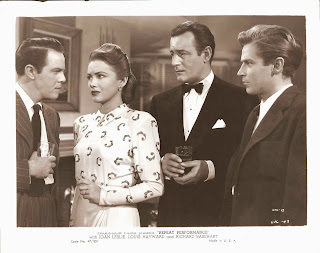 The story opens on New Year's Eve, minutes away from the stroke of midnight.  It seems that Broadway star Sheila Page has just shot and killed a man in her swanky, Manhattan apartment.  They were arguing.  She leaves desperately to find a friend and plead for help.  She wishes she could live that year all over again.  Sheila suddenly gets her wish.

Later, it's the autumn of the same year.  Sheila Page is decked out in mink from scalp to kneecaps.  She looks like she's on loan from the Central Park Zoo.  Her hard-drinking playwright husband made a scene out of himself again.  He got drunk at a cast party in the theatre, fell out of the mezzanine and landed on his head.  He's been hospitalized for three weeks.  The doctor says that he hasn't spoken in all that time.  Sheila's husband is confined to a wheelchair with his hands strapped down.  The top of his head is completely bandaged.  He'll have to stop drinking.

The doctor gives the minked out Broadway star permission to see her disabled, angry husband and take him home.  He's still not speaking.  Standing by his side at his wheelchair, Sheila Page tenderly says to him:

"It's just a temporary paralysis.  There's a fire going at the apartment.  Mattie's making bran muffins for dinner.  It'll be nice to have you home again, Barney.  Is he ready to go, Nurse?"

And then she wheels him out.

Nothin' says lovin' more than bran muffins in the oven when you're temporarily paralyzed.

Repeat Performance was fun to watch. 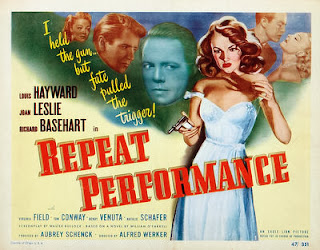