It's happened again.  It's been like this since before The Color Purple and Do The Right Thing, from Boyz n the Hood to The Help and Django Unchained.  British director and producer Steve McQueen is getting rave reviews for his new film, 12 Years A Slave.  There's high praise too for its star, versatile British actor Chiwetel Ejiofor. 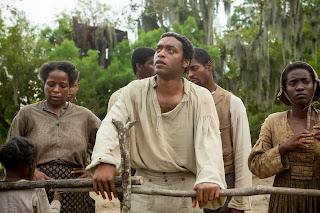 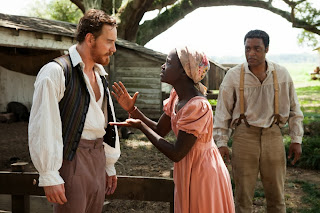 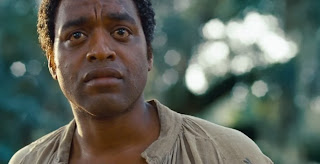 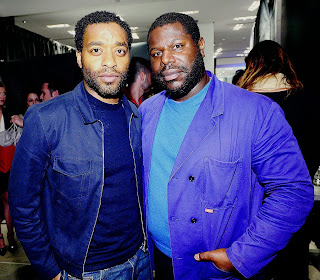 According to the reviews, the British filmmaker delivered a stirring and powerful true story of slavery in America.

This is nothing against those critics.  They are knowledgeable film reviewers.  But we are nearing the end of 2013.  Every time an important movie about black life in America comes out, it's always a lot of white critics telling me why it's an important movie for me to see.  The critics asking if McQueen's film will have the same generational impact as ABC TV's Roots, the critics telling me why I must see Mr. McQueen's movie about slavery and the critics predicting it will be a major contender in next year's Oscar race are predominantly white:  Ben Mankiewicz and Christy Lemire on-camera.  David Edelstein on CBS.  The print critics for The New York Times, The New York Daily News, The New York Observer, The New York Post, Rolling Stone Magazine, Entertainment Weekly Magazine, The New Yorker, Forbes, The Washington Post, The Los Angeles Times, Variety and The Hollywood Reporter -- not a black journalist in the bunch to add a comment or two on this historical film about the black experience in America.

Probably the one African-American that TV viewers know as a movie critic is Elvis Mitchell, formerly of The New York Times and Movieline. 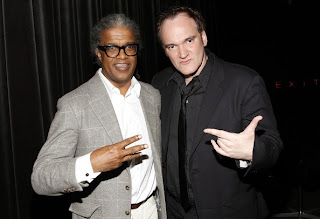 He's not the only black film critic in the country.  He's just the only one TV producers contact to be on national television occasionally to talk about movies.  He's the only black man many people saw on national TV talking about movies in the previous century or in this current one.  ABC, CBS and NBC never had a black journalist doing regular or semi-regular film reviews on their morning shows.  Their network affiliate local stations in New York City never had a black journalist doing weekly film reviews.  I know.  I lived in New York from 1985 to 2011.  I started my professional TV career as a weekly film reviewer on Milwaukee's ABC affiliate.  I did film reviews from 1979 to 1984.  During those years, I was contacted to audition for Chicago PBS' Sneak Previews after Siskel & Ebert left.  In 1985, I took a job in New York City.  Siskel & Ebert's show after PBS, At The Movies, broke ground having black film critics, like Elvis Mitchell, as guest co-hosts.  In its short run, 2010's Ebert Presents At The Movies had black San Francisco print journalist Omar Moore as a contributor.

Saturday Night Live has been on NBC for over 30 years.  This week, there was social media and print buzz about the fact that the show has had only three black women in its cast since it premiered in 1975.  Its new group of regulars introduced to viewers this season is very Caucasian. 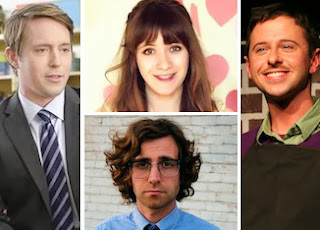 The late Danitra Vance, Ellen Cleghorne and Maya Rudolph are the only women of color we've seen through the decades as regular cast members on Saturday Night Live.  Name three black women you've seen on network TV news shows as film critics.  Or on local TV news shows, for that matter.

In "Color/TV and Comedy," my other blog article this week, I wrote that New York has no shortage of funny women of color who can act and could do sketch comedy on Saturday Night Live.  The same goes for women and men of color who review new movies and have a knowledge of classic films.  I saw many of them at screenings and at movie junkets.  I've done TV auditions and pilots with three of them.  One was a woman, a professor of film history who teaches at Vassar.  You just don't see them on television -- and they'd appreciate equal opportunities in television.  Look at the spotlighted film critics on TV or in print.  In that field, we are still minorities.  When I look at the field of film reviewers on TV and writing for upscale print and online publications, I rarely see a reflection of myself.

My father traced our family roots.  Our roots go back to one of several slaves owned by a man down South.  Out of wedlock, some slave women bore his children.  That's part of my personal American history.  I can't wait to see Steve McQueen's 12 Years A Slave.