On Sting at Lunch

Sting thrills and fascinates me.  He has since the 1980s.  A gifted and versatile musician, he excels not only within the margins of rock music.  He's knocked down fences and plays in other fields beautifully.  He's great to the ear, moving to the soul and easy on the eye. 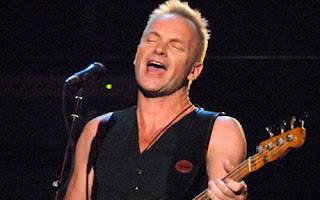 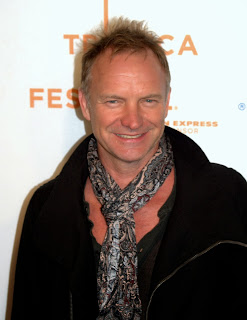 I had brief encounter with Sting late in 1989 in New York City.  This was during my VH1 veejay years.  Sting was in previews for his Broadway opening in a revival of The Threepenny Opera with a classic score by Kurt Weill.  I was having lunch in a Broadway theatre district restaurant with a friend.  Sting was seated at a table not too far from ours.  I didn't bother him.  We didn't stare.  However, I did ask our waiter if he'd deliver a card to him from me.  On the back of my VH1 business card, I wrote that I always loved presenting his music videos on TV and I prayed he'd "break a leg" in his opening. 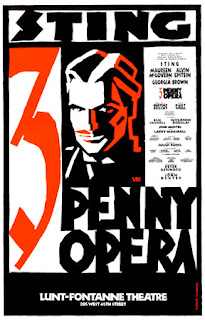 My friend and I finished lunch and, as we were leaving the restaurant, Sting stood and approached me.  He graciously extended his hand to shake mine.  He thanked me for my good wishes and introduced me to his equally gracious wife, Trudie. 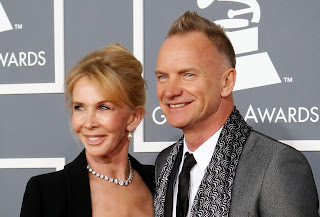 It was such an unexpected and lovely moment.  I felt like a kid on Christmas morning.  Quite the opposite of my encounter with Bruce Springsteen on St. Patrick's Day in West Hollywood that same year.  We were staying in the same hotel.  From "The Boss," I couldn't even get a handshake much less a quick, friendly "How do you do?"  Sting was a true gent, cordial and classy.  And brave enough to act on Broadway. 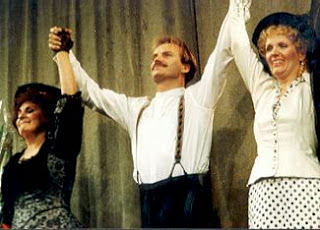 Today is Sting's birthday.  I wish him all the very best -- much love, great health and happiness.  He makes 62 look terrific. 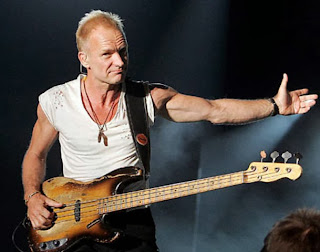 Did you see director Sydney Pollack's 1995 remake of Billy Wilder's hit 1954 romantic comedy, Sabrina?  Julia Ormond, Harrison Ford and Greg Kinnear took on the roles previously played by Audrey Hepburn, Humphrey Bogart and William Holden.  It was a charming remake but couldn't quite match Wilder's champagne original.  One of the best things about Pollack's version was the song, "Moonlight," that came with the happy ending.  Marilyn & Alan Bergman and John Williams got a Best Song Oscar nomination for the composition.