Love Me Some MARS ATTACKS!

Happy Halloween.  Tim Burton's Mars Attacks! was on one of the HBO channels this morning.  I had to take a break from job hunting to see killer Martians get killed by the singing of country music yodeler, Slim Whitman.  It's a guilty pleasure favorite of mine. 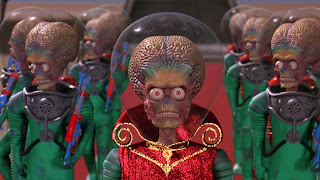 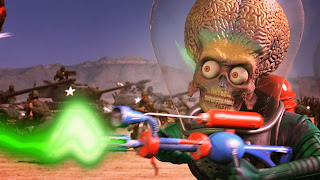 This is fabulous sci-fi horror/comedy fun.  Evil aliens, Jack Nicholson, Glenn Close, NFL star-turned-actor Jim Brown and singer Tom Jones in Vegas.  But the biggest hero in the movie is the 80-something actress and former 1930s screen beauty who saved the planet while sitting in her wheelchair.  Actress Sylvia Sidney played Grandma.  It's her Slim Whitman records that cause Martian heads to burst inside their space helmets. 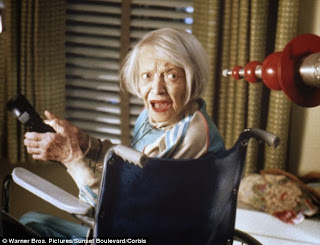 Grandma is my favorite character in Mars Attacks! because of the actress who played her in that 1996 film.  Sylvia Sidney became a leading lady in Hollywood films within five years of the movies learning how to talk.  She starred in 1931's An American Tragedy. 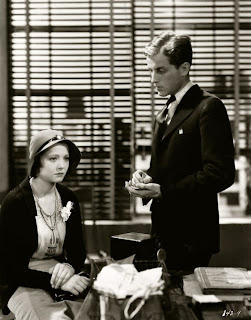 This movie was remade as 1951's Best Picture nominee, A Place in the Sun.  That George Stevens classic starred Montgomery Clift, Elizabeth Taylor and Shelley Winters.  Shelley played the doomed character originally played by Sylvia Sidney.  Sidney's face and sad eyes made her the perfect choice to play young women from the wrong side of the tracks, women who were blocked by their poverty and working class roots.  She wasn't just a screen beauty.  She was a strong dramatic actress who worked for Hollywood's breakthrough female director, Dorothy Arzner, in 1932's Merrily We Go To Hell opposite Fredric March in one of his alcoholic husband roles... 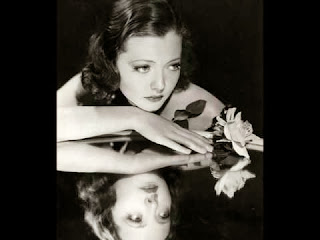 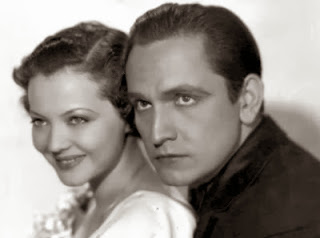 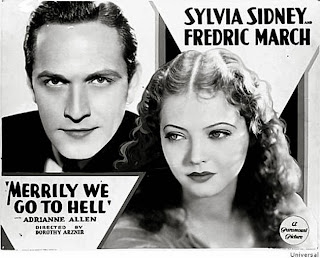 ....she looked gorgeous alongside Cary Grant in a couple of films... 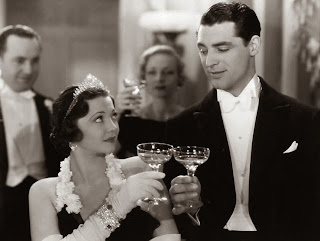 ...and played a  girl from the New York City slums in William Wyler's Dead End co-starring Joel McCrea in 1937. 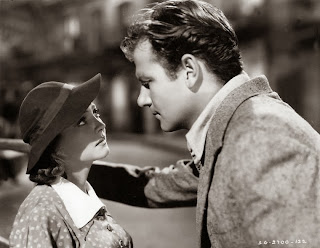 She was Gary Cooper's leading lady in City Streets.... 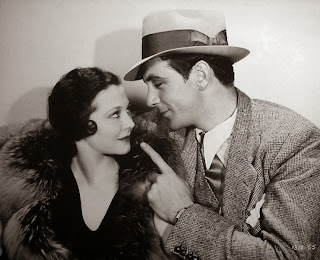 ...and she ran from the law with Henry Fonda You Only Live Once. 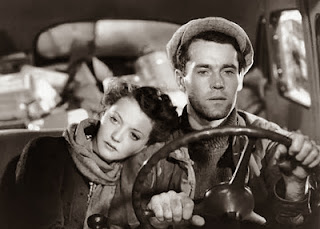 She also worked for Alfred Hitchcock, starring in 1936's Sabotage. 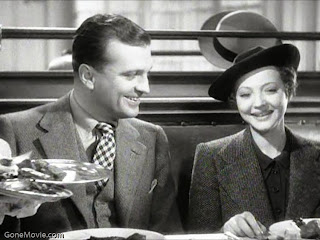 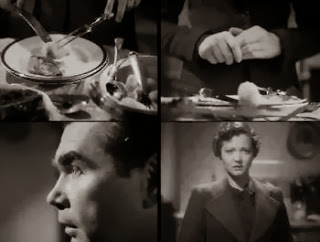 She didn't like Hitchcock.  When I was just starting my professional broadcast career, I was a radio reporter for a popular Milwaukee FM station.  A few stars from Hollywood's Golden Era were making a major department store appearance in downtown Milwaukee.  Sylvia Sidney was one of them.  She was very gracious and very candid.  I asked her about Sabotage.  She felt that Hitchcock was more concerned with his editing than he was his actor.  Said Sidney, "He was just a cutter."  She was that blunt.

Sylvia Sidney did movies, stage, TV, and TV commercials.  She got an Oscar nomination.  She was an expert at needlepoint and wrote best-selling books about it.  She smoked and she had arthritis.  She was one of the first veteran actors to star in a TV production dealing with the AIDS crisis.  In 1985's An Early Frost, she played the compassionate relative whose gay grandson is stricken with the fatal disease.  Sidney won a Golden Globe for her work.  Aidan Quinn, Gena Rowlands and Ben Gazzarra co-starred. 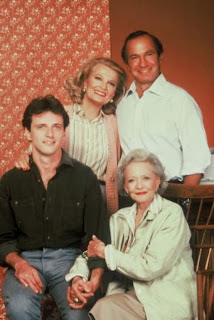 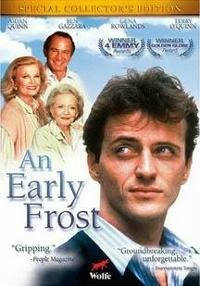 When her looks and voice changed and her delicacy of the 1930s had faded, she utilized those changes to expand the kind of roles she booked.  She could get laughs and steal a scene with one look and one line.  Look at her in another Tim Burton feature, 1988's Beetlejuice.  To me, there's something so cool about seeing Grandma get the Congressional Medal of Honor for saving the earth in Mars Attacks!

Wow.  Think of the advance and major technological changes Sylvia Sidney saw in the art of moviemaking throughout her long career.  When she was making movies in the early 1930s, who would've dreamed of the kind of special effects we saw in 1996's Mars Attacks!?  Sylvia Sidney passed away in 1999 at age 88.

The other thing that I really, really love about Mars Attacks! is that the black people not only kick some evil alien ass and become heroes...they survive up to the closing credits. 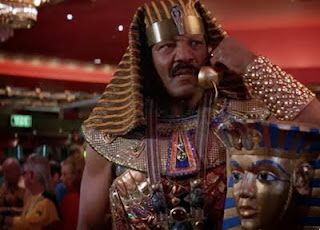 That RARELY happens in a sci-fi or horror creature features I have seen ever since I was a little kid.  Thank you, Tim Burton!

One more thing:  Also early in my broadcast career, I was scheduled to do a TV interview with Slim Whitman when he added Milwaukee to his tour in the early 1980s.  I worked for Milwaukee's ABC affiliate then.  The way Sylvia Sidney felt about Hitchcock?  I felt that same way about Slim Whitman.  So did my cameraman.  One of the rudest celebrities I'd ever met.  So, when I first saw that the sound of his voice could agonize and explode the heads of Martians, I could not stop laughing.  Love me some Mars Attacks!