Three years after my Vice President boss at Milwaukee's ABC TV affiliate told me that I did not have the right stuff to be on-camera talent in New York City, I was given my own prime time celebrity talk show on VH1.  There, in New York City, I met Spartacus. 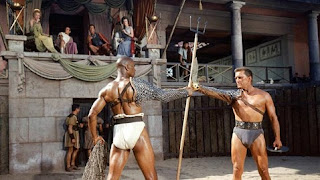 The first week of my show kicked off with screen legend Kirk Douglas, the star of Spartacus, Paths of Glory, Lust for Life, The Bad and the Beautiful, Ace in the Hole, Seven Days in May, Detective Story, Champion and several other classic films, as a guest.  I was and still am thrilled.  I just felt like posting a clip of our 1988 interview.  Because it was VH1, we invited Mr. Douglas to dress quite casually.  Which he did.  His son, Michael, won his first Oscar for producing One Flew Over the Cuckoo's Nest (Best Picture, 1975).  He won his second Oscar for Wall Street (Best Actor, 1987).


Michael Douglas got rave reviews and is currently a Best Actor Emmy nominee for his terrific performance as Liberace in the HBO biopic, Behind the Candelabra.  Personally, I think if that had been a theatrical release here in America, Michael would've had a strong chance of scoring another Oscar nomination.  I thought he was way more believable as Liberace than he was as a Broadway director/choreographer in the 1985 movie version of A Chorus Line.  I like Michael a lot, but he was more Wall Street than 42nd Street. 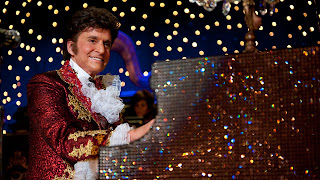 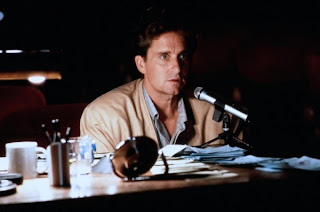 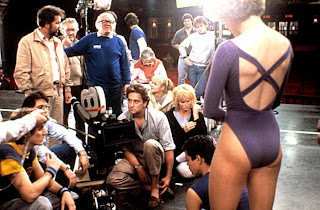 Mr. Douglas, a very proud Hollywood dad, and I chatted ever so briefly about A Chorus Line and one of Michael's really big box office hits.  Kirk Douglas had some very interesting things to say about Fatal Attraction and had praise for actress Glenn Close.
In 1999, I was a regular on Good Day New York, a weekday morning news program on the local Fox station.  I had the great privilege to interview Tony Curtis, another screen legend.  Tony Curtis starred with Kirk Douglas in Spartacus.... 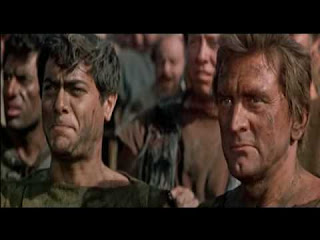 ...he starred with Jack Lemmon and Marilyn Monroe in the classic, Some Like It Hot... 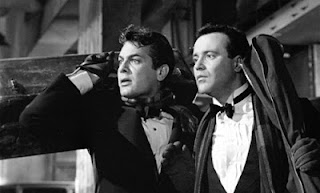 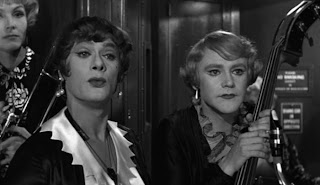 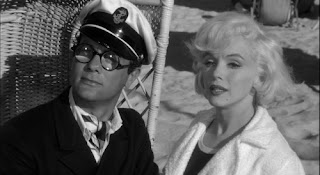 ...and he was "a cookie full of arsenic" in Sweet Smell of Success with Burt Lancaster. 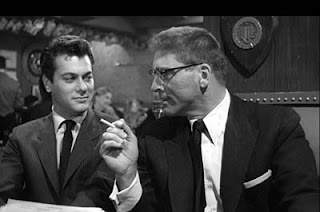 Tony Curtis was our guest to promote his upcoming special on Turner Classic Movies.
By the way, I couldn't believe the WISN TV executive in Milwaukee had the audacity to say that to me in January 1985, after I've done five years of good work for him.  He said, "I know you want to get to New York" and then he bluntly told me that he didn't feel I had the skills and the personality.  I felt differently.  I got myself a job at a TV station in Manhattan.  I'll never forget the look on his face a couple of months later when I told him I'd be leaving in April -- to be new talent at WPIX TV in New York City.  That sight was priceless.  In 1987, I accepted an offer from VH1.  I loved working there.
at July 24, 2013