I've got a question for Alfred Hitchcock fans.  Last week, I saw Hitchcock's 1972 thriller, Frenzy.  Made in Britain, it was his second to last film.  I had not seen Frenzy since it was new and I was a student. What a good thriller!  The Master of Suspense was in fine form here.  It's his best film after 1964's Marnie.  Have you seen Frenzy? 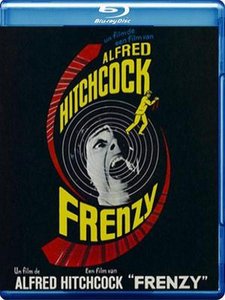 The critics' reviews were enthusiastic.  I recall that all of us young moviegoers dug it.  The corpse in the potato sack sequence was brilliant.  Yet, after I saw Frenzy, I couldn't recall the names of the lead actors.  Not because they lacked skills, but because they were British actors not widely known to American audiences.  We weren't familiar with the dark, brawny Jon Finch as the wrong man who unwittingly did all the right things to make himself the suspect.  All the right things except commit murder, that is 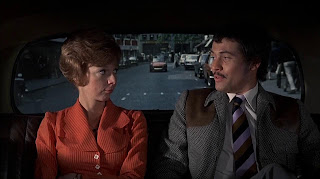 And we weren't familiar with Barry Foster as the friendly grocer who's really a serial killer. 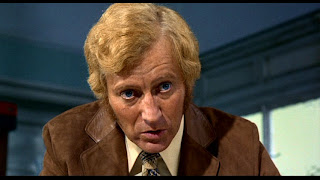 Hitchcock's 1966 Hollywood  movie, Torn Curtain, had known stars.  He put Hud in bed with Mary Poppins.  The political thriller starred Paul Newman and Julie Andrews.  It was Hitchcock's film after Marnie.  Torn Curtain got buzz because of its stars. 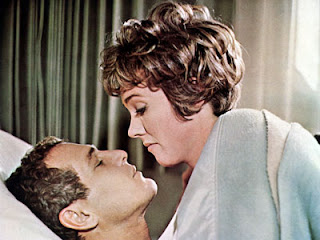 But Frenzy is a better film.  Yet it's a film that I rarely, if ever, hear mentioned by Hitchcock fans.  In Frenzy, Hitchcock has The Wrong Man and the Psycho necktie murderer as friends.  One asks the other for help.  But the innocent, hot-tempered suspect has no idea that his friend is the necktie killer who has London women in fear. 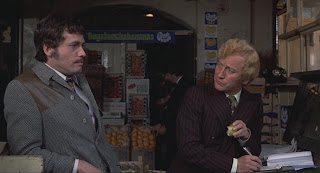 As he'd done before, Hitchcock makes us the voyeur along with a lead character with an obsession or sexual fetish.  In Frenzy, the director had outlived the Hollywood production codes and was free to use nudity to heighten the chills of the voyeurism and murder. 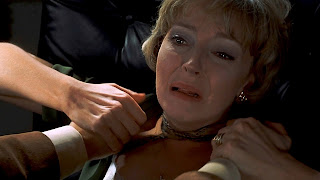 American moviegoers knew Alan Bates from his co-starring role in Zorba the Greek with Anthony Quinn, Georgy Girl and his lead role in Ken Russell's Women in Love as bearded Rupert, the natural man who loves the intimacy of nude fireside wrestling. 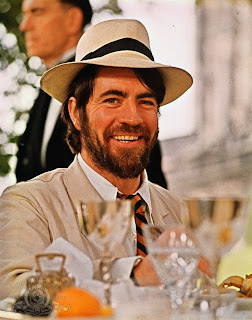 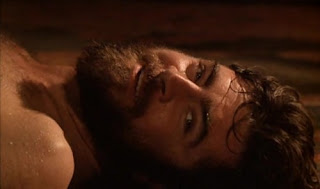 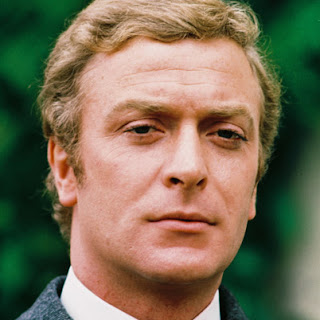 Here's my question for Hitchcock fans:  If Alfried Hitchcock had cast stars like Alan Bates and Michael Caine in the male leads instead of Jon Finch and Barry Foster.... 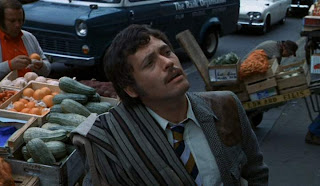 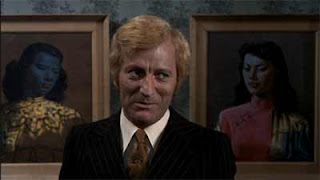 ...would Frenzy be getting more attention today than it does?  Or if Hitchcock had worked again with his Marnie star, Sean Connery, and cast Connery's actress wife, Oscar nominee Diane Cilento, as the suspect and the suspect's tavern waitress girlfriend, would that star power have given Frenzy more attention through the years? 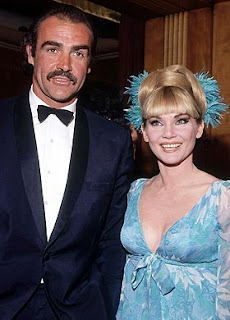 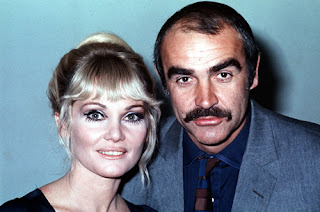 Cilento could've been one of the last Hitchcock Blondes had she been cast.  She was a Best Supporting Actress nominee for her bawdy comedy work in Best Picture of 1963, Tom Jones.  Her sexy dinner scene with Albert Finney was one of the film's highlights.

If you like Hitchcock and you haven't seen Frenzy, it's well worth a look.