Do I remember the first time I saw Michelle Pfeiffer on the big screen?  You bet!  I was in a screening room in downtown Milwaukee on Wisconsin Avenue.  I was there to see a movie musical sequel called  Grease 2.  It was 1982 and I was a movie critic and entertainment contributor on the city's ABC TV affiliate.  Grease 2 was a pleasantly forgettable musical with a totally unforgettable hot blonde.  Every time she was on, the screen lit up.  She had star quality.  She had talent.  Her name -- Michelle Pfeiffer. 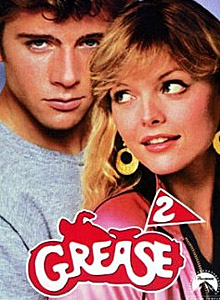 In 1988, I had my own celebrity talk show on VH1 in New York City.  Actor Beau Bridges was a guest.  He was thrilled that he'd found a project to do with his brother, Jeff.  He told me the script was called The Fabulous Baker Boys and they were looking for the right girl for the female lead.  They found the right girl.  Her name -- Michelle Pfeiffer. 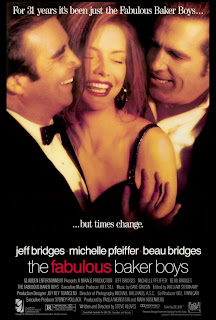 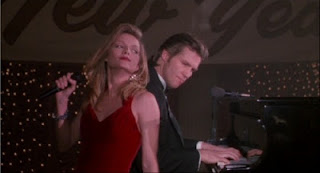 I flew my mother in to New York for a week-long visit and some Manhattan entertainment.  I took her to see The Fabulous Baker Boys.  It was her first time seeing the movie.  It was my third.  I loved Pfeiffer as Susie Diamond, the street smart vocalist who adds some sizzle to a duo's dull lounge act.  The film was one of the best and most intelligent of 1989.  Her rendition of "Makin' Whoopee" became an instant movie classic.  When we were leaving the theater, Mom said this to me about Michelle Pfeiffer:  "She's one of the best things to come along since Barbara Stanwyck."  Now that's a great review. 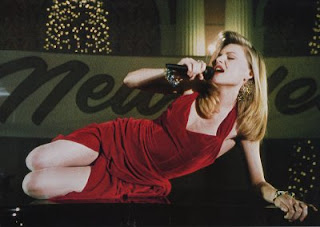 Pfeiffer has not done a lot of movies in the last decade or so.  Last year, she was in the kooky Tim Burton spin on daytime TV's Dark Shadows, starring Johnny Depp as Barnabas the vampire.  She starred in I Could Never Be Your Woman, a 2007 comedy directed by Amy Heckerling that seemed to go straight to DVD.  That was a fate it didn't deserve.  Pfeiffer played a divorced Hollywood TV writer/producer with a teen daughter.  A young man, sweetly played by Paul Rudd, falls for Mom.  She's 40 and insecure about her age. That's understandable in Hollywood.  I rented this DVD and I was entertained.  It was a fun, light comedy.  Tracey Ullman tickled me with her cameo as Mother Nature. 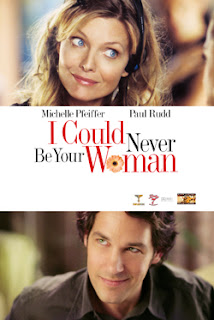 Saoirse Ronan, a young teen actress, received a Best Supporting Actress Oscar nomination for Atonement.  That's a very PBS "Masterpiece Theatre"-like British drama.  I Could Never Be Your Woman was a revelation.  It showed that Ronan could be a regular, lovable suburban kid.  The daughter and the mother are crazy about each other in this comedy.  It was so refreshing to see a teen girl who wasn't a precocious, snarky brat. 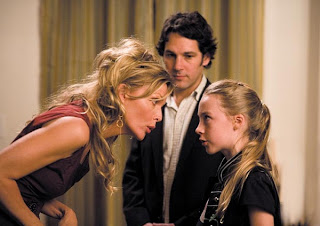 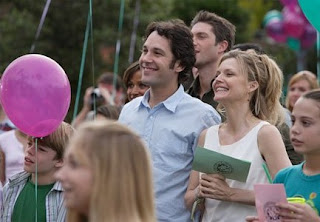 This was an enjoyable movie with likable characters, much better than some of the processed cheese logs we've had to endure from Katharine Heigl, Jennifer Aniston and Adam Sandler.  Pfeiffer was in the movie version of the hit Broadway musical comedy, Hairspray.  She was also in a 2007 fantasy.  The fairy tale set in the 1800s was caled Stardust.  This was a very entertaining children's fairy tale that not many moviegoers saw. 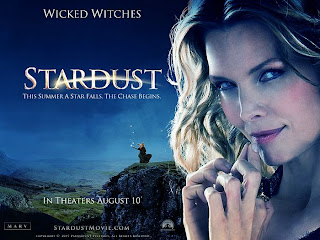 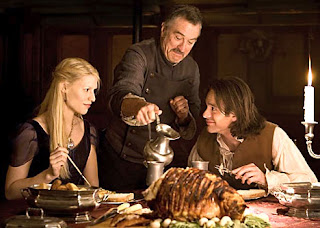 Pfeiffer and Robert De Niro are in a new comedy coming out this fall.  Martin Scorcese is one of the executive producers.  Michelle Pfeiffer is Married to the Mobster.  In The Family, a Mafia clan under the witness protection program gets relocated to France.

I want to see this movie!  Oh, please...please let it be good and let it be a hit.  Love me some Michelle Pfeiffer.