This one should be on DVD here in America so it could be aired on TCM (Turner Classic Movies.)  I saw the original cut of the World War 2 British comedy/drama, Two Thousand Women.  From what I read online, this 1944 film was released here in the States in the early 1950s.  But, it was cut down to about 80 minutes and given a different title.  A key subplot was removed.  The full British version runs about 1 hour 35 minutes and it's snappy entertainment.  Most of the actress are not that familiar to American classic film fans, except for one, but those same classic film fans would dig this movie.  It's got the wisecracking female zip of Stage Door (1937), the women in wartime bonding and bravery of So Proudly We Hail (1943) and a little touch of 1940s WW2 Hitchcock.  Think of Foreign Correspondent and Saboteur.

We go to Occupied France.  The British women are held in an internment camp that looks like it was once a resort.  Most of them have two things on their mind:  "Tea and men." 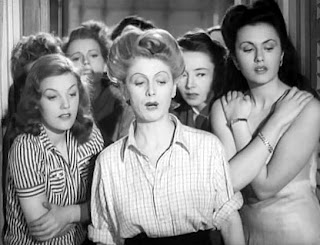 One of the women was a novice in a convent.  One was a stripper.  It's Nazi orders that the women are two to a room.  The stripper slyly raises her skirt and lowers her eyelids during the check-in.  She goes into full vamp mode and claims she can't have a roommate because she talks in her sleep.  It would keep the poor girl awake. The Nazi sergeant tries to hide the fact that he's checking out her shapely gams.  One of the other women notes "The rat is about the enter the trap after the oldest cheese in the world."  The stripper gets herself a solo room.  And a constant nighttime visitor.  If this had been a Hollywood cast, you just know Joan Blondell, Glenda Farrell or early Lucille Ball would've been in it making wisecracks and helping to outwit the Nazis.  We get bickering roommates, dames who know how to throw a punch, three Royal Air Force men who need help escaping, a mysterious Frenchman, a talent show, a lot of Nazis...and love. 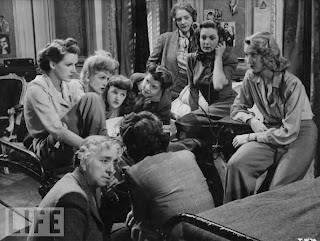 The face in the cast that classic film fans will recognize belonged to Flora Robson. 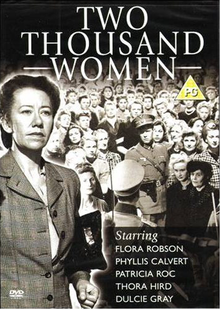 She's to the left on the movie poster.  Robson was one of the nuns in Black Narcisssus.... 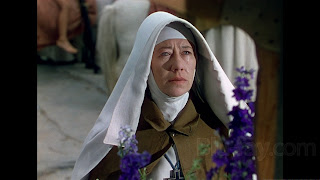 ...and she's the servant who tells us the tragic tale of Cathy and Heathcliff in William Wyler's Wuthering Heights starring Merle Oberon and Laurence Olivier. 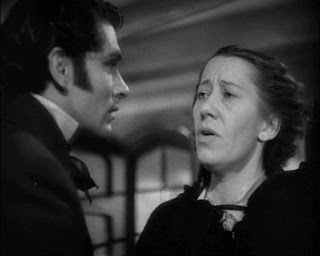 A few minutes after the opening scene, we meet women are in the back of a truck being driven to the internment camp.  Two roommates are slinging zingers at each other already.  One is the stripper.  The other is a writer.  They're like a British equivalent to the Ginger Rogers and Gail Patrick characters in Gregory La Cava's Stage Door. 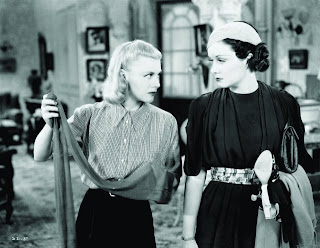 The actresses in Two Thousand Women kept things moving and held your interest.  Between hiding and helping the three British airmen who were shot down and fending off Nazis, you can totally understand why one of the stressed out ladies says, "I've had enough of men to last me a lifetime."  Even old nuns bond with the girls to outwit Nazis. 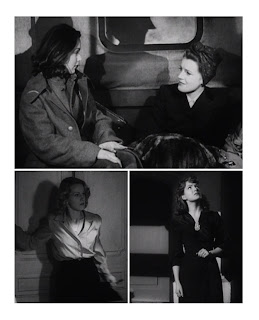 If you can find this British classic, it's worth a look.  I just happened to find it last week and I'm glad I did.  I really enjoyed it.  Two Thousand Women was directed by Frank Launder.  He directed the original version of The Blue Lagoon starring Jean Simmons in 1949.  He had mischievous schoolgirls bonding to bet on a racehorse and outwit their headmistress in the popular 1954 British comedy, The Belles of St. Trinian's. 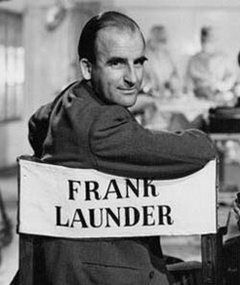