It was a weekend.  I was new to New York, new to New York's Channel 11/WPIX TV and living in a modest apartment in Brooklyn.  I still hadn't unpacked a few boxes from my move.  The phone rang at about 1 o'clock in the morning.  I was in bed but hadn't yet fallen asleep.  Fortunately, it was no emergency.  But it was a call I'd never forget.  Sharon, a new friend and fellow Channel 11 employee, was calling from a pay phone at a comedy club.

Robin Williams wanted to talk to me. 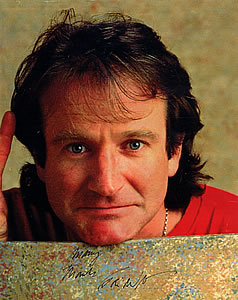 I had interviewed him twice during movie junkets.  Movie junkets are press weekends held in big cities like New York, Chicago or Los Angeles.  They enable entertainment reporters who are not in big cities to fly into town, tape celebrity interviews and take them back to their TV stations.  Both my interviews played very well when they aired on WISN TV in Milwaukee, where I worked before I got the New York job.  That station is Milwaukee's ABC affiliate.  ABC had Happy Days and that sitcom took place in Milwaukee.  So did Laverne & Shirley.  Robin became a TV star on hit sitcom Mork & Mindy. 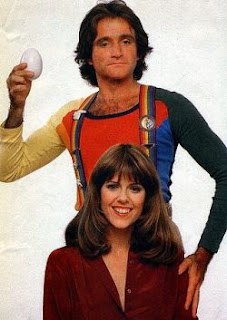 His Mork & Mindy outer space character was spun-off from Happy Days, as was the Laverne & Shirley sitcom.  Those were three very popular ABC shows.  When Robin Williams and I talked for the Milwaukee weekday TV show I co-hosted, he'd grown from the small screen to the big screen.  He was promoting his film work in The World According to Garp (1982) and, later, Moscow on the Hudson (1984). 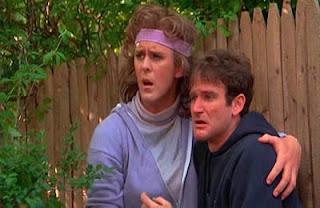 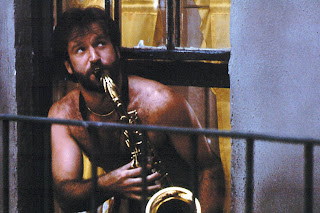 Parts of our interviews were too delightfully naughty to air.  The camera crew laughed a lot.  Hell, we all did.  But I knew I'd have to edit them down a bit for Milwaukee airwaves.  He gave me great interviews and, I am proud to say, that I made him laugh during our conversations.  I think he enjoyed that.  After the interviews, he pulled me aside and chatted with me a bit.  He was very kind and very grateful for the laughs.

Sharon worked for the WPIX executive who discovered and hired me in May 1985. Chunks of my Robin Williams interviews were on my demo reel seen by that executive.  She was his secretary and booked my flights when I was flown in for the job interviews.  She and a date had gone to a comedy club.  Robin Williams made a surprise appearance after midnight.  He was the last act.  Sharon went up to him afterwards, introduced herself as a WPIX TV employee there in Manhattan and asked if he remembered Bobby Rivers, a black guy from a Milwaukee TV station who'd interviewed him.  He did and told her how much fun he'd had in those interviews.  (Let's face it.  Back in those days, I was one of the few black people on the movie junket scene.  You didn't see as many of us covering entertainment then as you do know.)  Sharon told him I'd been hired by her boss and that I was now in New York.  He said, "Get him on the phone."

He congratulated me on the gig and said that he was not surprised that I got to New York.  He felt that's  where I should be.  He asked me specifics about the job.  I told I was hired under a staff news contract because the programming department didn't have the budget.  I was bit concerned because I'm more entertainer, more the programming department, than a hardcore news journalist.  Robin's response was to see how far it would take me, adding "The most important thing is that it got you here."  Then he gave me some very serious and sage advice to deal with the possible margins of being within a staff news contract.  He said "Don't be afraid to be funny."  He gave some weight to that statement.  It really landed on me.  In time, I'd come to realize the wisdom of it.  It wasn't just about dealing with the WPIX contract.  Robin's advice was much bigger -- and it was most generous.

I wish a most groovy, cake-filled, fabulous birthday to Robin Williams.  Happy Birthday, Robin!  He's another of the former ABC stars who graduated from sitcom performances and getting laughs on that network to winning Academy Awards for dramatic work.  Sally Field was Gidget and The Flying Nun, Tom Hanks was on Bosom Buddies, Ron Howard was on Happy Days and won his Oscar for Best Director (A Beautiful Mind, Best Picture 2001).  Robin Williams won Best Supporting Actor for Good Will Hunting. 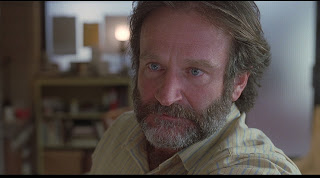 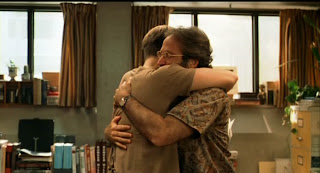 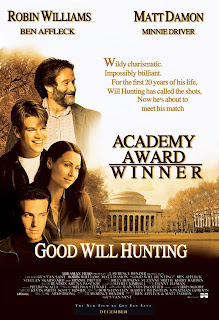 Near the end of my second year at WPIX, I got an offer to be a VH1 VJ.  I had three of the happiest years of my career being a national TV entertainer on VH1.  I loved that New York gig.  How was I contacted?  A top VH1 exec saw me being funny on Channel 11.

Those weren't the only two times I chatted with Robin.  I had further interviews with him during my New York years.  Robin Williams is one of the hairiest, funniest and sweetest men I've ever had the privilege to interview.  And I'm still thankful for his great advice.