Reel Talk on Our TV Pilot

One of the best experiences I had last year was shooting a TV pilot for a possible weekly film-related show to air on a PBS station.  Noted film columnist Gene Seymour and I teamed up to talk about movies, new and old, and about new TV productions.  Racially, this would be a groundbreaking show.

True, a couple of people reviewing new movies and discussing classic films is not a fresh concept.  But, consider this:  We are over a decade into the 21st century.  If you asked most Americans to name two black people they've seen on a regular basis on national TV reviewing movies, they could probably only name the two "Men on Film" from the early 1990s sketch comedy series, In Living Color.  Seriously.  There wasn't a black critic reviewing movies weekly on the CBS, NBC or ABC morning news shows.

Early this year when the Oscar nominations were announced, none of those network morning shows had a black contributor on set to discuss the Oscar contenders.  Charlie Rose had a panel of critics on his show that night.  He forgot to invite a black critic -- and one of the big films being discussed in all those segments was the racially controversial Django Unchained.

The arts and talk about the arts need diversity.  The lack of African-American film critics and movie hosts seen on TV can come off as a media implication that black people have no interest in the fine art of films -- that we have no interest in seeing movies that star Meryl Streep, actor/director George Clooney, Daniel Day-Lewis, Helen Mirren and such.  It can imply that we don't care about seeing subtitled foreign features, documentaries and classic films.  It can also imply that we have no sense of cinema history.  This is simply not true and that's not a message we need sent to Hollywood.  We do not just go see films made by and starring Tyler Perry.  This TV project has become very important to me because it could open a door to more diversity in a field that needs it.  The executive producer is a black woman who has tirelessly worked on this project for well over one year.  She got a green light from PBS to shoot the pilot.  I'm so grateful she asked me to be a part of it.  She then was told she had to find funding for our show.  She'd never done that before but, without help, she learned how to fundraise while doing it.  She delivered the pilot to PBS by Thanksgiving last year.  It's still "in consideration."

They live together and have sweet kids from previous relationships.  Her unpredictable relatives are coming to visit from France.  She's an insecure, nervous wreck trying to deal with her visiting family and prepare her photography for a downtown gallery exhibition. 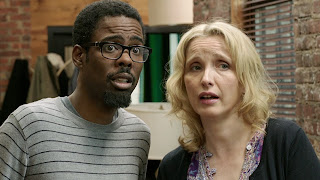 Here's a short clip of what Gene and I had to say about Julie Delpy's 2012 indie comedy. 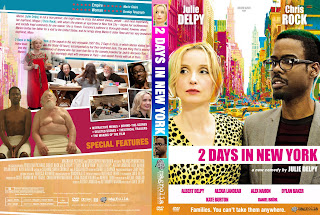 I loved doing that pilot and working with its entire team.  Loved it.  Because I'm shamelessly promoting what I do well, he's another reel of Bobby Rivers on Films:

Thanks so much for your attention.  Wish me luck landing a new gig.