Dennis Farina and a Fan Crush

We lost another good actor way too soon.  He may not have been a big star in the Tom Hanks and George Clooney sense, but this gentleman acquired many fans with his talent and charisma.  I know I'm not the only guy (or doll) who became an instant fan years ago when I saw him in a new movie called Midnight Run starring Robert De Niro and Charles Grodin.  He widened his fan base when he joined the long-running Law & Order franchise for two years on NBC.  I admit to having had a serious man-crush on the silver-haired Dennis Farina.  Yesterday, I was heartbroken to hear he passed away. He was 69. 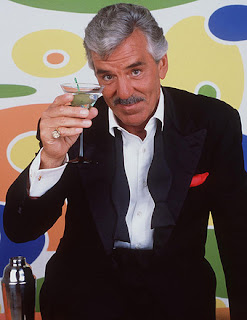 Poor John Travolta.  He lost two co-stars from the same movie in the same season.  Last month, we lost James Gandolfini, who acted alongside Travolta in Get Shorty. 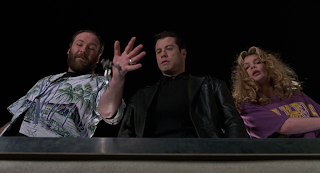 Dennis Farina was also in Get Shorty. 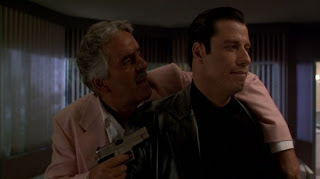 Whether on the movie screen, the TV screen or in a TV commercial, I always dug watching Dennis Farina.  This former cop was a natural-born performer.  Whether he was in dramatic mode like he was playing Detective Joe Fontana on Law & Order... 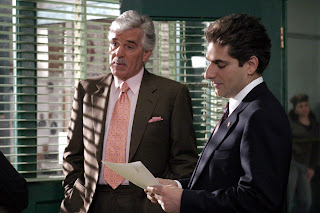 ....and on the big screen in Saving Private Ryan with Tom Hanks... 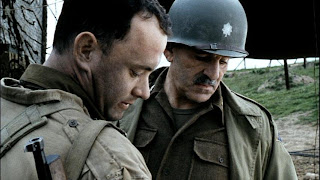 ...or whether he was in comedy mode like he was opposite Bette Midler in That Old Feeling, he made the hard work of good acting easy look easy. 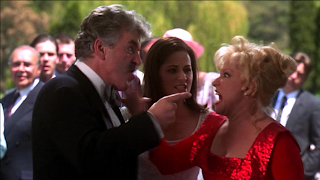 He was like an honorary member of The Rat Pack.  Like Frank Sinatra and Dean Martin, he just had the cool quality coupled with the acting ability to score in both comedy and drama.  Dennis Farina was a fine, smooth actor.

I guess the ABC sitcom Happy Ending didn't have a lot of network support or enough viewers.  I liked it a lot.  It had my interest before its debut when it described itself in promos as being "like Friends  -- only with black people."  Brilliant.  This group of friends lived in Chicago.  Wisecracking, smart slacker Max was a lovable lug of a guy. 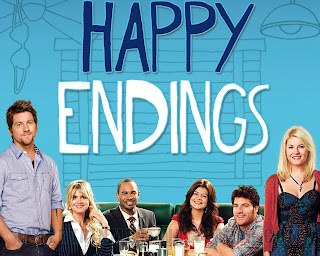 Max was also one of the most refreshing gay male sitcom characters ever to hit TV.  He was just a big regular guy who happened to be gay.  He ate like a Chicago dude.  When I saw him having pancakes and toast in one episode, I almost cried with happiness.  There was no "Eww!  Carbs?  Never touch 'em.  I'm going to the gym!"  He ate.  He preferred watching the game on TV with his buddy to watching a Sex and the City marathon.  Max was no slave to gay male fashion.  He was working class.  He was a good friend.  He was exactly like guys I knew the ten years I lived in Milwaukee and guys I met in Chicago. 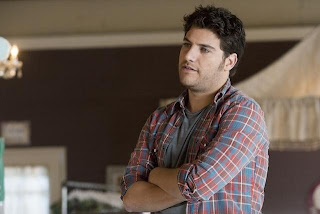 Max was a needed breather from the Jack of Will & Grace, the Mario Cantone character on Sex and the City and that hyper-fabulous couple on NBC's The New Normal.  Instead of another upscale gay male Bambi, we got a kooky bear cub with a heart o' gold. 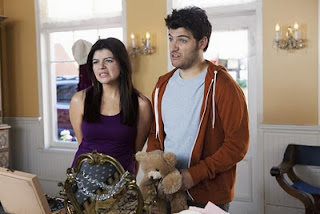 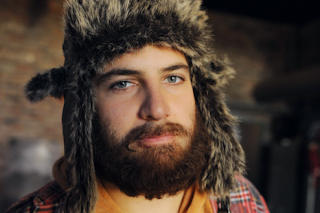 He'd be attracted to a man because of his quality.  Not just looks.  And age was irrelevant.  In one episode, Max named someone whom he found to be hot.  It was ... actor Dennis Farina.  Not under 50.  Not a hunk like Channing Tatum or Bradley Cooper.  Not classically handsome.  But such a classy choice.  And a Chicago native.  I thought that was a great sitcom moment.  Happy Endings was cancelled.  I miss Adam Pally as Max.

And I'll miss Dennis Farina.  If you've never seen him, Robert De Niro and Charles Grodin in Midnight Run, do yourself a favor and rent that 1988 movie soon.  Basically, it's a road movie and a road movie means self-discovery and surprise.  There's usually of pair of opposites, two different travelers who will bond by the end of the story.  In this story, Charles Grodin plays a dorky accountant who's fleeing the law.  He's being chased by bounty hunters (De Niro's character), FBI agents and a Chicago mob boss (Farina). 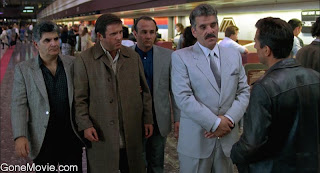 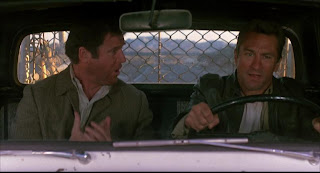 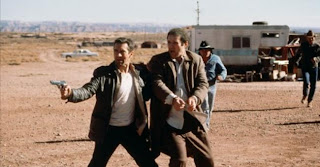 There's wonderful depth and heart in Midnight Run along with the action.  The business with the watch in the movie is some beautiful writing. Martin Brest directed this movie.  It's one of the films he gave us that deserves more attention than it gets today.  De Niro gives one of his best performances.  Another fine film directed by Martin Brest is Going in Style (1979).  That crime caper drama had comedian George Burns delivering the best performance of his film career a few years after he won a Best Supporting Actor Oscar for Neil Simon's The Sunshine Boys.  Brest masterfully delved into the heart of male bonding with Going in Style and this action/comedy starring Grodin and De Niro. 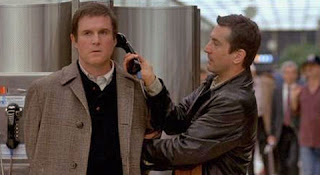 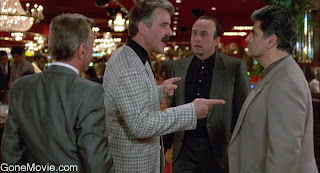 Dennis Farina is excellent in Midnight Run.  He was always worth watching. 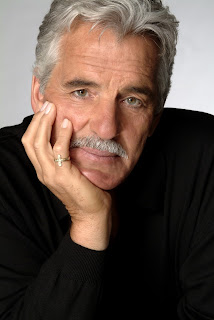