I've blogged this revelation before and I'll blog it again.  I loved Natalie Wood.  When I was a kid and one of her films aired on television, that was "must see TV."  Whether I was watching her when she herself was a kid in Miracle on 34th Street or The Ghost and Mrs. Muir or when she had matured and beautifully blossomed into leading lady roles in Cash McCall, Marjorie Morningstar, Splendor in the Grass, West Side Story and Love With The Proper Stranger, she fascinated me.  I'd sit in front of our black and white TV set many times ready to fall in love with her big, dark expressive eyes and fabulous face. 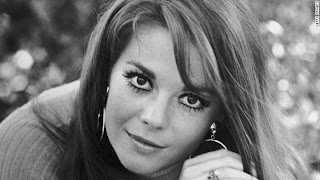 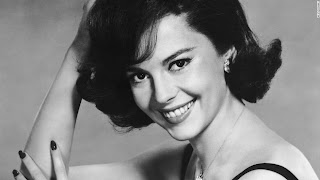 Natalie Wood on the big screen was reason enough to ask Mom if I could go to the movies on a Saturday afternoon to see her in Technicolor in something fun and fluffy like The Great Race or Penelope.

Natalie Wood's star power, popularity and talent helped her book the lead roles in the movie versions of two hit Broadway musicals.  One was the multi-Oscar winning West Side Story (Best Picture, Best Supporting Actor, Best Supporting Actress of 1961) and the other was Gypsy (1962).

Gypsy is her Project Runway.  The basic Broadway story (before it was lightened for screen star Rosalind Russell) had mother/daughter conflict as strong as what Natalie was given to play in Splendor in the Grass.  The score is brilliant.  But, for me, it's not a musical number that grips me the most in the movie, Gypsy.  What stops me in my tracks and makes me go "Wow" is a moment of self-discovery at a mirror.  It's a moment when someone goes from overlooked to special.  And it's a totally unexpected moment.  The good, dependable child has become like a piece of furniture that's always present, a worn cushion that someone can safely fall onto.  She's the rescuer, the one with the common sense.  The young lady acts like the middle-aged parent and the middle-aged mother acts like an irresponsible teen.  Working with a company in a burlesque house, and flat broke, the domineering stage mother begs her daughter to be the last-minute replacement for a stripper who got arrested.  Louise has lived most of her young life hearing that she was not as talented or as pretty as he older sister who broke away from Mom, the act, ran off and got married.

Louise gives in once again to her mother's irresponsible, selfish requests and agrees to do the number.  Mama Rose doesn't realize she's pushing her daughter into stardom.  Louise will become Gypsy Rose Lee.  Standing before a mirror with a rather business-like attitude, she'll remove her robe to check her costume.  It's like a caterpillar shedding a cocoon to become a butterfly.  Alone, stunned at the sight of herself in a sleek blue evening gown, Louise utters "Mama...I'm pretty.  I'm a pretty girl, Mama." 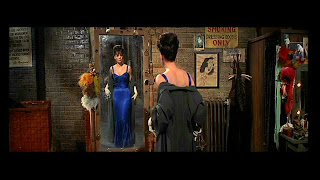 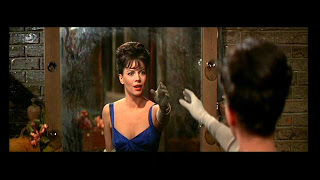 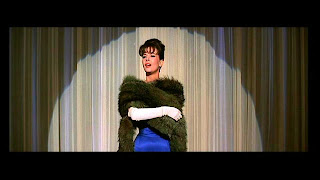 I love that moment.  It gets me every time.  All the emotions wash across Natalie Wood's face and register in her eyes.  She understands the emotional weight of that scene and plays it memorably.  The child who has been weighed down for years by the weight of a parent's frozen dreams on her back will now melt that burden with her own freed sexual sizzle.  It's her declaration of independence.  It's a force the mother cannot control.  It's a force the mother wished she had.  Louise goes onstage to find a new identity, create a gimmick that will get applause and begin her personal transformation from life's background player to celebrated star.

"Let Me Entertain You" was the song that made her sister a popular act in vaudeville.  It was a perky tune, perfect for child performers to sing.  It smacked of young theater hopefuls eager to put on a good show.  Mama gives that music to the conductor for Louise's lady-like strip number.  Louise sings a slower version of it with a burlesque beat.  Now, with her look and the different arrangement, the same song sounds like it's a sexy invitation from a high class female escort out to book a "client" for the evening. 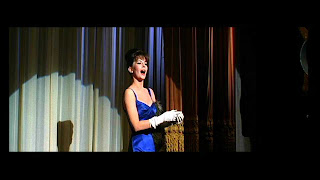 The montage that follows, showing once-overlooked Louise is now headliner Gypsy Rose Lee, is my favorite part of the movie.  She took to heart the lessons sung to her by the veteran strippers in "You Gotta Have a Gimmick."  She's a classy stripper who has risen to bookings in A-list shows and theaters by elegant teasing rather than taking it all off. 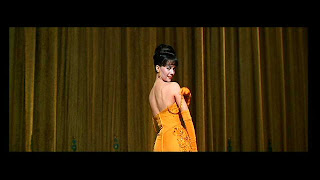 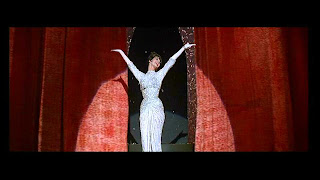 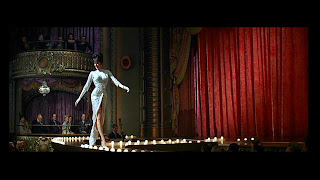 Natalie Wood was a knock-out in this sequence.  How I loved her. 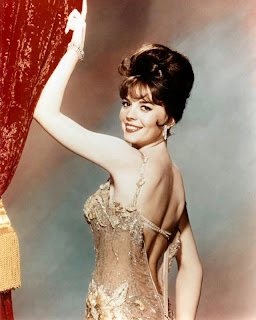 Natalie Wood was born on this day in history.

You want a good DVD double feature for weekend entertainment that features her in fine form?  Rent the holiday comedy Miracle on 34th Street with Natalie as the sweetly cynical post-WWII little girl who has to be convinced that there is a Santa Claus.  To follow that, watch Love With The Proper Stranger co-starring Steve McQueen.  The late actress earned three Oscar nominations in her film career.  This tender, modern romantic comedy/drama performance made her an Oscar nominee for Best Actress of 1963. 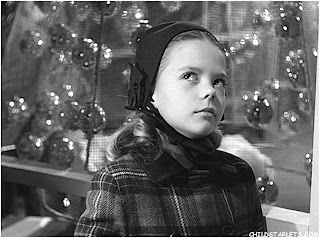 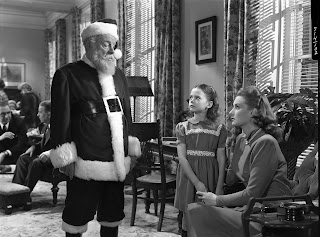 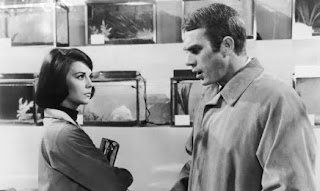 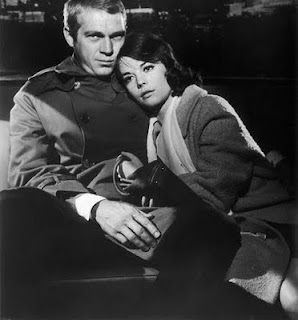 What do these two Natalie Wood New York stories have in common?  Macy's Department Store is an important location in both movies.  Enjoy.
at July 20, 2013