James Cromwell is not a star in the Tom Hanks, Sally Field and George Clooney sense of the word.  He is one very good actor with an Oscar nomination to his credit.  Many of us have probably been watching his fine work for decades and probably didn't realize it.  Besides work in TV commercials, he's a veteran of episodic television.  Remember Norman Lear's groundbreaking classic sitcom, All in the Family?  Opposite Carroll O'Connor, he was Archie Bunker's buddy Stretch Cunningham on the 1970s CBS series. 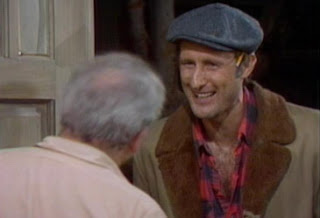 He went to give other good TV performances on shows such as ER, Six Feet Under and American Horror Story.  See?  The tall, lanky dude with a touch of gravel in his vocal pipes is a veteran. 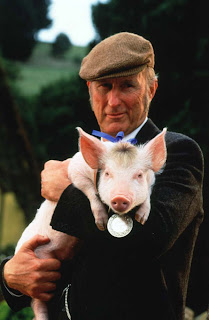 He got good roles in two Best Picture Oscar nominees that had action in Hollywood.  He played a top cop in L.A. Confidential, a crime story that took us back to the 1950s. 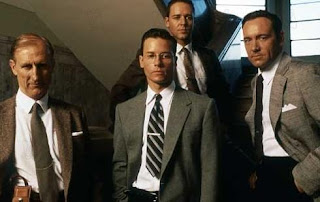 He was a butler to The Artist.  That Best Picture of 2011 Oscar winner that took us back to Hollywood in the 1920s silent film era where a movie star had to learn humility. 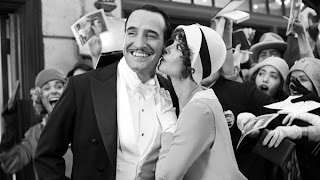 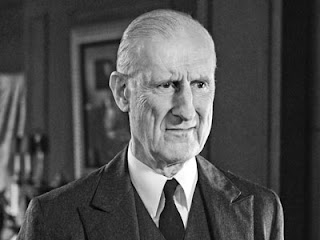 We've always seen James Cromwell in a supporting role.  He's now a leading man.  The moving and very heartfelt film is called Still Mine, directed by Michael McGowan.  It's based on a true story that takes us to meet an older married couple living in rural New Brunswick.  Cromwell is playing older than he is.  The character is well into his 80s and active.  Cromwell is his early 70s.  This is a story about love and the corporate excess that clutters up the lives of simple everyday people.  As his character, Craig, comments, "When did we become a country of bureaucrats?"  A lot of us know the feeling. 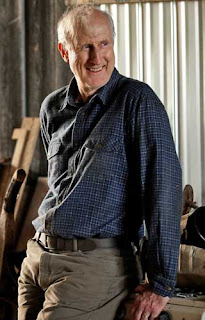 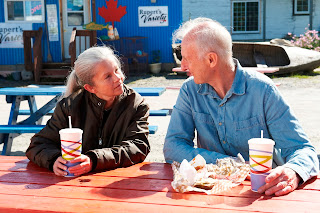 He will hear one sexy and sweet line:  "Take off your clothes, old man."  It's a nice romantic scene.  When the movie ends, you wish this wasn't the first time James Cromwell had the lead role.  Cromwell gives one of the best film performances I've seen so far this year.  He's tough, he's tender, he makes an impact on your heart.

The movie opens in court.  There are building code violations against a house Craig is building.  We go back two years to see why he's building the house.  It's a modest place on land that he owns and has owned for a long time.  He's a craftsman, a builder, a farmer.  But just building a humble little place in the woods where there's nothing else around is now complicated because of corporate rules, regulations and added fees.

As for his wife, she's the love of his life and she still takes delight in his kisses.
Geneviéve Bujold shines in Still Mine as Craig's wife.  My generation remembers Bujold as a doomed British queen in Anne of the Thousand Days.  She was an Oscar nominee for Best Actress thanks to her portrayal of Anne Boleyn.  Richard Burton as King Henry VIII was her co-star in this 1969 historical epic, an Oscar nominee for Best Picture. 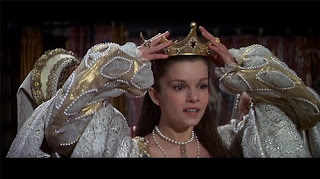 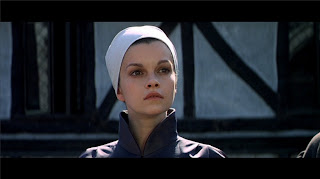 She also did King of Hearts, a 1966 feel-good film very popular with young audiences at revival theaters in the 1970s like Harold and Maude was.  Alan Bates co-starred. 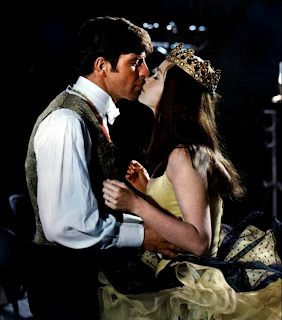 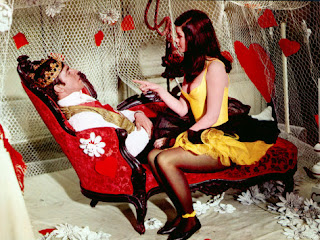 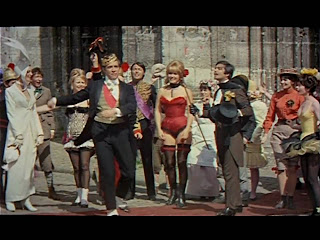 Geneviéve Bujold starred in other films such as Earthquake (1974), the medical thriller Coma with Michael Douglas (1978) and Trouble in Mind  with Kris Kristofferson (1985). 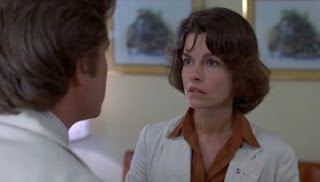 In Still Mine, Irene still has her wit and passion.  She can make Craig laugh.  She can get on his nerves.  She can make him laugh again.  She just can't help the inevitability of getting slower with age and having ailments.  She is still a modern woman.  She still finds her fit senior husband sexually exciting.  This is true love beautifully played. 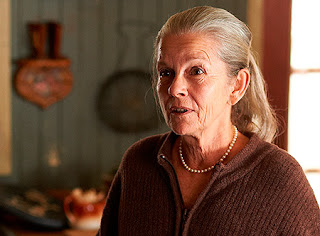 Cromwell and Bujold are golden together.  Still Mine is the kind of story that we see as a made-for-TV movie.  But there's nothing wrong with seeing this on a big screen, especially with those two actors in the lead.  The story is forthright, honest, and never maudlin.   I loved the bedroom scene when the wife says, "Take off your clothes, old man."  And he does.  Fabulous.  Brava, Bujold!  She gives the role grace, wit and sensuality.

The only element that felt slightly "seen-it-before" was the grown children behaving like neurotic old stiffs who are more conservative than their senior parents.  On Golden Pond (1981) and The Bridges of Madison County (1995) had adult children like that.

Back in 1990s, when I lived in New York, I went to see a Broadway show.  My date knew the leading lady and she took me backstage with her to the star's dressing room.  James Cromwell also stopped by. He was recognizable from Babe and L.A. Confidential at the time.  Let me tell you this about Cromwell in person -- he could be the object of a serious senior man-crush.  He is just too cool.  Like a classic jazz musician cool. 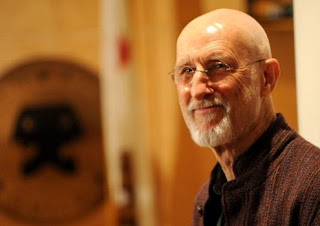 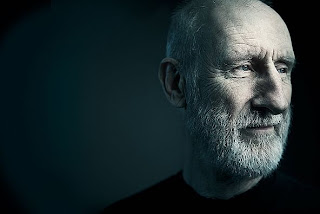 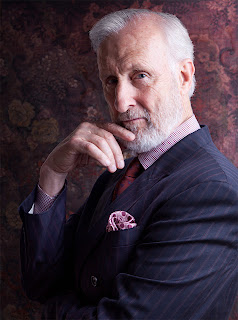 That quality comes through in Still Mine, a good movie. The leading man totally rocks it. 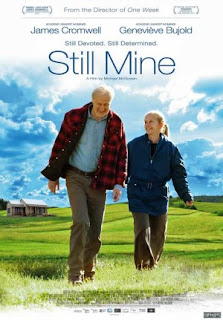 Still Mine is now playing in Los Angeles.  On July 19th, it opens in New York City and additional cities.  It's rated PG-13 and runs about 1 hour 40 minutes.

By the way, here are some questions for you classic film fans.  Have you ever seen Of Human Bondage, the 1934 film that made Bette Davis a star? 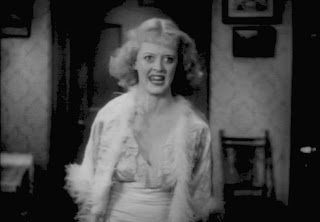 Have you ever seen the Oscar-winning film Since You Went Away, the World War II drama starring Claudette Colbert, Jennifer Jones and Shirley Temple? 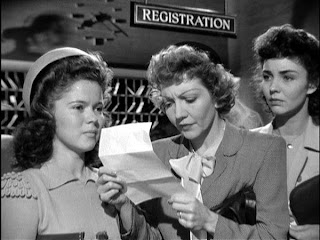 Have you seen Irene Dunne and Rex Harrison in the Oscar-winning Anna and the King of Siam, the dramatic story that was later turned into the hit Broadway musical, The King and I by Rodgers and Hammerstein? 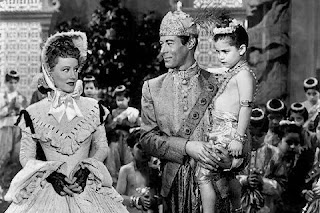 What about Caged, the 1950 women's prison drama that brought Eleanor Parker an Oscar nomination for Best Actress -- did you see that one? 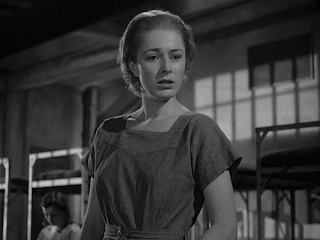 If you saw those movies, then you've seen some of the classic films directed by James Cromwell's father, John Cromwell.