What a difference a decade can make.  Like millions of others Americans, I'm determined to emotionally and financially rebound from The Big Recession.  Having been hit hard by it put me in the position of temporarily living with relatives.  What a blessing to be offered their spare room and kindness after I got laid off a couple of years ago.  How great to have time to bond with my totally cool grade school nephews.  One night recently, the kids invited me to watch a DVD with them.  They put on the 2002 hit, Spider-Man. 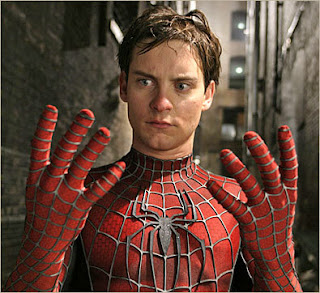 I hadn't seen this fun movie since it was in theatrical release ten years ago.  There's an old saying that "There are no small parts, only small actors."  How true.  It means that even a bit part -- a character with less than a dozen short lines of dialogue -- still affords you a chance to practice your craft, to be creative, to gain experience...and to get paid.  In the first 20 minutes of Spider-Man,  I sat with the kids and said to myself, "Wow."  And I wasn't reacting to the terrific special effects.  A tall actor opposite Tobey Maguire had a bit part as the bully, Flash Thompson.  He picks on Peter Parker in the school cafeteria. 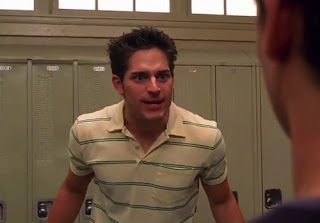 Peter outwits and out-maneuvers Flash with his new Spider-Man powers.  The bully is defeated.  That's the last we see of Flash for the rest of the film. 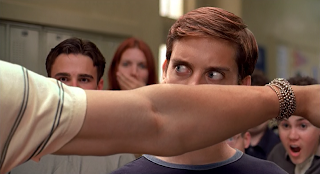 It's 2012 and Joe Manganiello has worked up from that bit part as Flash to being a star on the HBO series, True Blood.  He's a hot character who makes vampires jealous. 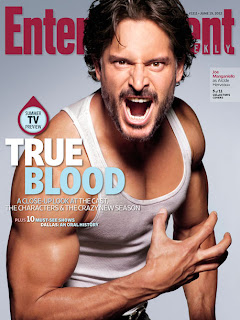 He's the protective werewolf in True Blood.  Sookie falls for his animal magnetism. 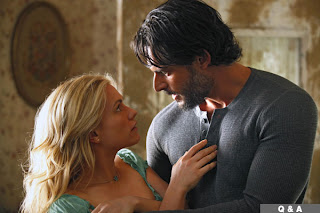 Within that same opening section of Spider-Man, Peter signs up for amateur night at a Manhattan wrestling match. The actress with the role of Check-In Girl has about two or three short lines of dialogue.  Today, she's known for a story that took us below the Mason-Dixon line.  Octavia Spencer worked up from that bit part as Check-in Girl to play Minny, the steely 1960s Southern maid getting sweet revenge on bigotry in The Help. 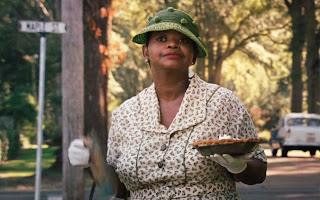 A decade after those few lines in Spider-Man, she now owns an Academy Award.  For her performance in The Help, Octavia Spencer was voted Best Supporting Actress of 2011. 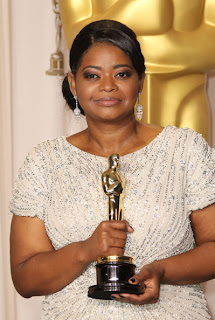 There's a lesson to be learned in those Spider-Man bit part performances.  We can't all become stars in show business.  But we can be professionals and take the work seriously.  Perseverance pays off.  I told that to my nephews.  Keep the faith.