The new Woody Allen comedy out is called To Rome With Love.  Actress Judy Davis works with him again.  Here, she plays his sophisticated and loving longtime wife. 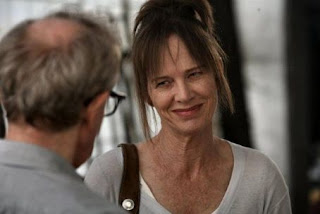 Jerry (Allen) is a nervous flyer but he and Phyllis (Davis) are flying to Rome to visit their sweet daughter and the Italian she plans to marry.  They are very happy parents.  Jerry's in the entertainment business and Phyllis is used to enduring his occasionally lame ideas for hits.  She and their daughter attend once such event Jerry arranges in Rome.  He discovered the Esther Williams of opera singers.  The singer needs water for confidence and to bring out his true star potential.  He's related to Jerry's future son-in-law. 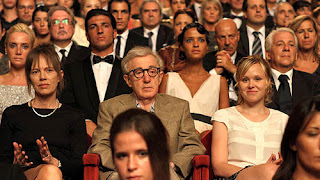 The daughter is played by Allison Pill who's currently in the regular cast of the HBO series, The Newsroom.  When I was in San Francisco watching the movie, it hit me that Judy Davis and Allison Pill were playing mother and daughter for the second time.  The first time around was when Davis gave  one of the best ever TV biopic performances as singer/actress/show biz legend Judy Garland in the 2001 ABC network adaptation of Life with Judy Garland:  Me and My Shadows.  The production was based on a book by Garland's daughter, Lorna Luft.  Allison Pill played young Lorna. 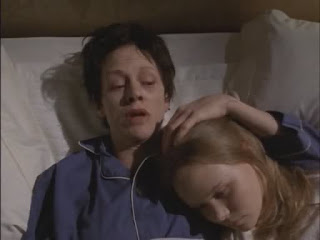 The biopic got rave reviews and Judy Davis won an Emmy for this performance.  Had it been a film release, I'm positive she would've had another Oscar nomination to her credit. 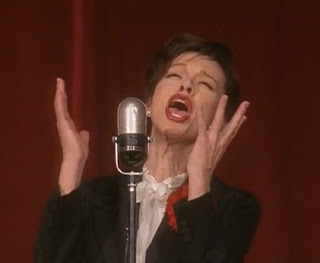 I liked her work in To Rome With Love.  I'll mention Woody Allen's comedy later on this month in a great TV opportunity that I got.  It's not a job but it's the closest I've come to being considered for a possible job since I was laid off a couple of years ago.

I'll be the co-host in a TV pilot for a possible new film review/interview show!  As I wrote, this is not a definite gig.  We tape the pilot near the end of the month.  Then big city execs decide whether or not to give it a green light.  BUT ... I so dig talking about movies, talking to people who make movies, and inspiring young viewers to embrace the art of classic films.  I am very grateful the auditions and this opportunity came my way.  The producer likes things I know about movies and actors -- like the fact that Judy Davis and Allison Pill worked together before playing mother and daughter for Woody Allen.