Last weekend, I got to see Christopher Nolan's closing chapter in his Batman trilogy, The Dark Knight  Rises.  I won't go into the plot here, in case you haven't seen it.  But terrorists occupy Wall Street.  Catwoman represents the anger of millions of working class Americans who can't make a living today  because the rich keep getting richer.  Sir Michael Caine returns as Bruce Wayne's confidant and steely butler, Alfred.  If you're a young person interested in the craft of acting, you must go see this movie.  Not for the sake of action entertainment -- and you will be entertained in the action department -- but to see Michael Caine in action.  If you can't learn a thing or two about acting from watching him at work, you need to pursue a different profession.  He's one of the best. 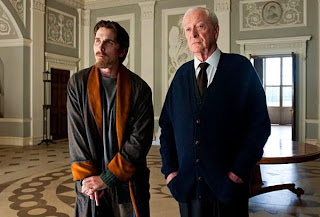 I've been watching his work for over half my life so far.  He gets a couple of choice scenes in this film as Alfred reveals innermost dreams that didn't seem to come true.  The world-weariness fills Alfred's eyes as if against his will.  It's awkward, embarrassing, real.  I sat in my cineplex seat and said to myself, "Wow."  As Alfred the butler, Michael Caine is a master class of film acting technique.  Yes, young actors.  Watch this movie...and learn. 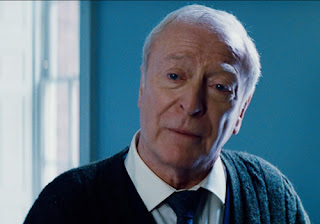 To bring that quality of complicated human emotions to what is basically a comic book character is truly brilliant.  Alfred is not just merely a manservant who can keep a secret.  He is a man who cares deeply.  An imperfect man, which gives him depth.  A young British actor, new to American filmgoers and someone whose work Caine highly praises, plays the villain.  Tom Hardy clashes with Batman as Bane.  Like Batman, he needs to keep his face partially obscured.  Like Batman, he knows two women in Gotham City. 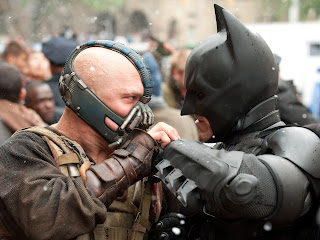 If you want to see one helluva riveting performance, rent the British film Bronson.  Based on a true story, Hardy burns up the screen as the real-life violent criminal.  So violent that the British prison system slapped the brute into solitary confinement.  A buddy recommended this film to me.  Honestly, I avoided it for a couple of weeks thinking it was another movie that made violence amusing -- like a video game.  Just the opposite. 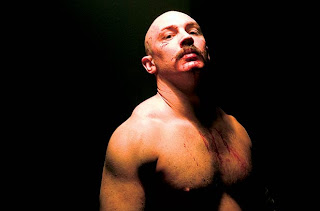 Bronson looks at a rabid-like aggression that's somehow allowed to run free for a time in society.  It also looks at the consequences of violence.  Hardy is astounding in it.  They've been done but if I remade the classics Alfie and Sleuth today, I'd cast Tom Hardy in the roles Michael Caine had.  No disrespect to Jude Law who did star in the remakes. 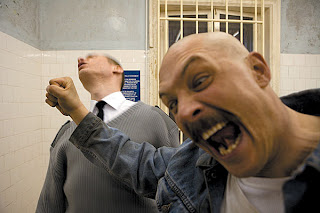 To this vile character -- who can be oddly tolerant of alternative lifestyles -- prison is like a college dorm.  He's scary even when he's totally naked and behind bars.  Bronson is not made out to be a misunderstood hero in this 2008 film, one that has echoes of Kubrick's A Clockwork Orange.  The convict tells his tale onstage.  In stage make-up.  Bronson touches on the oddity of celebrity worship too.  Tom Hardy got lucky with Bane. 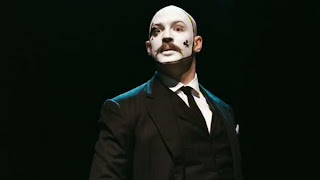 Hardy's acting hero is trilogy star Gary Oldman.  He claims to have "stolen" a lot from Oldman's style when he played the lead in Bronson.  Oldman reprises his Commissioner Gordon character in The Dark Knight Rises.  Gordon's body and soul are in danger here. 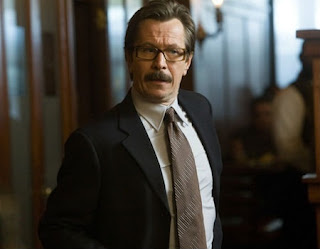 Tom Hardy did not hold back on showing his respect and affection for Gary Oldman. 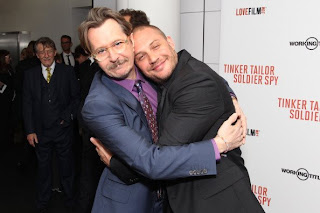 The Dark Knight Rises -- neither a shortage of exciting action nor excellent acting.  Oldman, Hardy and  Sir Michael Caine -- The Master -- rise to the occasion.
at August 18, 2012