Happy Birthday to Dustin Hoffman.  For many years, he's been one of my favorite actors.  Also, one of my favorite interviews.  When I worked on WISN TV, Milwaukee's ABC affiliate, I flew to New York City to participate in the press junket for Tootsie.  Our interview was sweetly daffy at times yet still focused on Mr. Hoffman and his 1982 film, now a comedy classic.  A noted journalist sat in the room during my interview. 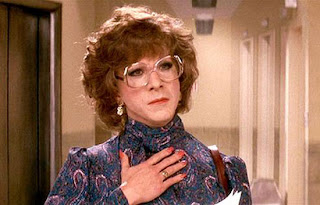 Parts of the interview were quoted in a cover story that Arthur Bell was doing for The Village Voice.  Mr. Bell, who had a kindly senior wizard vibe about him -- like Gandalf in Lord of the Rings -- took me by the hand after the interview, complimented me and gave me advice.  He made me promise to focus on leaving Milwaukee and working in Manhattan.  He wrote a wonderful weekly column called "Bell Tells."  His was such a distinct, slightly Dorothy Parker-esque voice on arts/entertainment and pop culture for The Village Voice.  After his death, he was replaced by Michael Musto.  Mr. Bell's generous mention of me in his feature on Dustin Hoffman brought me some NYC attention.  I moved there in April 1985 to start work on WPIX TV/Channel 11.

I still feel that Dustin Hoffman brought me luck.  He's been nominated for the Best Actor Academy Award seven times.  He's won twice (Kramer vs Kramer and Rain Man).  His great performance as Ratso, the loser friend to Jon Voight's wannabe Manhattan stud-for-hire in 1969's Midnight Cowboy, brought him one of those Oscar nominations. 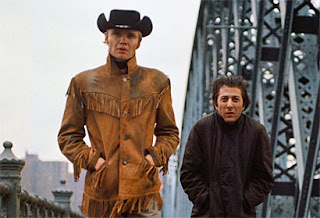 Hoffman's other 1969 movie showed a cleaner, more upscale couple in Manhattan.  Just like in Midnight Cowboy, sex is part of their story.  The movie is John and Mary.  It co-starred an actress who, surprisingly, has never been nominated for an Academy Award -- Mia Farrow.  She's got several solid performances to her credit.  Not one nomination.

These two meet in a bar, mutual sparks fly, they go home together, have sex that night and then try to get to know each other the next day.  Sex is easy.  Intimacy takes work. 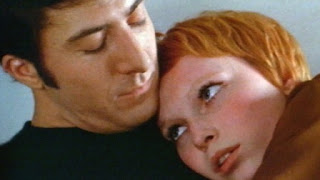 As we follow their story, we meet John's mother.  She's played by another future Academy Award winner.  She won for playing another mom.  The Brooklyn Italian mom in Norman Jewison's "Snap out of it!" romantic comedy, Moonstruck. 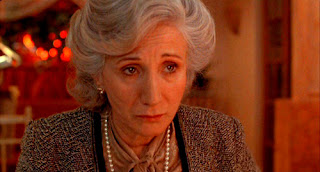 Olympia Dukakis was cast as the mother to Dustin Hoffman's character in John and Mary -- and Hoffman was born only six years after Ms. Dukakis was.  I interviewed her for the special fine arts events at The Center, a gay & lesbian community center on W. 13th Street in New York City.  She was a terrific guest and the audience loved her.  She loved that I'd done my homework.  The ability to come off much older that she was may not have been good for another woman's vanity, but it brought Olympia Broadway and film work and...it brought her an Oscar for Best Supporting Actress of 1987.  So when you see Dustin Hoffman and Olympia Dukakis in 1969's John and Mary, keep it mind that they could be playing sister and brother instead of mother and son.  You're watching top actors at work.  Mia too.  For the 1982 Best Actor Oscar race, Hoffman didn't win as Tootsie.  Ben Kingsley won as a man Hoffman was considered to play -- Gandhi.