At Home with Louis Gossett, Jr.

Here's a still from the hit 1982 movie that earned Louis Gossett, Jr. an Oscar® nomination for Best Supporting Actor.  As the drill instructor, he barked orders to the Navy brat Richard Gere played in An Officer and a Gentleman. 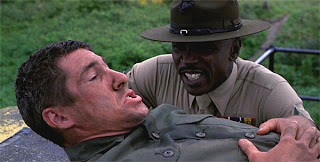 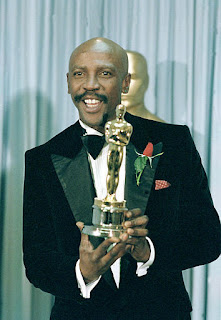 Over the weekend, I had a great privilege to tape an interview with the Academy Award winner in his Malibu home.  I saw his Oscar.  It was right next to the Emmy he won acting in the groundbreaking 1977 ABC miniseries based on Alex Haley's Roots.  How did I wind up being invited to Mr. Gossett's Malibu home?  I got the co-host spot in a TV pilot!  That interview will be in the film review/interview show pilot.  I can't put in mere words how grateful and jubilant I am to have this opportunity.  I got laid off from my median income job in 2009.  As hard as I tried to inch and climb up, I still fell below the poverty line -- just like millions of other working class Americans did.  This TV pilot is a major ray of hope for me.  It's the biggest possibility for employment I've had since my lay-off.  Mr. Gossett and I talked about the current U.S. financial crisis and the spiritual lessons such unexpected, humiliating turns can teach us.  We also talked about...movie sex symbol and Hollywood legend Marilyn Monroe.  Did you know that he was in Actors Studio classes with her? 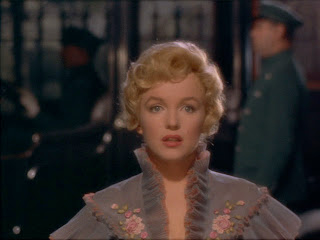 I asked him how the scenes Marilyn Monroe did in class differed from what we saw her do on the big screen.  Lou Gossett enthusiastically answered that, had she lived, he would not be surprised if she'd won an Oscar for acting.  He said that her class work in scenes from two top plays written by Tennessee Williams was extraordinary.  In fact, she wanted him to act opposite her in a scene from Williams' lusty The Rose Tattoo.  He politely declined.  The reason?  There's only so much a healthy, red-blooded man can stand. 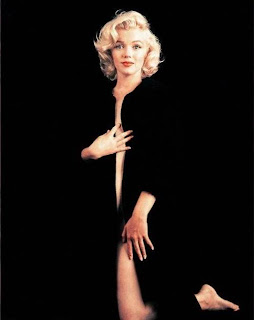 Lou had a hard difficult time being next to Marilyn Monroe without sporting an obvious masculine physical reaction to her charms and sex appeal.  Gossett also gleefully talked about Maggie Smith, currently a big hit on PBS' Downton Abbey.  In the 1972 comedy/drama Travels With My Aunt, he played "Wordsworth," a trusted companion to madcap con artist, Augusta Bertram. We meet her when she's a senior citizen.  In flashbacks, we'll see her young and beginning her eccentric ways of life.

Directed by veteran filmmaker George Cukor, this performance brought Maggie another Oscar nomination for Best Actress.  When I mentioned that Cukor was often called "a women's director,"  Gossett said that it was because Cukor was tough on women.  He didn't let them get away with anything.  I asked if Cukor was tough on Maggie Smith.  He told me that, indeed, Cukor was.  Gossett adored Maggie Smith.  Obviously, he still does. 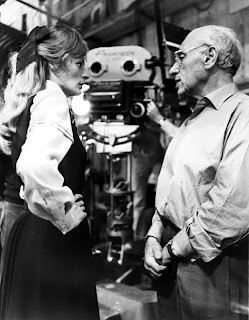 .
I blogged recently about the late, great Diana Sands. He worked opposite her on Broadway and in the 1961 film version of Lorraine Hansberry's A Raisin in the Sun.  He and Sands worked together in The Landlord, the first film directed by Hal Ashby.  Sands, a remarkable actress, broke colors barriers on Broadway when she starred in George Bernard Shaw's Saint Joan.  She was the first black actress to do so. 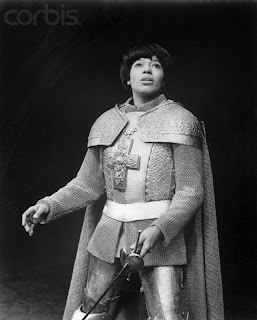 Gossett told me she "was heartbroken" that she did not get the opportunity to recreate her Broadway comedy performance in The Owl and the Pussycat for Hollywood.  Opposite Alan Alda, she originated the role of the annoying, opinionated hooker/actress that went to Oscar winner Barbra Streisand for the 1970 film adaptation. 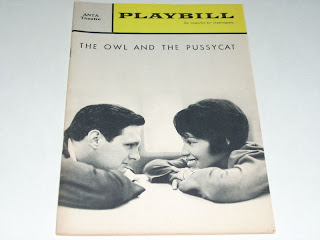 Lou Gossett whole-heartedly agreed with me that Diana Sands, who succumbed to cancer at age 39 in 1973, should have been a Best Supporting Actress Oscar nominee for 1970's The Landlord.  As I blogged previously, her performance in it was luminous. 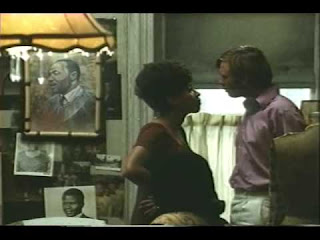 The original Broadway castmembers of A Raisin in the Sun reprised their roles in the movie version.  Diana Sands (far left of below photo) was the intellectual sister to Sidney Poitier's character.  Lou Gossett (far right) was the realist who wants to marry her. 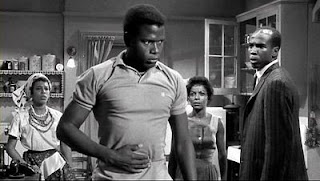 Poiter and Gossett would go on to make Oscar history.  Sidney would be the first black man to win for Best Actor.  Lou would be the first black man to win for Best Supporting Actor.  Poitier, Ruby Dee, Gossett and Diana Sands performed the words of playwright Lorraine Hansberry.  Like Sands, she died young after being stricken with cancer.  Hansberry dropped out of the University of Wisconsin-Madison.  She found college too limiting and uncreative.  She went to New York City to pursue a writing career.  She made African-American and Women's history.  Based on experiences her Chicago family had with racial segregation, A Raisin in the Sun was the first play by an African-American woman to be produced on Broadway.  It was a hit.  Hansberry was not yet 30. 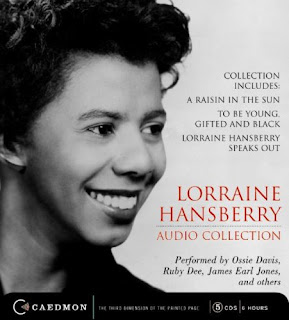 Lorraine Hansberry used her talent to speak out against racism and homophobia.  She was vocal for civil rights and gay rights.  She died in 1965.  I asked Gossett what Ms. Hansberry was like.  He described her as a strong, focused, passionately political personality in those early days of the Civil Rights movement.  In the interview,  I said that Lorraine Hansberry's story sounds like it would make a good big screen biopic.  I asked who he'd cast in the lead.  Lou Gossett quickly said "Taraji P. Henson."  TV viewers watched on the CBS series, Person of Interest and saw her in The Curious Case of Benjamin Button.  She got an Oscar nomination for playing Button's mother.

Mr. Gossett and I discussed Hollywood disappointments after his Oscar win and TV disappointments early in his career.  Did you know he was originally cast as Gale Sayers in the big hit made-for-ABC TV movie, Brian's Song?  The true tale of two NFL teammates' unlikely friendship starred Billy Dee Williams after Gossett injured his foot. 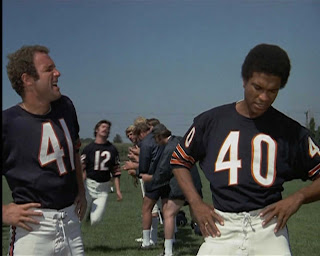 James Caan played Brian Piccolo.  The 1971 tearjerker story of the Sayers and Piccolo friendship off the field during Piccolo's terminal illness was a network touchdown. 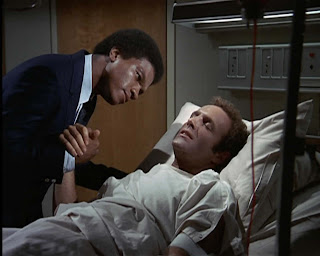 But ABC execs did remember Gossett's talent years later when casting for Roots, the legendary miniseries that brought him an Emmy.  He did say that Billy Dee was excellent as the famed football star.  Speaking of athletes, actor/producer Lou Gossett, Jr. has a script.  Olympic champs have transitioned from athletic glory to movie stardom.  Most notably, Johnny Weissmuller starred as Tarzan the Ape Man for a successful MGM franchise in Old Hollywood studio days.  He took Olympics gold for swimming.  His Tarzan adventures included swimming sequences.  Sonja Henie was an Olympics champ for ice skating.  Henie was a box office champ starring in 1930s musical comedies for 20th Century Fox that showcased her skills.   Gossett has a movie project he believes is right for Gabby Douglas -- the lady who took gold for her amazing skill in gymnastics. 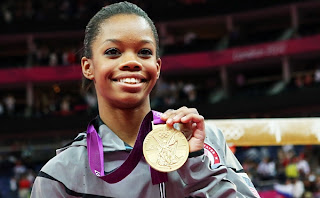 I saw the script.  Gossett's ready to get it to Gabby if he can.  There's a small role in it for him too.  I hope Gabby meets with him.  I had such a wonderful and meaningful time with the actor.  I've paid to see him on the big screen.  I've watched him on the small screen. 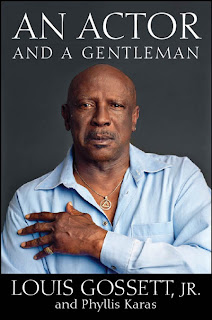 I never, ever dreamed that one day I'd be interviewing him in his Malibu home.  His autobiography came out last year.  The title describes him succinctly.  We shoot the rest of our TV pilot episodes the last weekend of this month.  My interview will be in them, in two parts.  Say one for me.  I like this project a lot.  I'm praying it gets picked up.  Oh!  I did have one "movie geek" moment with Lou Gossett.  He was in the original cast of Golden Boy, the 1960s Broadway musical version of the Clifford Odets drama.  The musical drama starred Sammy Davis, Jr.  Off-camera, Gossett commented that he loved the 1939 movie with newcomer John Garfield.  I smiled and said, "William Holden."  He smiled back and said, "John Garfield."  I kept a polite smile plastered on my face as I replied in a slightly lower register, "William...Holden.  And Barbara Stanwyck."
Nevertheless I still had a lovely, lovely time at Lou Gossett's home in Malibu.  Our two-part interview may be posted online after we finish taping the show's pilot episodes for PBS.  And it was William Holden as Golden Boy in 1939.  Not John Garfield.  See?