As far as I'm concerned, this world is a better place because Phyllis Diller was in it.  There was simply no one like Diller.  Her look was unique.  Her voice was unique.  Not only her physical voice but her voice, material-wise, in her stand-up comedy act.  Years before Roseanne Barr hit the ABC sitcom arena with her "domestic goddess" character, Diller was making me laugh so hard I cried with her stories about her husband, Fang, and her bad housekeeping skills.  ("Fang's so stupid, he thinks a royal flush is the john at Buckingham Palace."  "You know how some women say 'My kitchen floor's so clean, you could eat off it'?  You could eat off mine too.  Lord knows there's enough food on it.")  In the male-dominated field of stand-up comedy, she was a breakthrough. 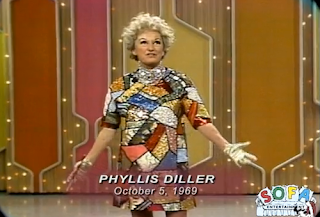 Phyllis Diller helped me win a Kimball spinet piano.  This was on my first television appearance way back when I was kid attending a parochial high school in the Watts section of South Central Los Angeles.  The exact year?  Can't recall right now.  But I do know it was definitely after I'd recovered from the death of Judy Garland and it was before I got accepted to Marquette University.  I was determined to prove to my mother that I was serious in my passion for classic films.  In The Los Angeles Times, one Sunday, I read an ad seeking "Movie Buffs."  They were wanted for a new TV game show about classic film trivia.  I badgered my now-divorced working mother to let me go to Hollywood, take the written test and see what happens.  She drove me.  I aced the classic film trivia written test.  I aced the next one.  And the one after that.  I became the youngest and first black contestant to be on the syndicated night time program, The Movie Game.  This was a weeknight show that had celebrity guests as teammates for the contestants.  My teammates were Phyllis Diller and former beefcake movie actor, Hugh O'Brian. 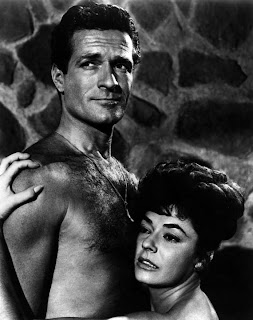 The brawny actor found bigger success on the small screen on the hit TV series, The Life and Legend of Wyatt Earp.  That western made him a star. 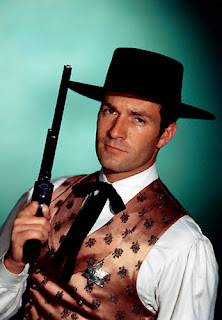 Look at the size of Wyatt Earp's gun.  That lawman was packin'!  O'Brian was a big friendly bear of a man. Phyllis was just as effervescent off-camera as she was on-camera.  I got to hear that fabulous laugh of hers in person.  Backstage, she chatted with Mom and really connected to her being a single working mother with three kids.  And the oldest child just changed the image of black urban youth by pressing a buzzer on a TV game show and saying "The answer is Ann Miller in Kiss Me Kate!"  My celebrity teammates were terrific.  My opponent, another high schooler who was found for that special Teen Edition of The Movie Game, had Dyan Cannon and star of TV's The Fugitive, David Janssen.  They were on the losing team.  Yes -- I was the first black contestant, the youngest one at that time...and the first black champion on The Movie Game.  We shot the show on the old Goldwyn Studios lot in Hollywood.  My grandparents got to see the show when it aired in New Jersey.  My classmates and teachers got to see it when it aired on KHJ/Channel 9 in Los Angeles.  This was decades before VCR, DVR, DVD, VHS, the internet and taking photos with your phone.  I wish I had a copy of the show but, apparently, no copies of the shows exist.  I got that info in an email from the surviving host.  The Movie Game was co-hosted by popular New York City TV talent, Sonny Fox.  On the East Coast, he'd hosted a kiddie show called Wonderama. 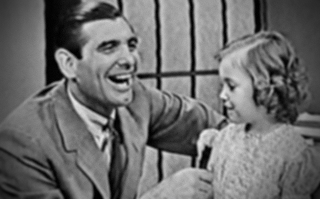 Sonny Fox is still with us.  In fact, Whoopi Goldberg will be interviewing him for a special Paley Center evening event in New York City on September 24th.

Whoopi, a Wonderama fan, will chat with Sonny Fox about his 40 years in television.  His co-host on The Movie Game was veteran Hollywood reporter, the late Army Archerd. 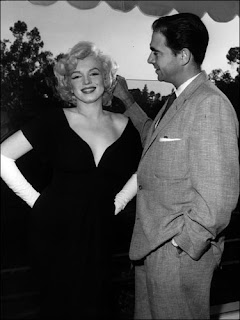 Archerd, the renowned and respected longtime columnist for Variety, interviewed just about every star  who ever worked in front of movie camera. 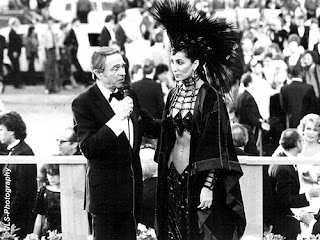 Apparently, Sonny Fox and Army Archerd got along like Joan Crawford and Bette Davis.  I heard the friction carried over into who owned the show's rights.  That's a reason why The Movie Game had a short run and it's also a reason why copies of the show don't exist.  You know what's ironic?  Today, it's exactly the kind of game show I'd dig hosting on national TV.  What a fun, exciting experience that was.  One day, you're in the curfew area of the Watts Riots of the 1960s.  The next, you're backstage standing next to Stephen Boyd and Jeanne Crain during a break in shooting.  Check my blog archive.  I wrote more about this in my April blog entry, "TV's Wyatt Earp and Me."  I'm pretty sure I was the first kid from South Central L.A. to win a spinet piano, a stereo, art supplies and a rug by answering "Sonja Henie!" on syndicated television.  And Phyllis Diller helped me to victory.  That was my high school summer vacation one year.  How cool is that? 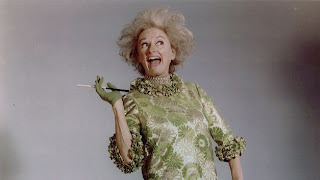