Hong in there: R.I.P.D. Opens Today 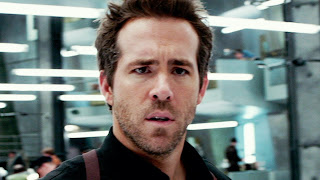 He's the cute cub and the papa bear is played by Jeff Bridges.  The movie is  R.I.P.D. 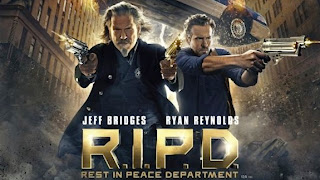 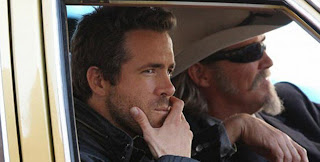 I've read that it's sort of a mash-up of Ghostbusters and Men in Black.  In 3D.

There's a supporting actor in the cast that I'm sure you know, but you just don't know his name.  He's got an extensive resumé of movie work, TV work and voiceover work.  He was what's just about my favorite film of the 1970s -- which is also one of the best Hollywood films of the 1970s -- and he's in a goofy guilty pleasure comedy of mine.  Let's start with the guilty pleasure.

OK.  So I don't have totally refined, sophisticated taste like hightone movie critics you hear on National Public Radio.  I admit it.  And I admit that Balls of Fury made me laugh. 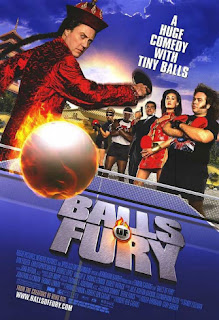 What's not to like about an undercover secret mission involving a deadly ping-pong competition with Christopher Walken as the villain in this get-up?  Dig the hairdo. 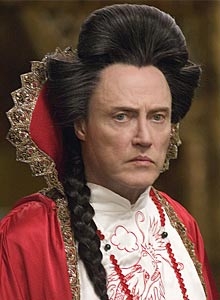 Yes, I was entertained.  Have you seen Walken's Balls of Fury?  Big laughs. Someone else in that cast who made me laugh a lot was veteran actor James Hong.  Here he is next to co-star George Lopez.  Thomas Lennon on TV's Reno 911! sitcom wrote it. 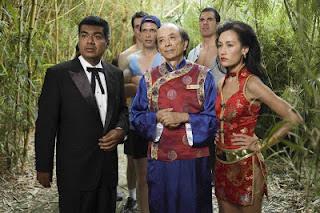 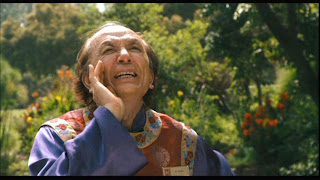 In Balls of Fury (2007), James Hong scored comically lampooning the kind of roles he did for years on popular classic TV shows like Kung Fu and Bonanza. 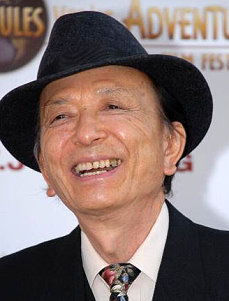 Sci-fi fans will know him as the actor who played Hannibal Chew in Blade Runner (1982). 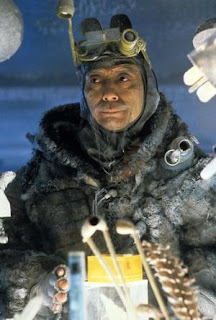 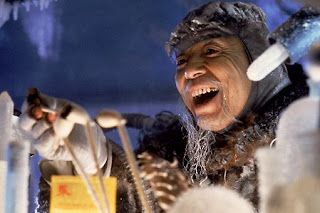 He was also the ghost sorcerer in John Carpenter's Big Trouble in Little China  (1986). 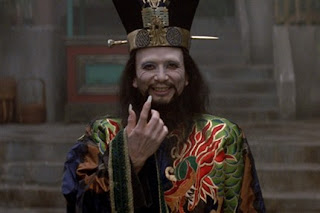 James Hong got laughs for the Zucker Brothers in the 1980 hit, Airplane! 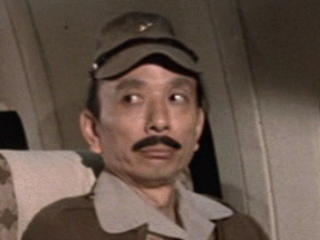 I first noticed him onscreen at Grauman's Chinese Theatre one summer weekday afternoon when I took buses from South L.A. to Hollywood to see....Chinatown.  I was a student then.  You want to win my heart?  Invite me over one night to have pizza and watch a DVD of that 1974 film noir-in-color classic by director Roman Polanski.  James Hong played the butler to Evelyn Mulwray (Faye Dunaway).  The butler knows the real Mrs. Mulwray and the butler has to deal with private eye, J.J. Gittes (Jack Nicholson). 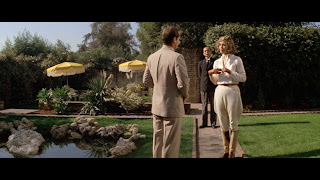 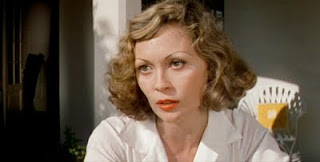 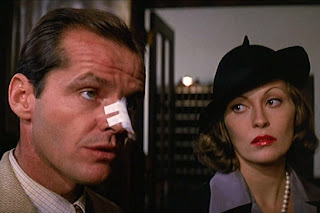 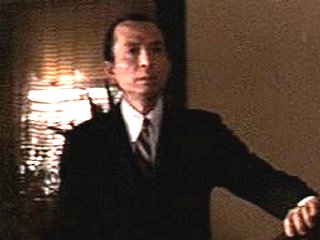 Evelyn Mulwray, the the recently widowed daughter of corrupt Los Angeles tycoon Noah Cross, has indeed been double-Crossed.  The butler knows all the drama going on behind her closed doors.  Chinese-American James Hong was born in Minneapolis and studied civil engineering at University of Minnesota. He graduated from University of Southern California.  By then, he'd gotten interested in acting.  Hong became one busy actor who was able to put Best Picture Oscar nominee Chinatown on his resumé.  Not bad.  By the time Hong worked with Jack Nicholson, Faye Dunaway and Roman Polanski, he had about 20 years of film and TV experience -- credited and uncredited.  His long list of TV credits goes back to the 1950s with programs such as The Loretta Young Show, Peter Gunn, Dragnet, Bat Masterson and Playhouse 90. 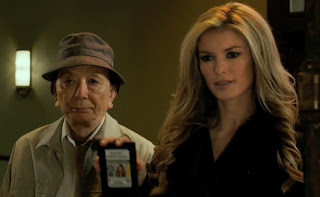